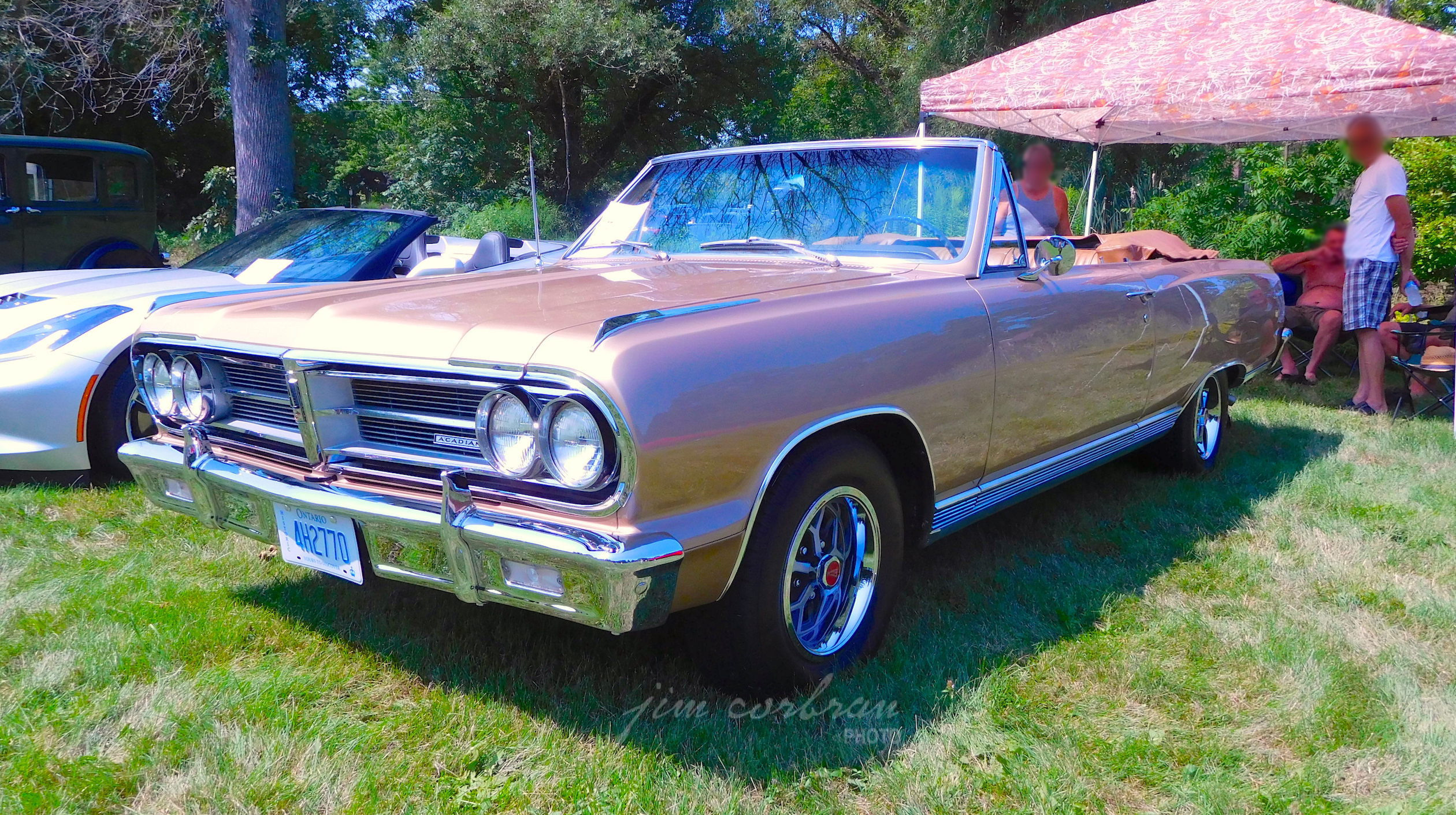 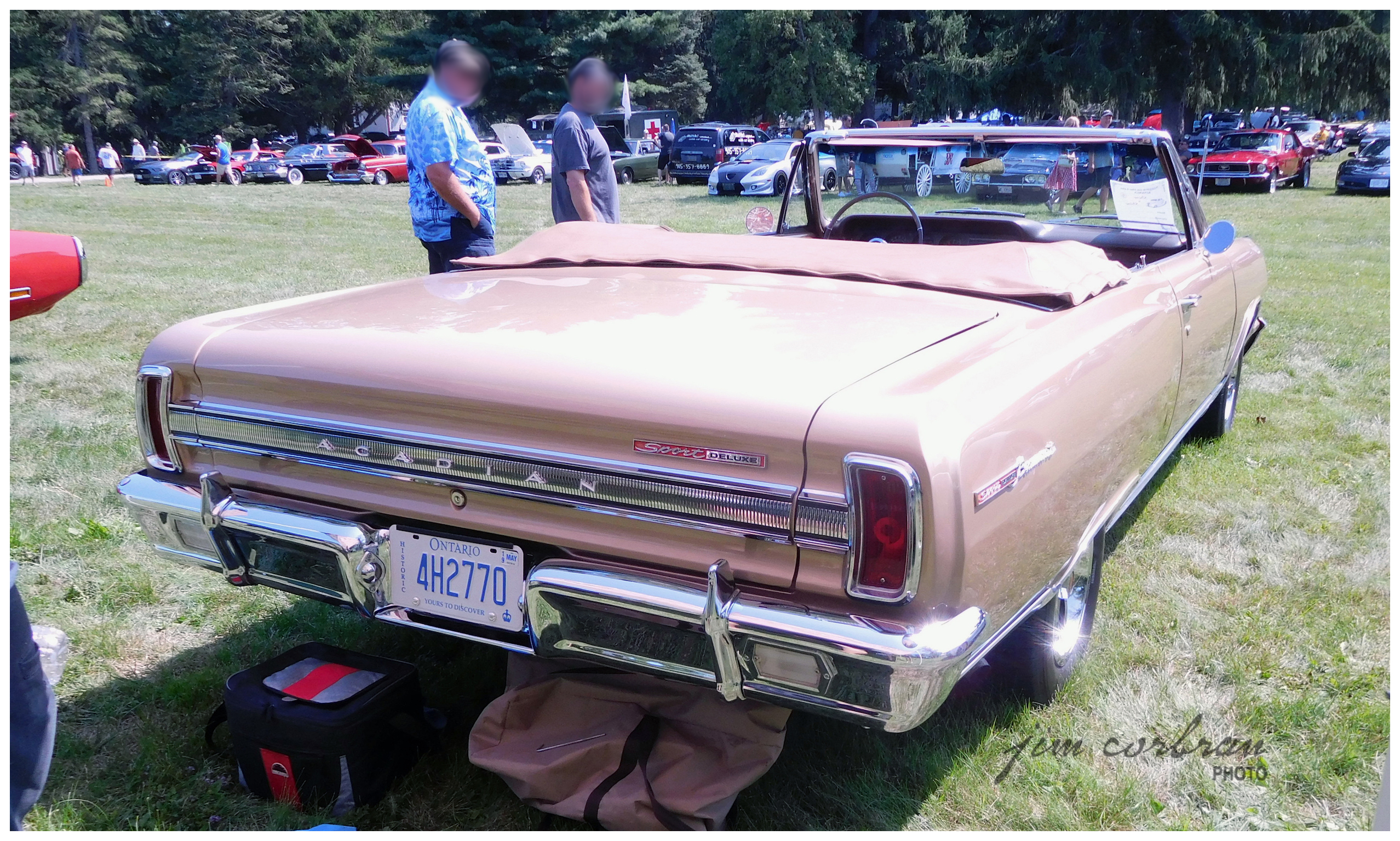 Yes, at a glance this looks like a Chevelle with a custom grille… in reality it’s a 1964 Acadian Beaumont Sport Deluxe. (Regular readers of this space by now know better than to call it a “Canadian Chevelle,” even though it kind of is.) But truth be told, the Acadian was a separate brand, sold only in Canada at Pontiac-Buick dealers who, due to a quirk in General Motors’ marketing plan, weren’t availed of the Pontiac Tempest. So the Acadian was devised for them to have a competitive low-cost compact/mid-size car in their showrooms. For model years 1962-63 the Acadian Beaumont was based on the Chevy II; after the Chevelle bowed for 1964, it became the basis of the Beaumont, and the Chevy II-based car became the Acadian Canso. Acadian, the brand, was produced into the 1971 model year. The Acadian name was later used for Pontiac’s Canadian version of the Chevy Chevette. Saw this gold convertible last summer at the Kinsmen Show and Shinecar show in Niagara-on-the-Lake, Ontario. 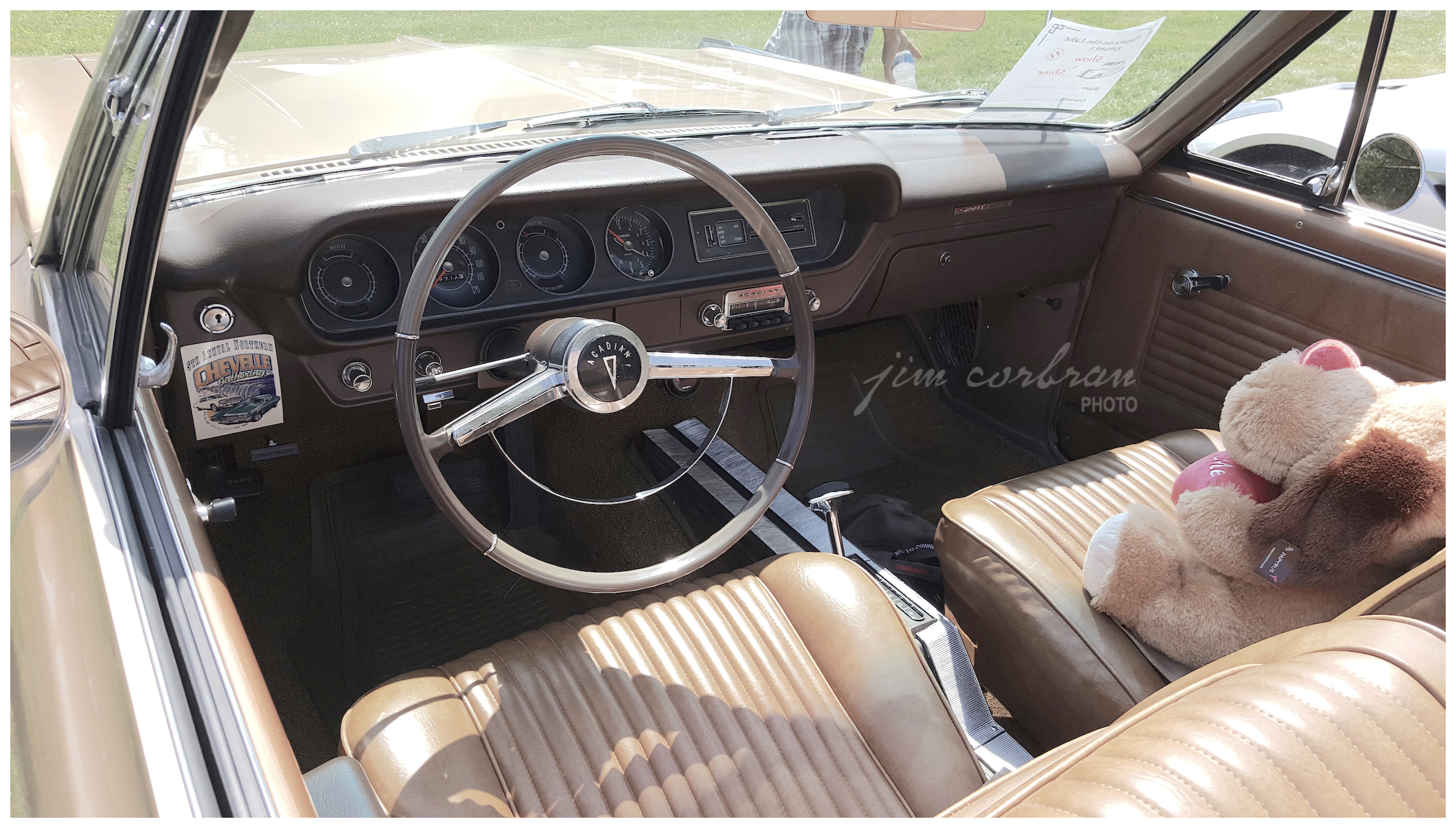