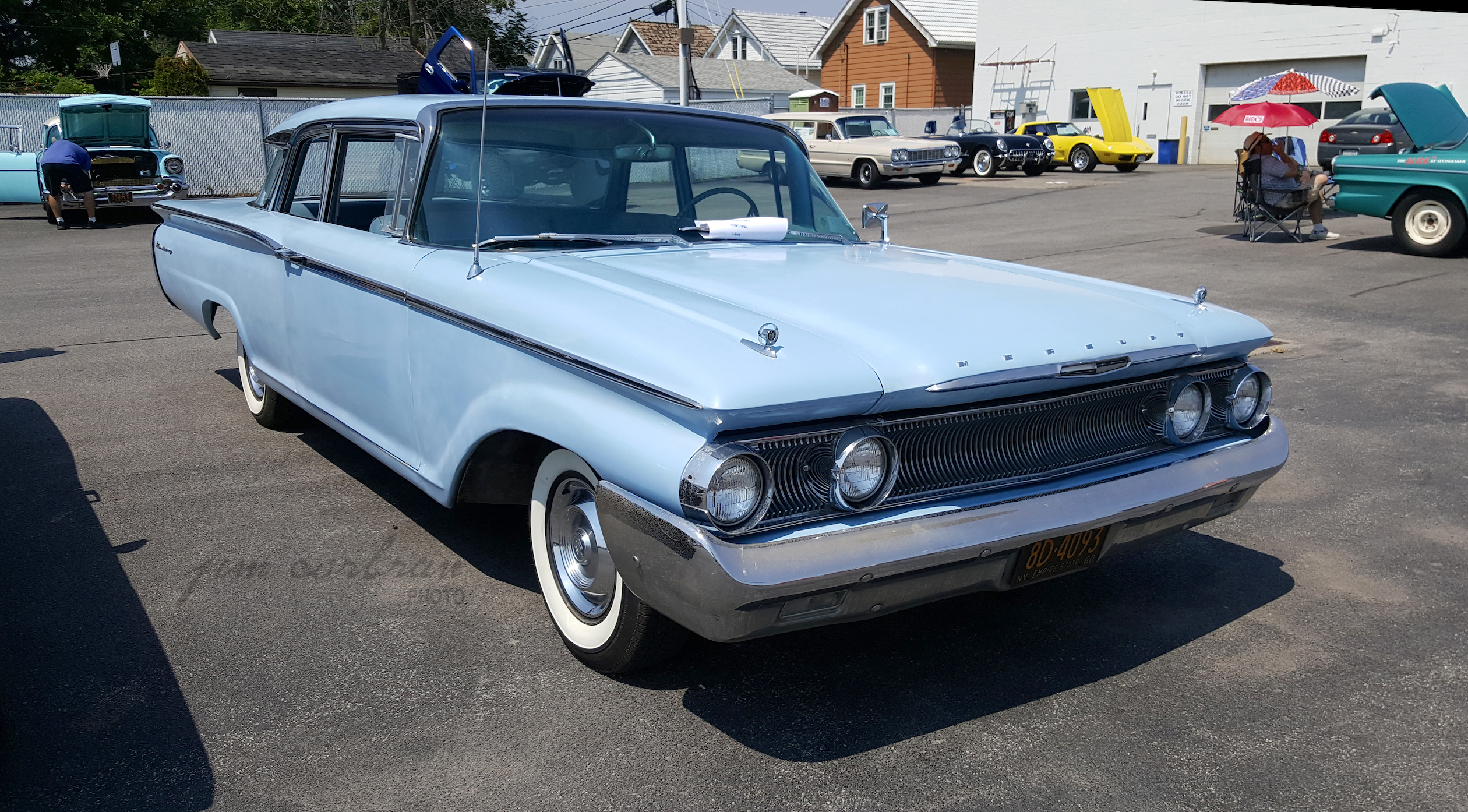 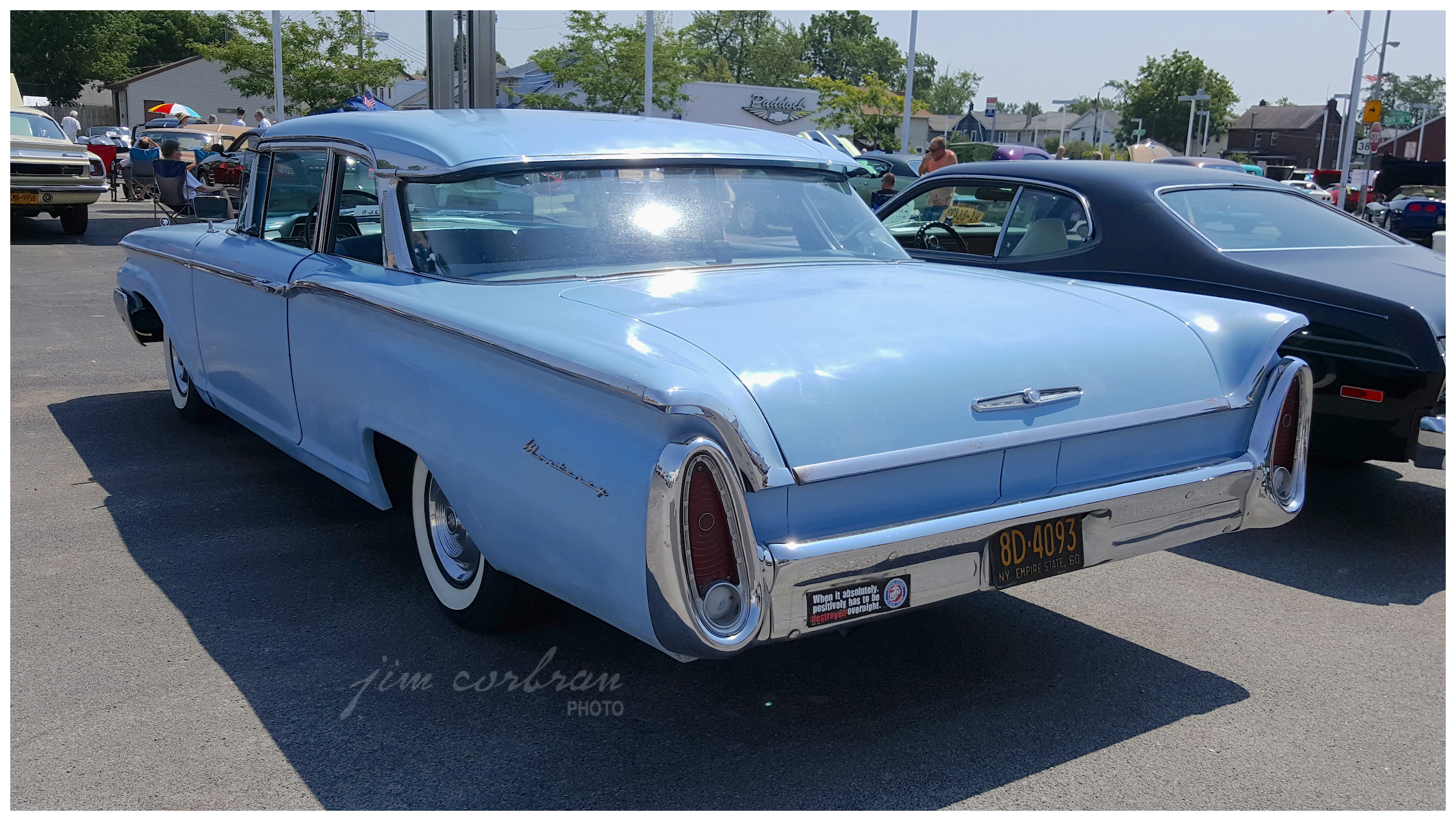 Day 4 of Discontinued Marques Week…
This 1960 Mercury Monterey is another one of those quirky cars from the 1960s — a full-size two-door pillared sedan (probably) bought mostly by cost-conscious families and businesses looking for a company car a rung-up from the usual Ford/Chevy/Plymouth. The front and rear windscreens on the ’60 Mercs bear a closer look. The front windshield curves up into the roof, offering (perhaps) a better look at traffic lights. The rear window is just the opposite, as the upper frame has a built-in visor to help shield rear seat passengers from the sun. This model was the big Mercury’s loss-leader, with a starting MSRP of $2,631 — contrast that to Ford’s least expensive big two-door, the Fairlane Business Sedan (which didn’t even have a back seat) at $2,170. This blue Merc was found last summer at the Paddock Chevy Car Show in Kenmore. The final Mercury, a 2011 Grand Marquis, was built on January 4, 2011.