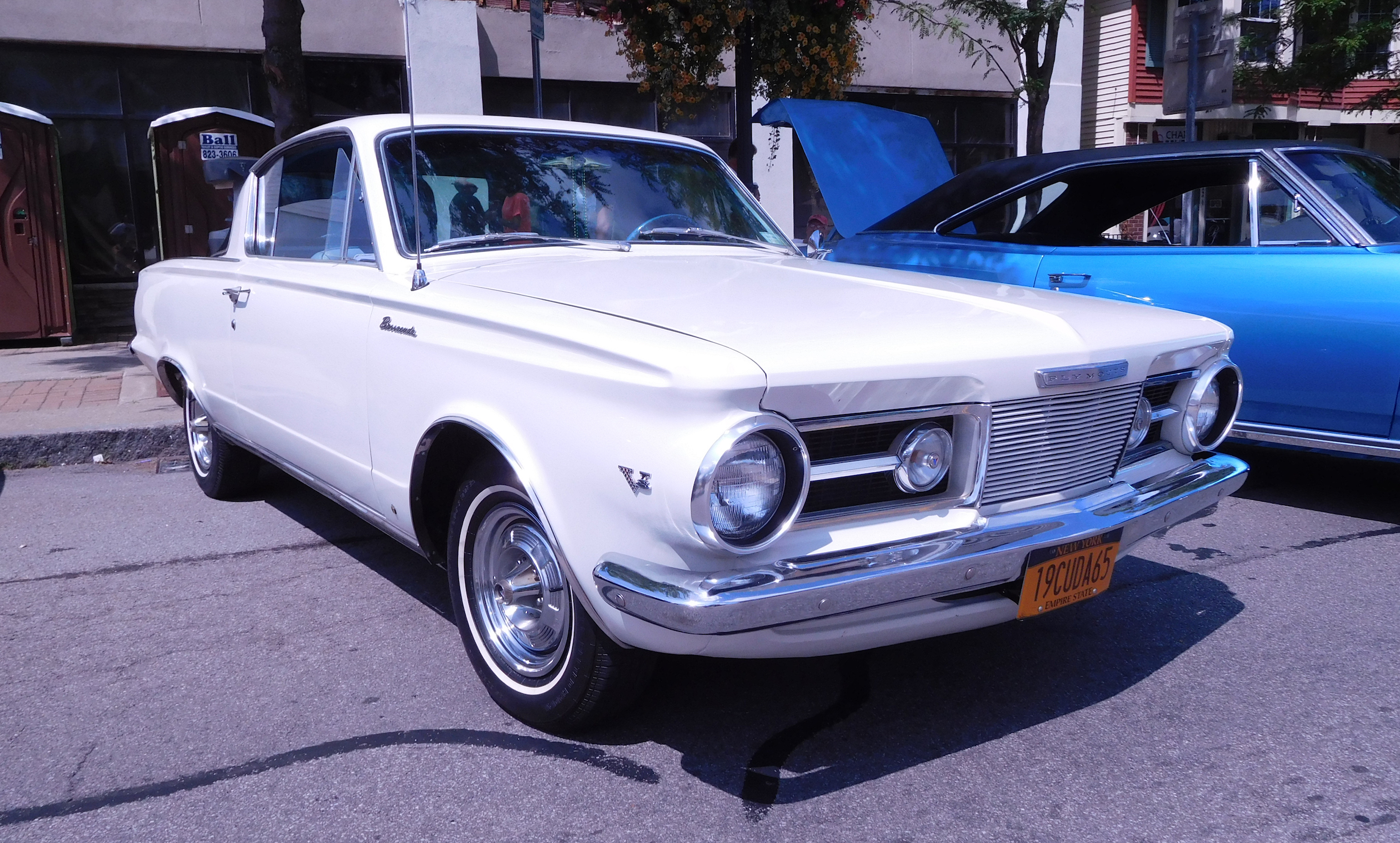 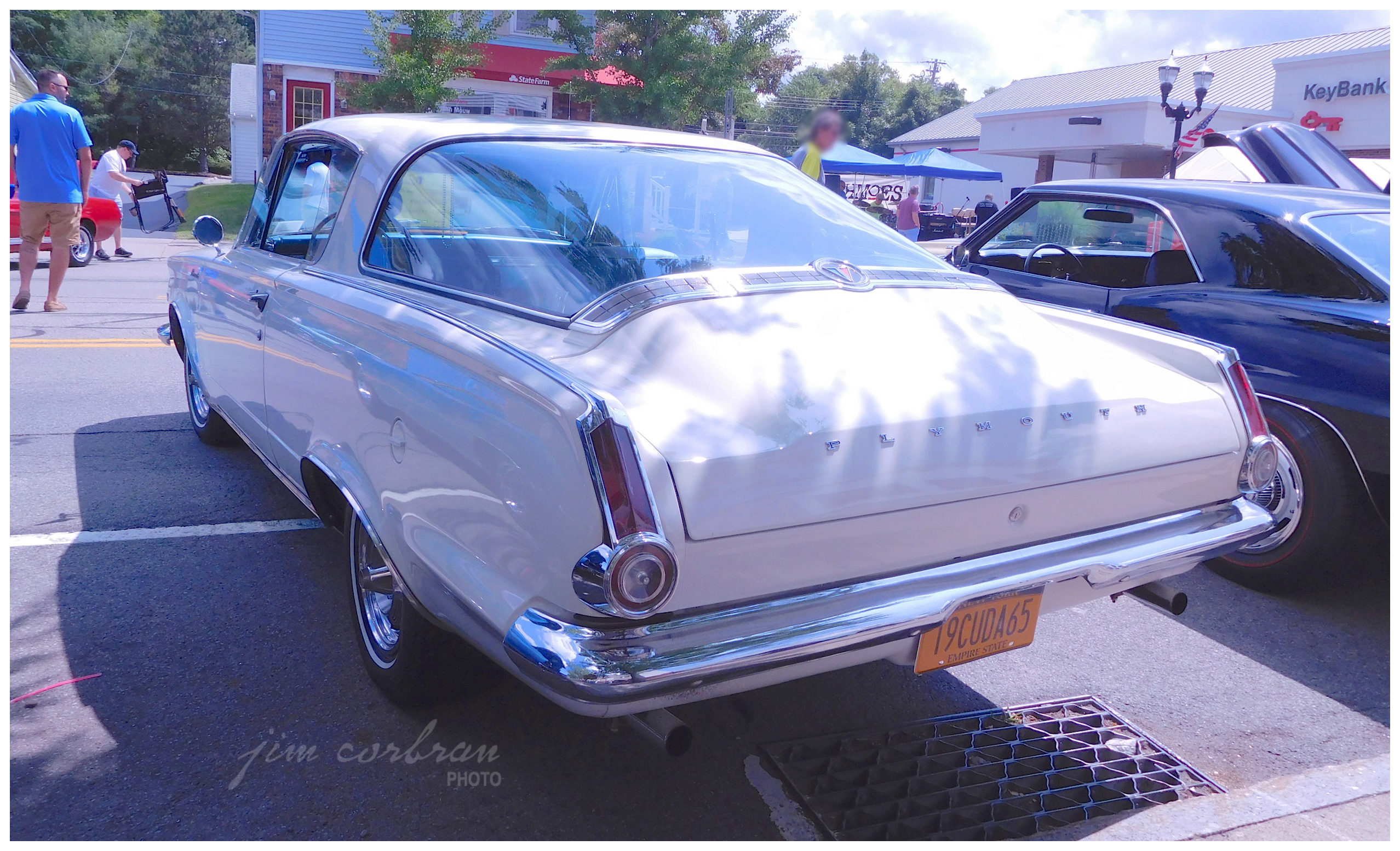 Day 5 of Discontinued Marques Week…
When this 1965 Plymouth Barracuda was new, who’d-a thought that 37 years later the Plymouth name would drive off into the horizon (pun intended). The Barracuda, as you might remember, preceded the Ford Mustang into what was still the unnamed genre of automobile which would evolve into the pony car. It was heavily based on Plymouth’s compact Valiant, so much so that this first generation basically looked like a Valiant with a different top, and had a Valiant nameplate on the trunklid for the first model year (1964). Engines those first two years were limited to an inline six and two different versions of the 273 cu. in. V-8. Things would heat up in 1967 with the expansion of a restyled lineup to include a notchback coupe and a convertible, along with more power. The final Plymouth, a four-door Neon, was produced on June 28, 2001. This white ’65 was spotted last summer at the Quaker Days car show in Orchard Park in July.