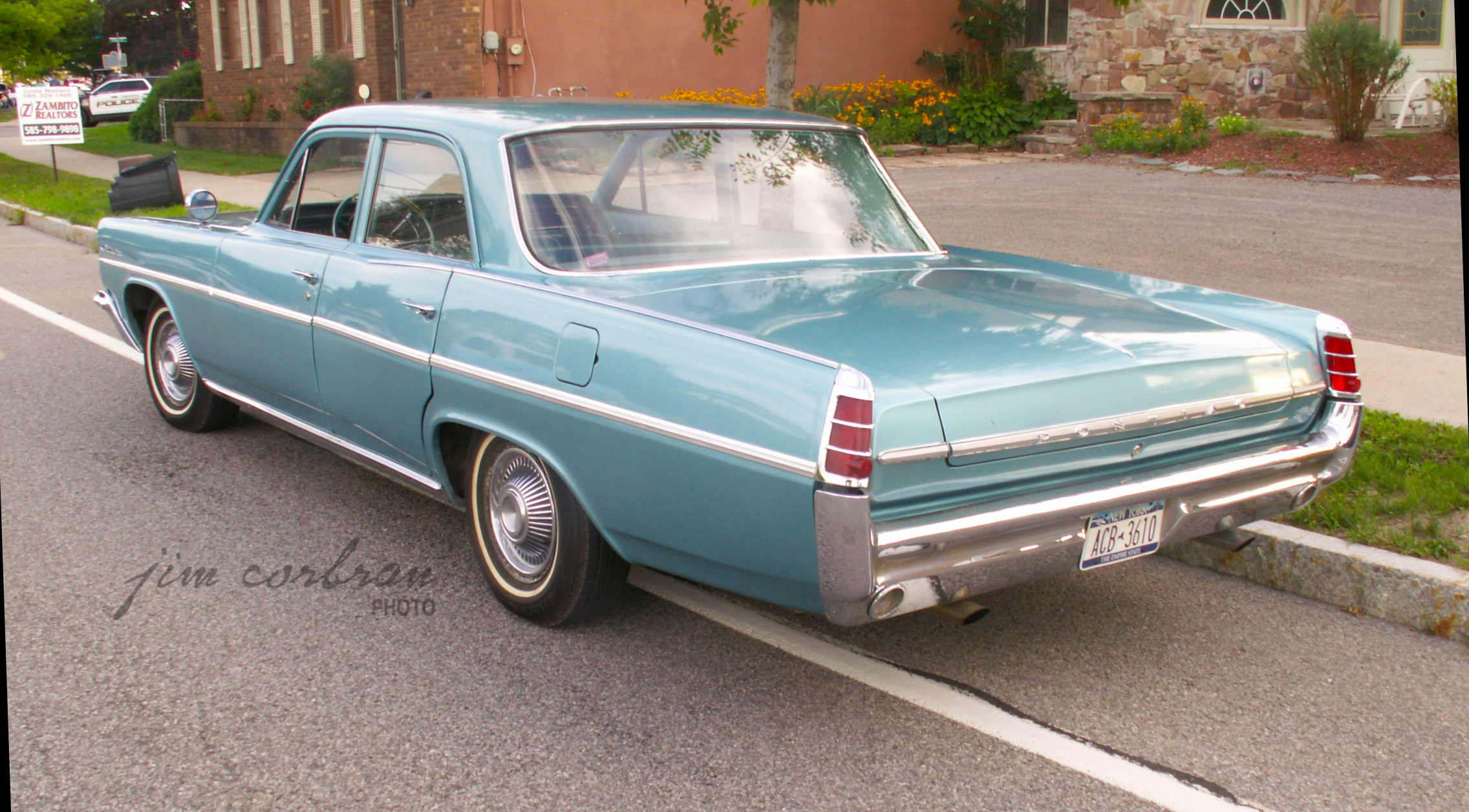 Day 6 of Discontinued Marques Week…
This 1963 Pontiac Catalina certainly brings back memories. My Mom drove a white two-door hardtop for a few years back in the day. It was the car I was supposed to take my driver’s test in, but someone sideswiped us the night before as I waited to make a left turn in a driving (pun intended) rain storm. We decided it might be best not to show up the next morning in a freshly damaged car, so my road test ended up being taken in Dad’s ’65 Galaxie 500. Pontiac was the second step on the ladder of the GM hierarchy, supposedly there for Chevy owners to move up to when their budget allowed. Things never worked that way in our house, as the Pontiac replaced an empty spot in the driveway, created when the parents decided they could get by with only one car, only to realize — much to their horror! — that life in suburbia was a pain with only one car! Lol… The final Pontiac, a G6 sedan, was built in January 2010. This green sedan was seen a few years ago at an annual Medina Super Cruise.