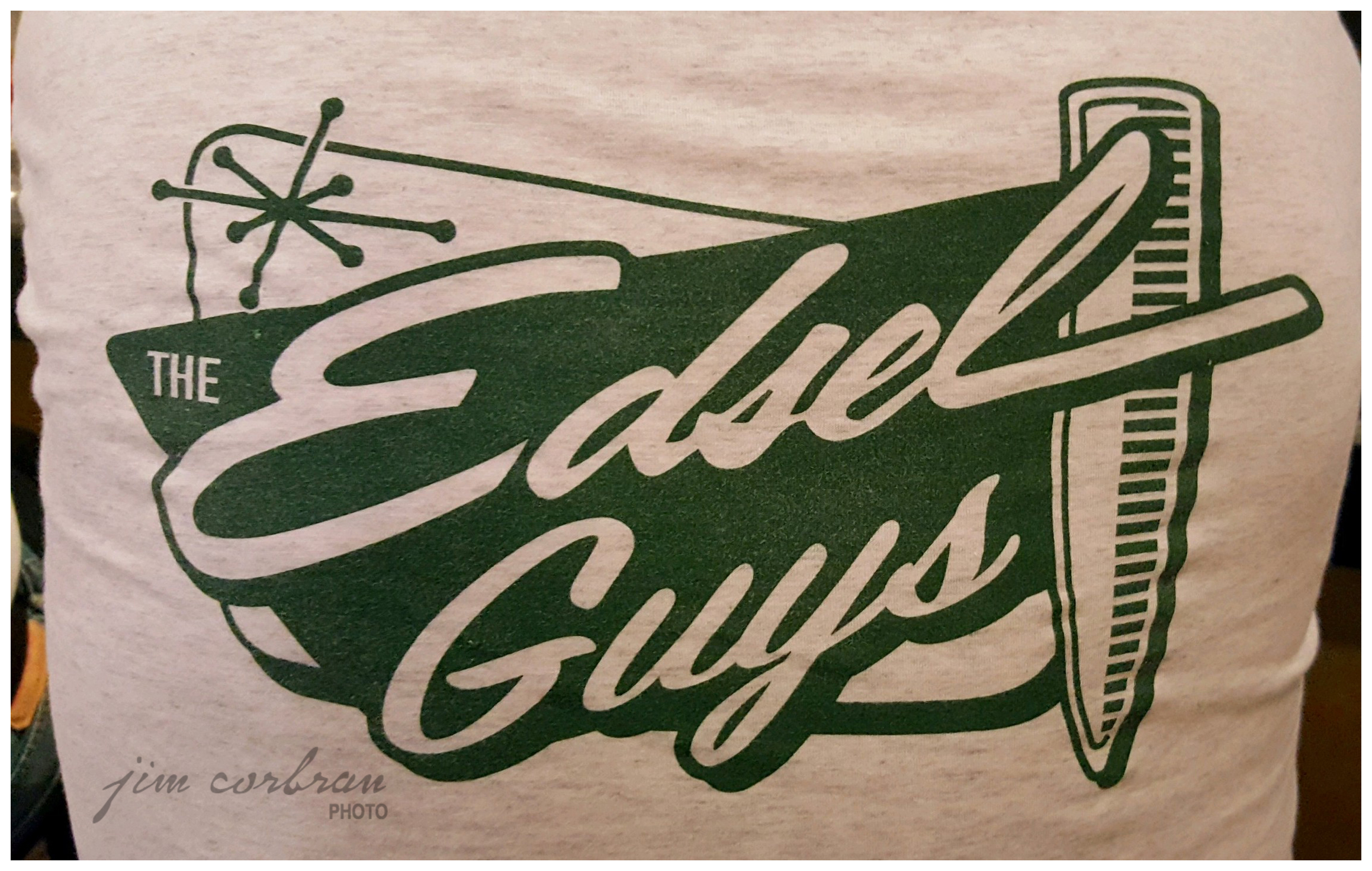 Day 7 of Discontinued Marques Week…
This 1958 Edsel Pacer seems like a good place to end Discontinued Marques Week— it’s probably one of the most famous and shortlived nameplates to ever grace the American highways. Introduced for model year 1958 with four series built on two platforms (Ford and Mercury), just one year later the 1959 Edsel lineup was down to two series plus a wagon built on the lower-cost Ford wheelbase. The 1960 models were introduced as usual early in the fall of 1959, only to have production ended in November, after a run of just 1,411 cars. This black and red example, with an unusual turquoise and white interior, was on display (along with other cars owned by the local Edsel Guys car club) at the recent Motorama at the Buffalo Niagara Convention Center. Look for a longer feature on the guys’ cars (along with the complete poop on this convertible) down the road a bit.