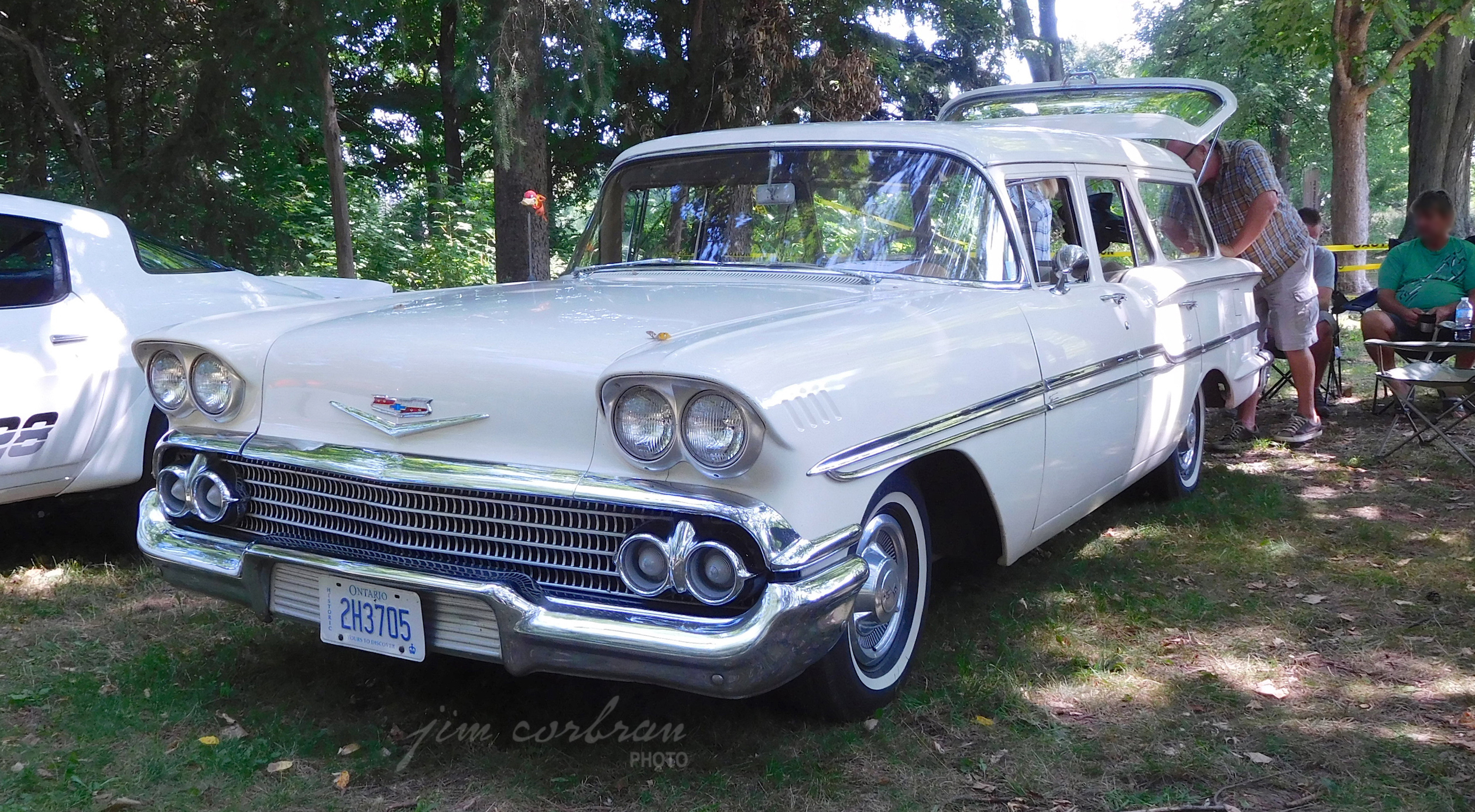 Day 2 of Wagon Week…
This 1958 Chevrolet Brookwood was seen last summer at the Kinsmen Show & Shine in Niagara-on-the-Lake, Ontario. Station wagons were a big thing in the late 1950s, fueled in part by the migration to suburbia and the need for a second car — or a larger first car — for many families. For 1958, Chevy, and the other GM wagons, still had the two-piece tailgate with the window folding up and the lower part folding down. Rambler wagons had a window which rolled down into the tailgate for model year 1957, as did all of Chrysler Corporation’s wagons. GM would finally follow suit for 1959, while Ford’s wagons wouldn’t have a disappearing rear window until 1960. Studebaker was even later to comply with the new norm, waiting until 1963 — but trumping all of the others with the addition of a sliding rear roof section in their new Wagonaire.