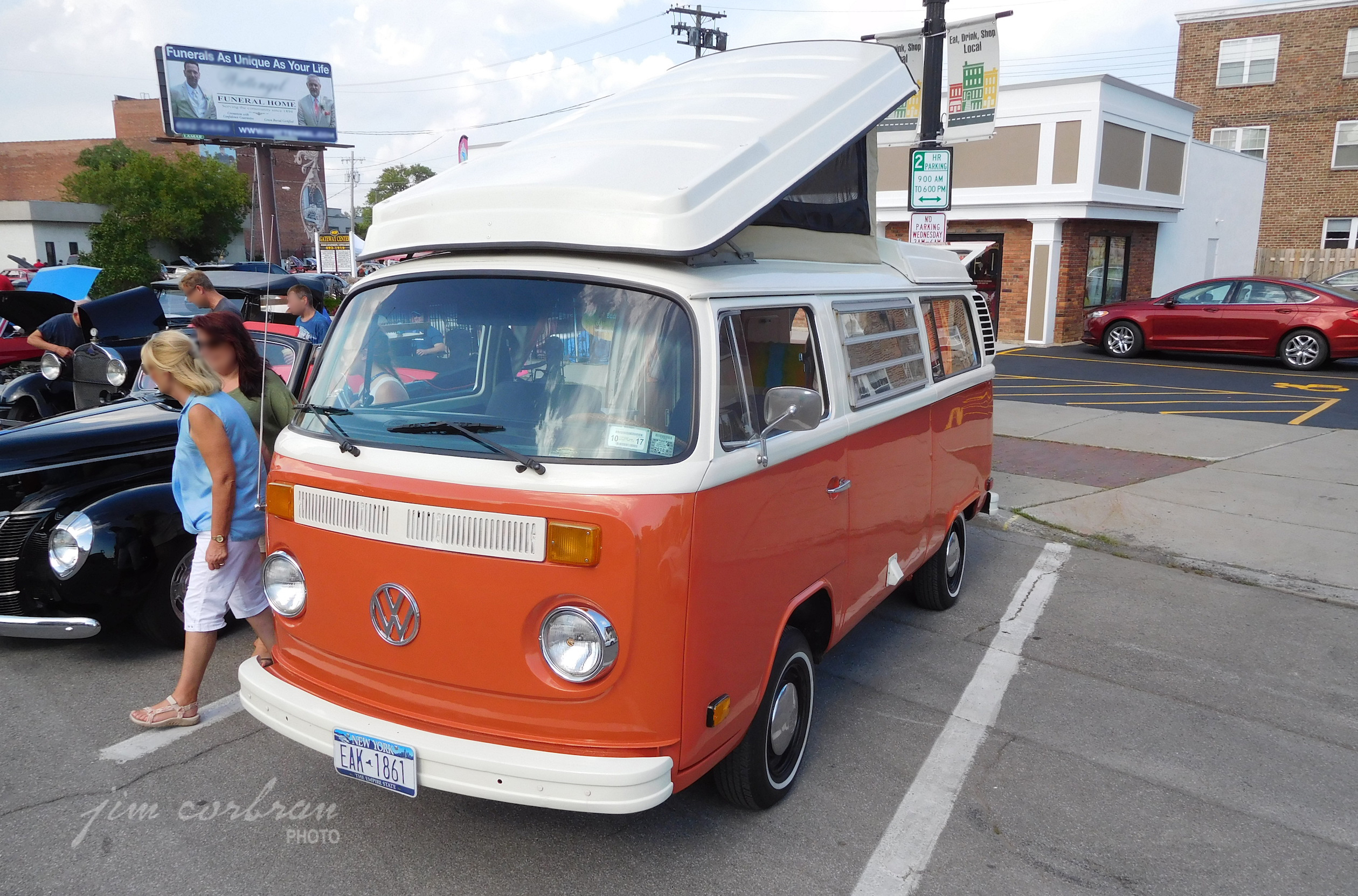 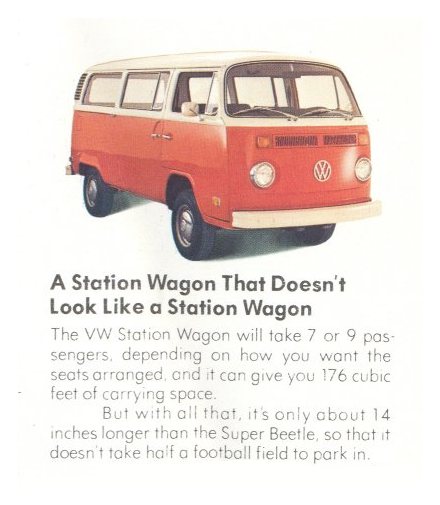 Station wagon? Perhaps, depending on who you ask. When this 1973 Volkswagen was new, VW advertised is a the VW Station Wagon, or, in this iteration, the Campmobile — a version which they advertised as combining “…the best features of three cars and a house.” The house part might be obvious (VW explained it as “a vacation home”).But, three cars? Elaborating, VW told us they were: “…a station wagon, an economy car, and a luxury car.” If you think you keep seeing the same old VW station wagons driving around town, it could be because for 1973 they only came in four colors from the factory, all paired with a Pastel White upper half: Bright Orange, Ceylon Beige, Kasan Red, and Orient Blue. The Campmobile was offered in Pastel White or Bright Orange, and according to all the literature I checked, no two-toning was offered. This one was seen a couple of summers ago at the annual Canal Fest car show, on the North Tonawanda side of the Erie Canal.