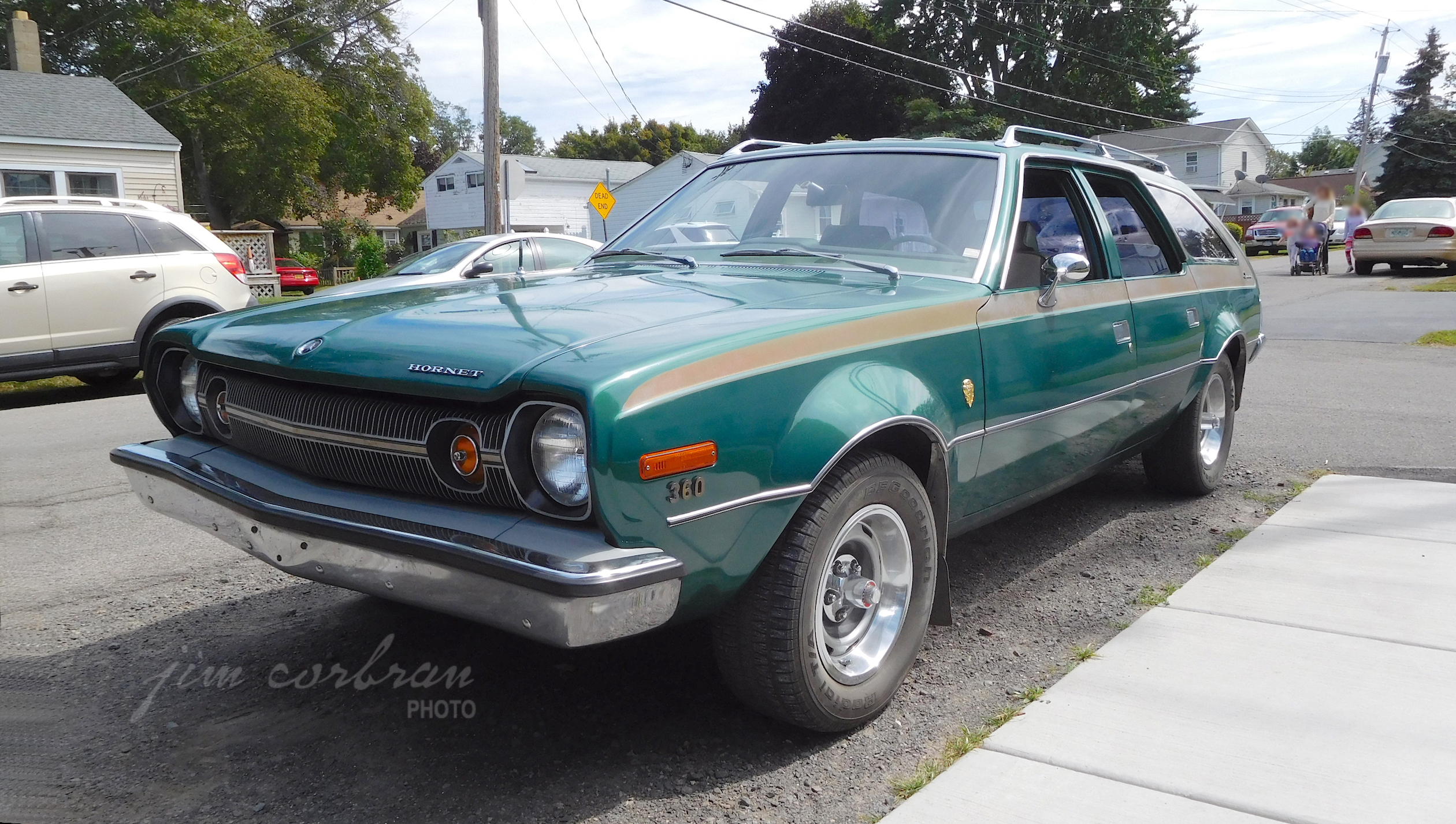 This 1973 AMC Hornet Sportabout might have been one of the nicest styled station wagons of the era, IMO. Yes, its sloped rear roof might have cut down a bit on cargo space, but hey, it looked great! AMC interiors of the day also seemed to try a bit harder to look cool (bottom photo), and of course the obligatory fake woodgrain side panels were also offered. Standard power for the Hornet lineup was AMC’s 232 cu. in. straight six; options included a 258 six, as well as 304 and 360 V-8s. The 360 was available only with a Torque-Command automatic (which was built by Chrysler and based heavily on their TorqueFlite), while the rest came standard with a three-speed manual transmission  — all hatchback models’ shifters were on the floor, while the rest (2- and 4-door sedans and the Sportabout) all had column-mounted shift levers. We came across this Dark Green Metallic Sportabout a couple of summers ago on a side street during the h-u-g-e annual Olcott Beach car show.