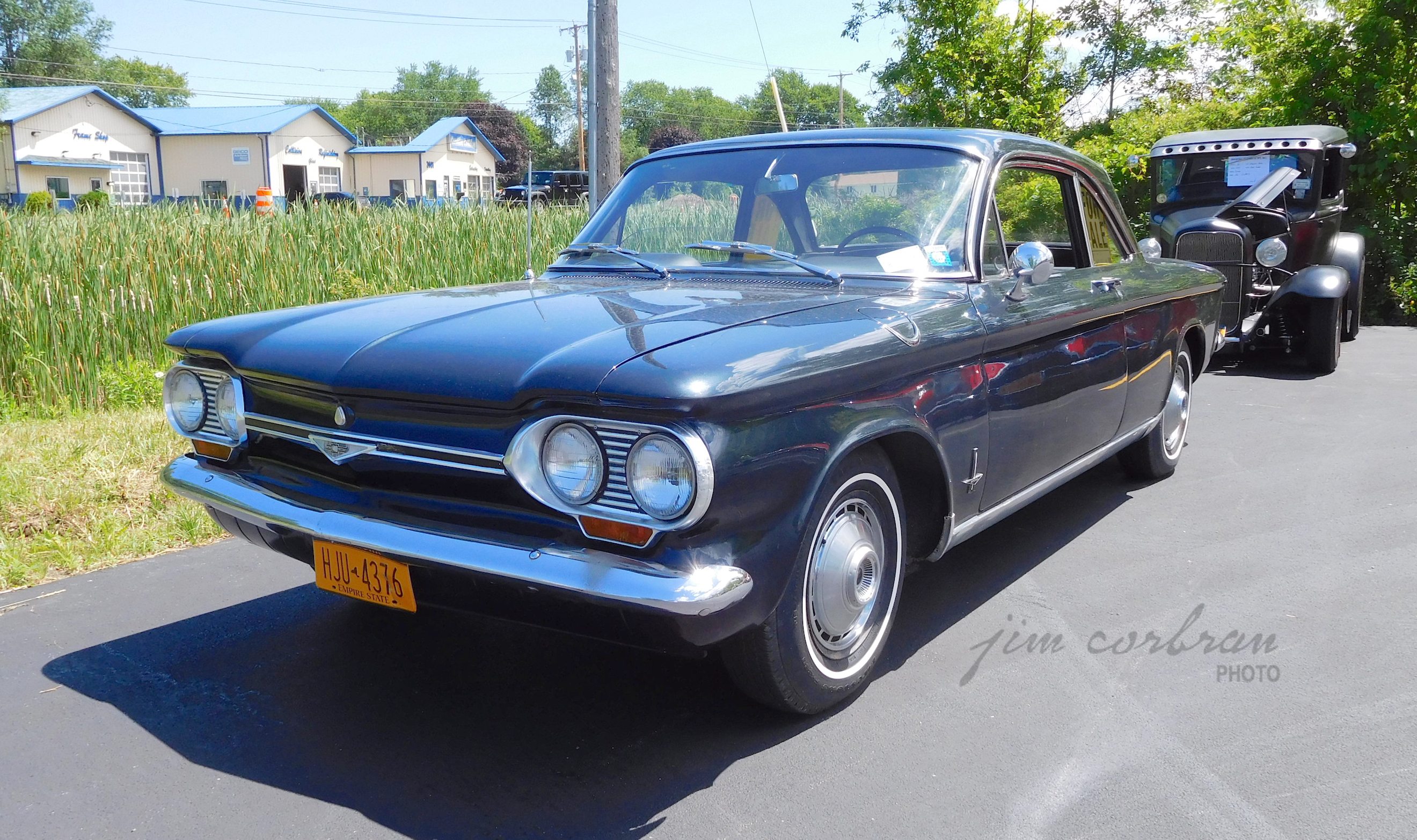 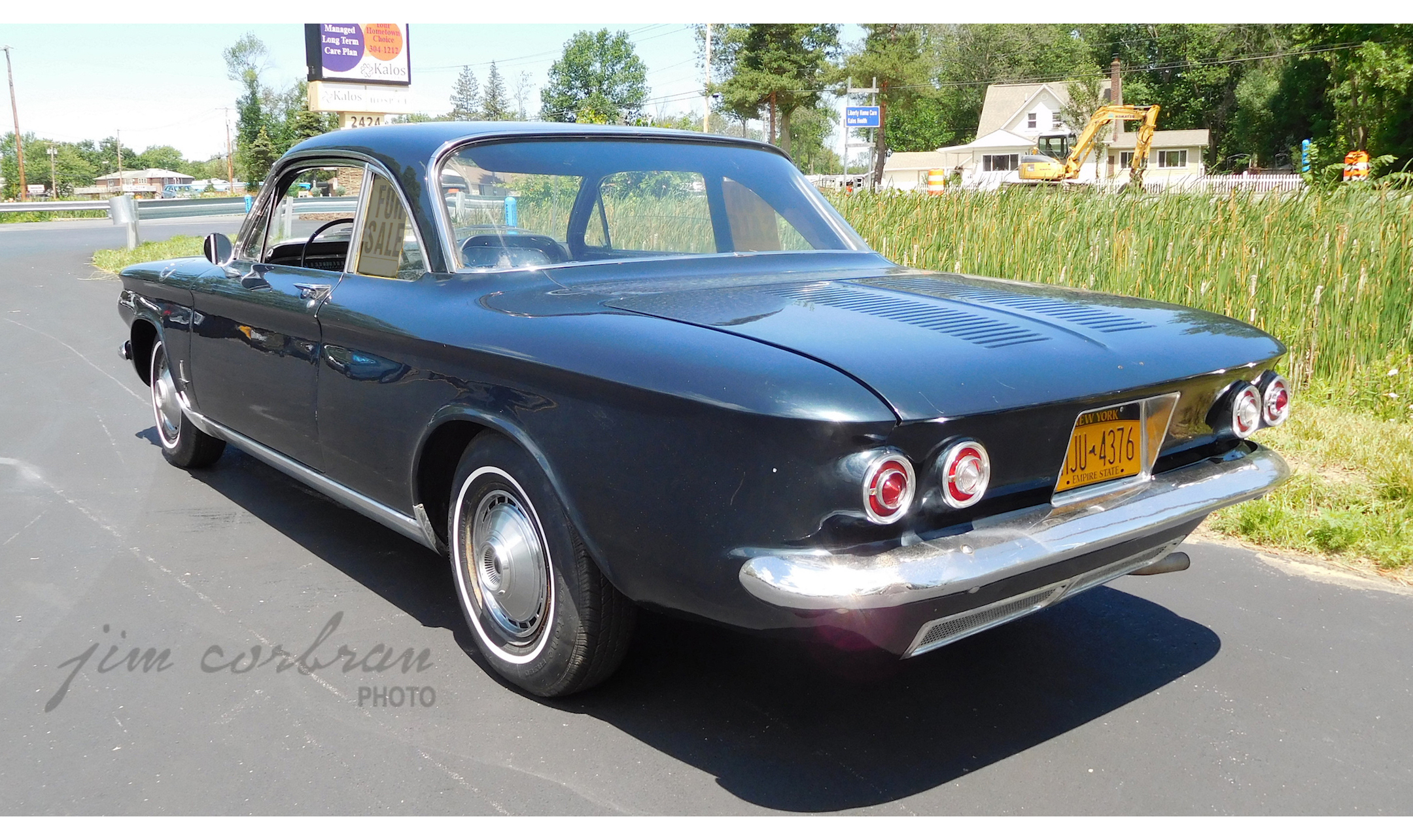 In the waning days of the Eisenhower administration, America’s Big Three manufacturers (GM, Ford, and Chrysler) all introduced compact-sized cars to combat the onslaught of foreign cars (which by the late 1950s had really caught on with the North American car-buying public), as well as that of the Rambler American & Studebaker Lark (a couple of compact home-grown models which were showing some respectable sales numbers). This 1964 Chevrolet Corvair Monza is representative of General Motors’ first salvo in the compact car war which began in earnest for model year 1960. Without a doubt it was the most unconventional car to come out of Detroit in years, with a rear-mounted aluminum air-cooled flat-six engine and four-wheel independent suspension. Sales were nowhere near those of Ford’s Falcon (although they topped Chrysler’s Valiant), and GM retrenched and introduced its own more conventional compact, the Chevy II, for model year 1962. The Corvair would soldier-on until being dropped after model year 1969. Saw this Royal Blue Monza a couple of summers ago at a car show in Wheatfield.