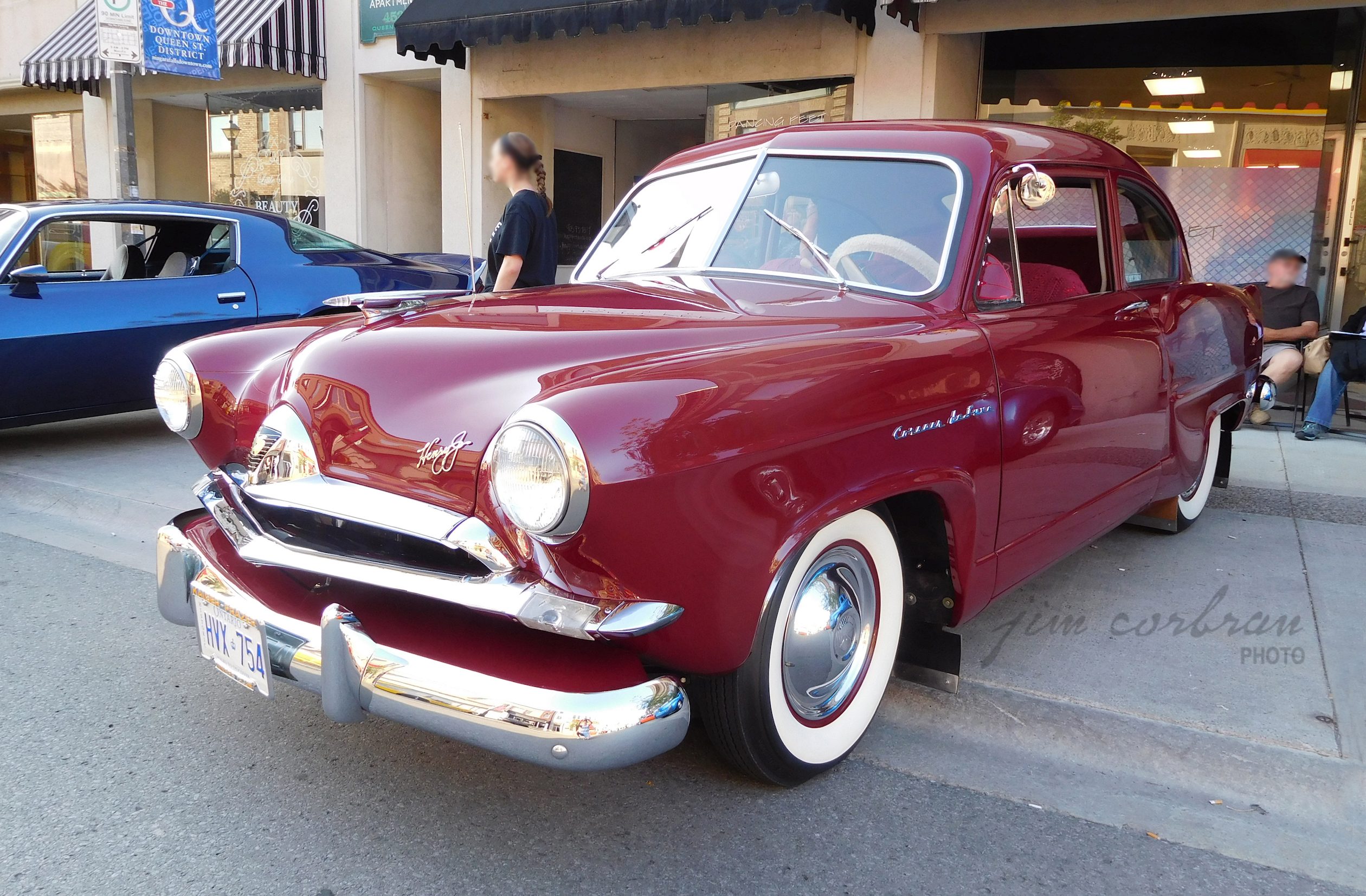 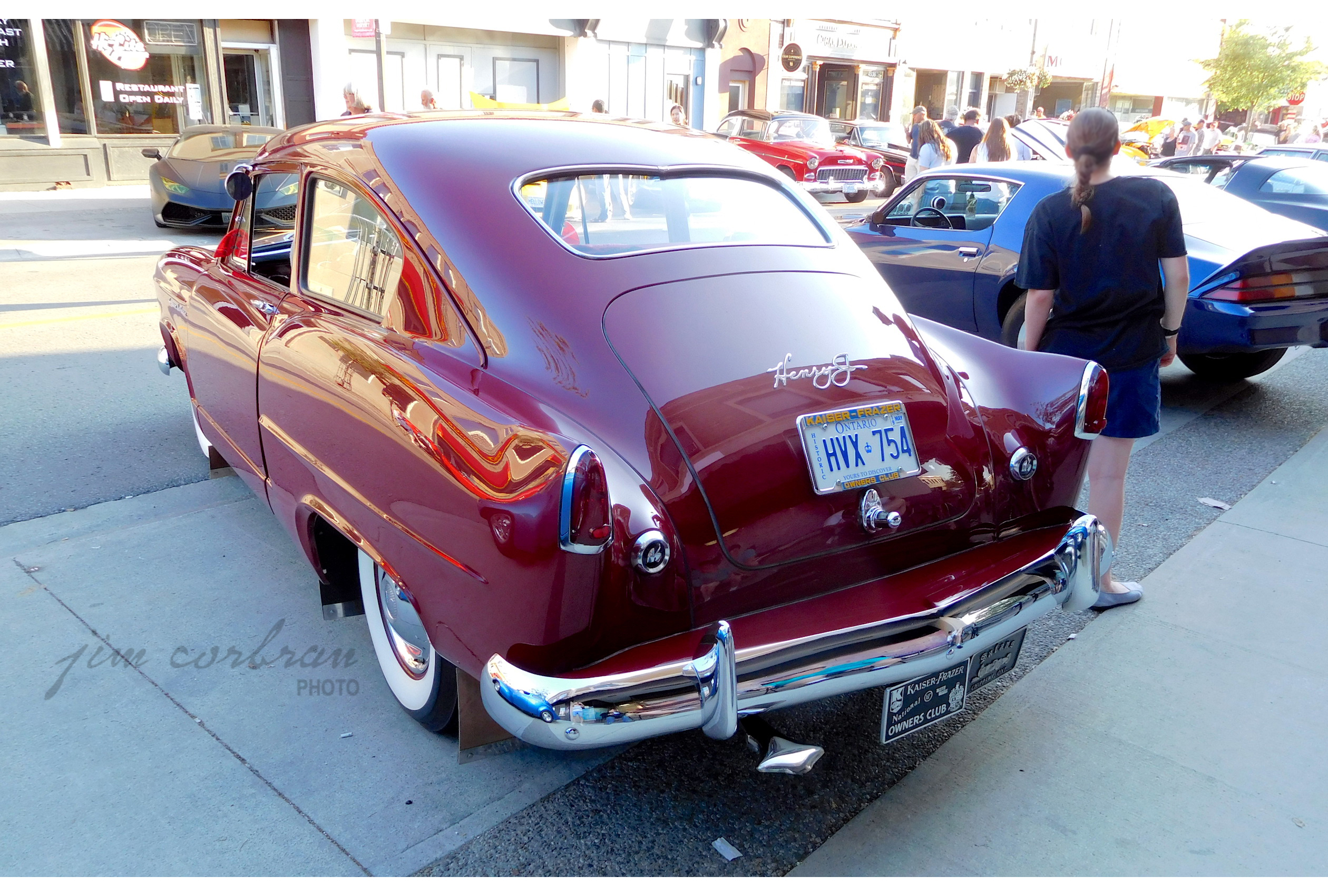 Before American compacts from Detroit started showing up in the late 1950s, there were a few others which tried (and failed) to get buyers to drive smaller, American-made cars. This Henry J, c1953, is one of them. Named after aluminum and real estate magnate/automotive executive Henry J. Kaiser, the Henry J was produced by Kaiser Motors as a companion to its larger Kaiser and Frazer automobiles. The introductory brochure in 1951 called it “The most important new car in America.” Sold for model years 1951-54, many shoppers balked at its price, which was only about $200 less than the full-sized Chevrolet. Sales peaked the first year at around 82,000, but bottomed-out for 1954 with only about 1,100 cars leaving the factory. The larger Kaiser wasn’t faring much better (the Frazer having been phased-out after the 1951 models), and the company closed up shop after the 1955 model year. Saw this red example a couple of summers ago at a Cruising on the Q event on Queen Street in Niagara Falls, Ontario.