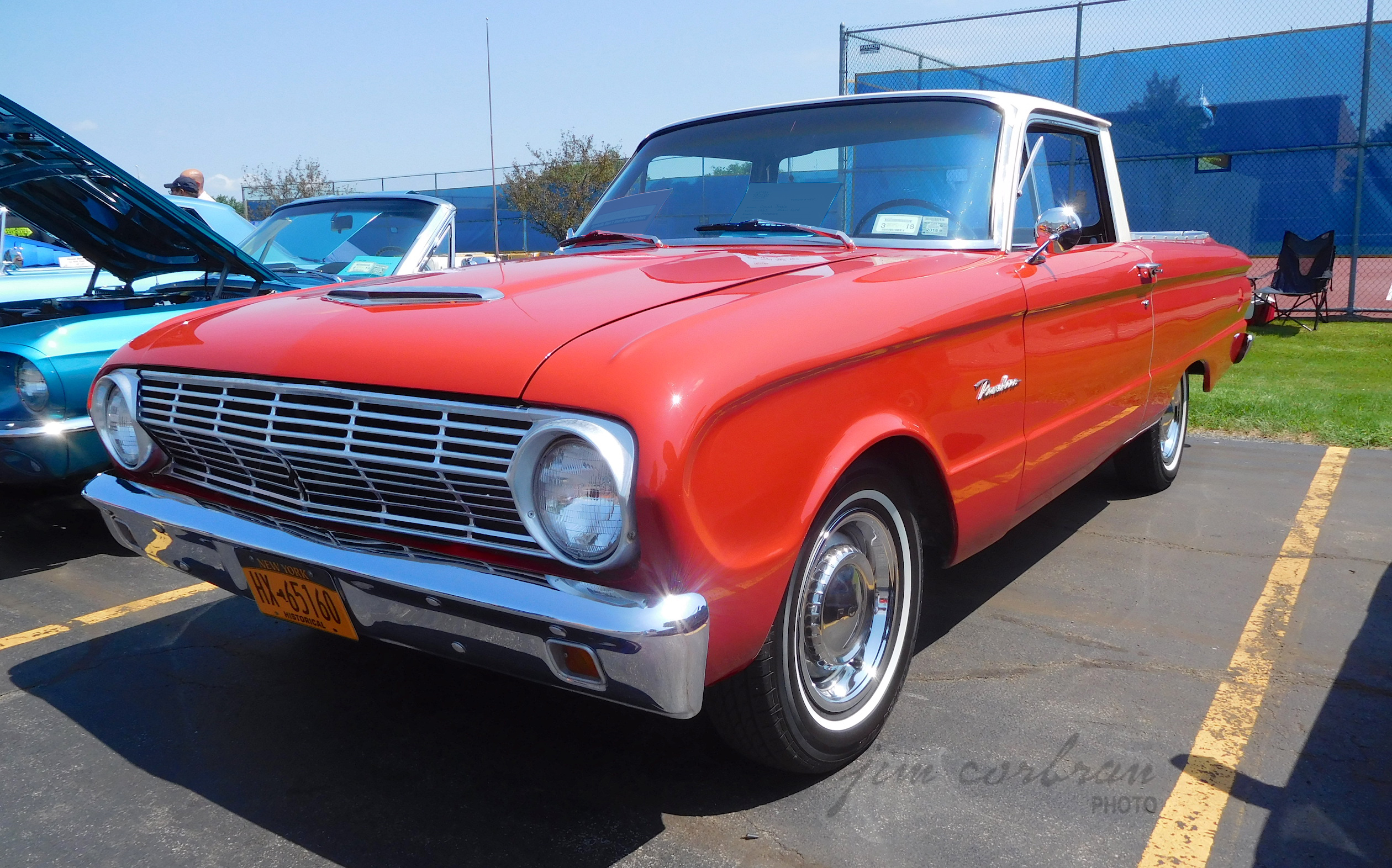 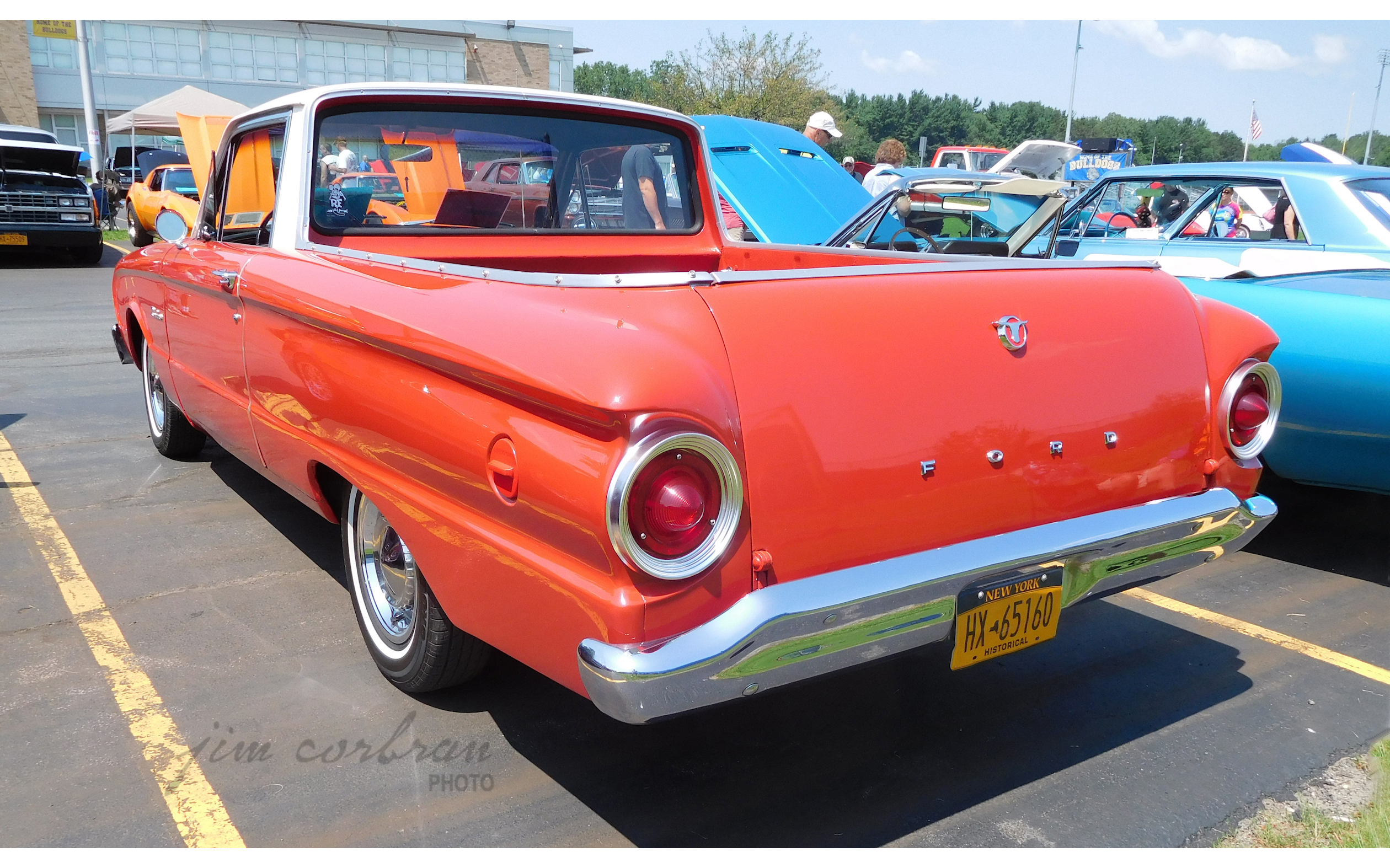 As this 1963 Ford Ranchero points out, not all early American compacts were sedans or station wagons. Or hardtops or convertibles, for that matter. The Ranchero was Ford’s car/pickup hybrid, introduced for 1957 and moved over to the Falcon platform when the compact debuted for model year 1960. When the ’57 made its first appearance, Chevy wasn’t able to respond with its El Camino (I’m seeing a pattern in the naming process, here) until the 1959 model was introduced. Ford freaked them out by going compact, and the El Camino was dropped after the 1960 model; but it did resurface again in 1964 on the new, mid-sized Chevelle platform. The early Falcon-based Rancheros were available with a choice of two sixes — of 144 and 170 cubic inches, and had a four-speed transmission as an option. Its six-foot-long bed had an 800-lb cargo capacity and a low, 27-inch tailgate loading height. Saw this one at the 2017 annual car show in Alden.