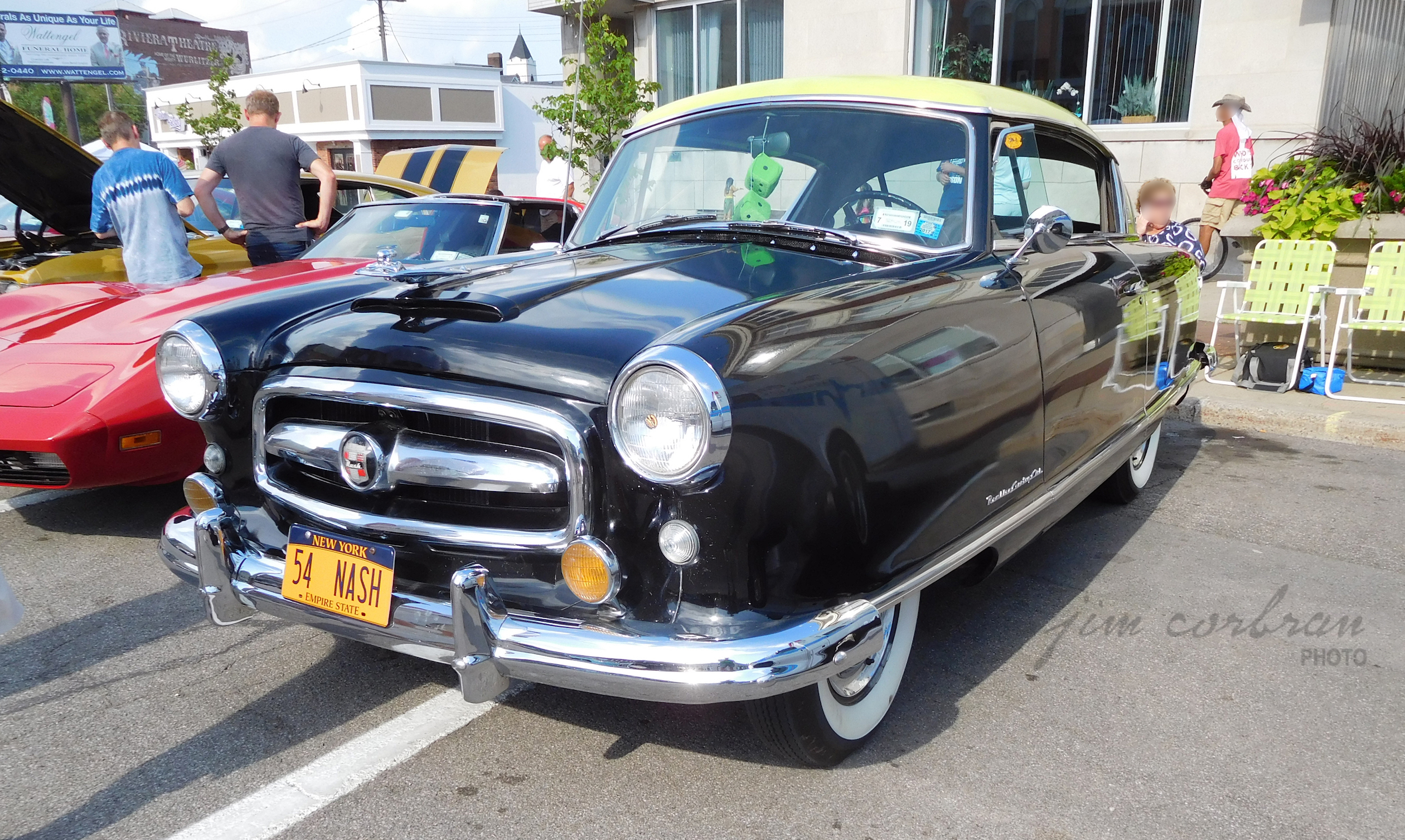 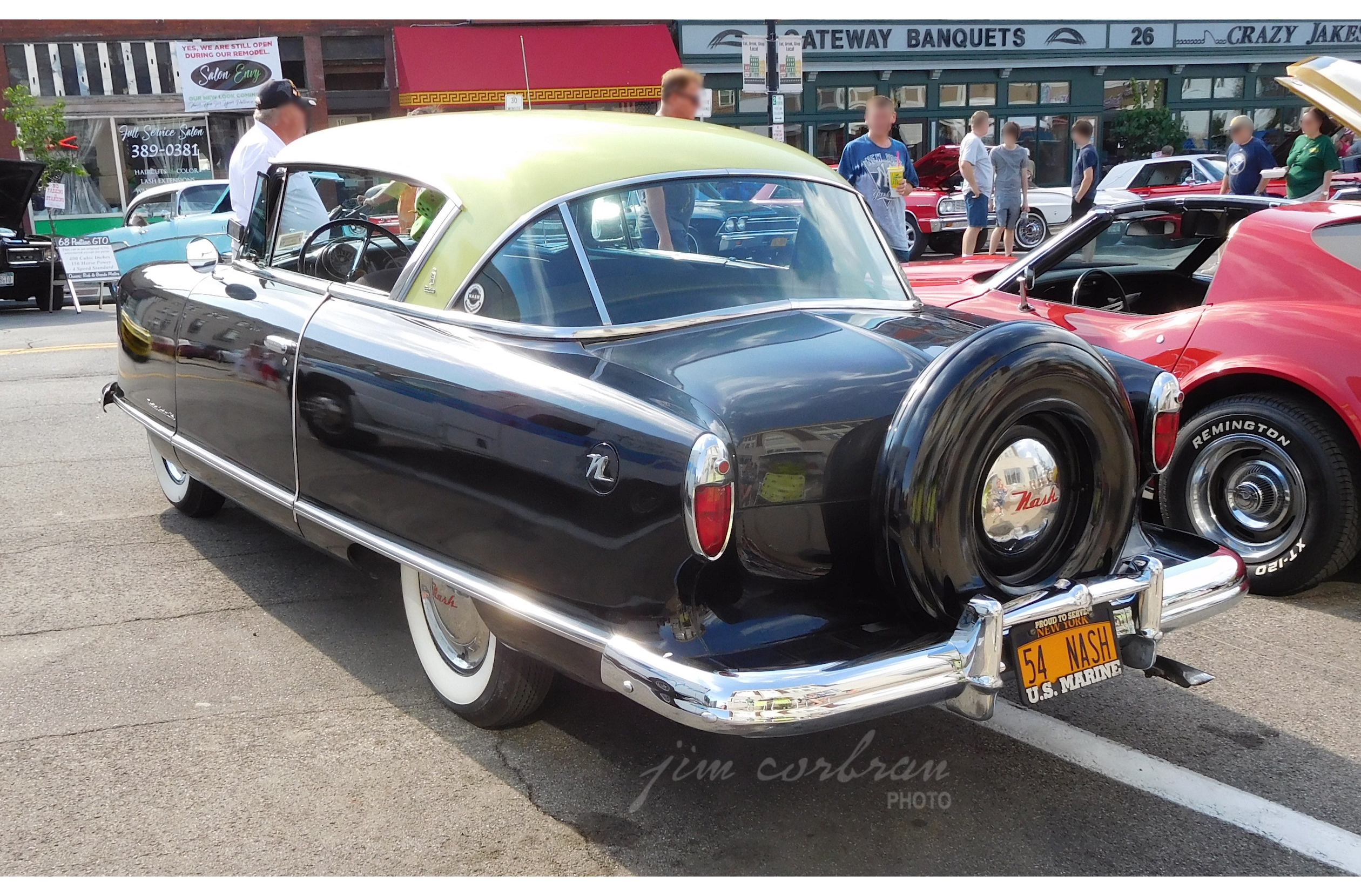 When you think of compacts, of course the Rambler American comes to mind. But before the American, which debuted for model year 1958, there was this swanky 1954 Nash Rambler Country Club. With styling by the Italian coachbuilder Carrozzeria Pininfarina, the small Rambler did what Kaiser’s Henry J and Willys’ Aero couldn’t do — sell compact cars to the American buying public. In the mid-1950s, Nash’s big cars, the Statesman and Ambassador, were floundering, but the Ramblers were helping keep the independent automaker from Kenosha, Wisconsin afloat. So much so, that after 1957, the Nash name disappeared (save for the Lilliputian Metropolitan), the entire Hudson lineup (inherited after the merger which created American Motors) was axed, and the Rambler name took over and was used until the last 1969 Rambler (formerly the Rambler American) left the factory, to be replaced by the AMC Hornet for 1970. This two-tone hardtop was spotted at the 2017 Canal Fest of the Tonawandas car show on the North Tonawanda side of the Erie Canal.