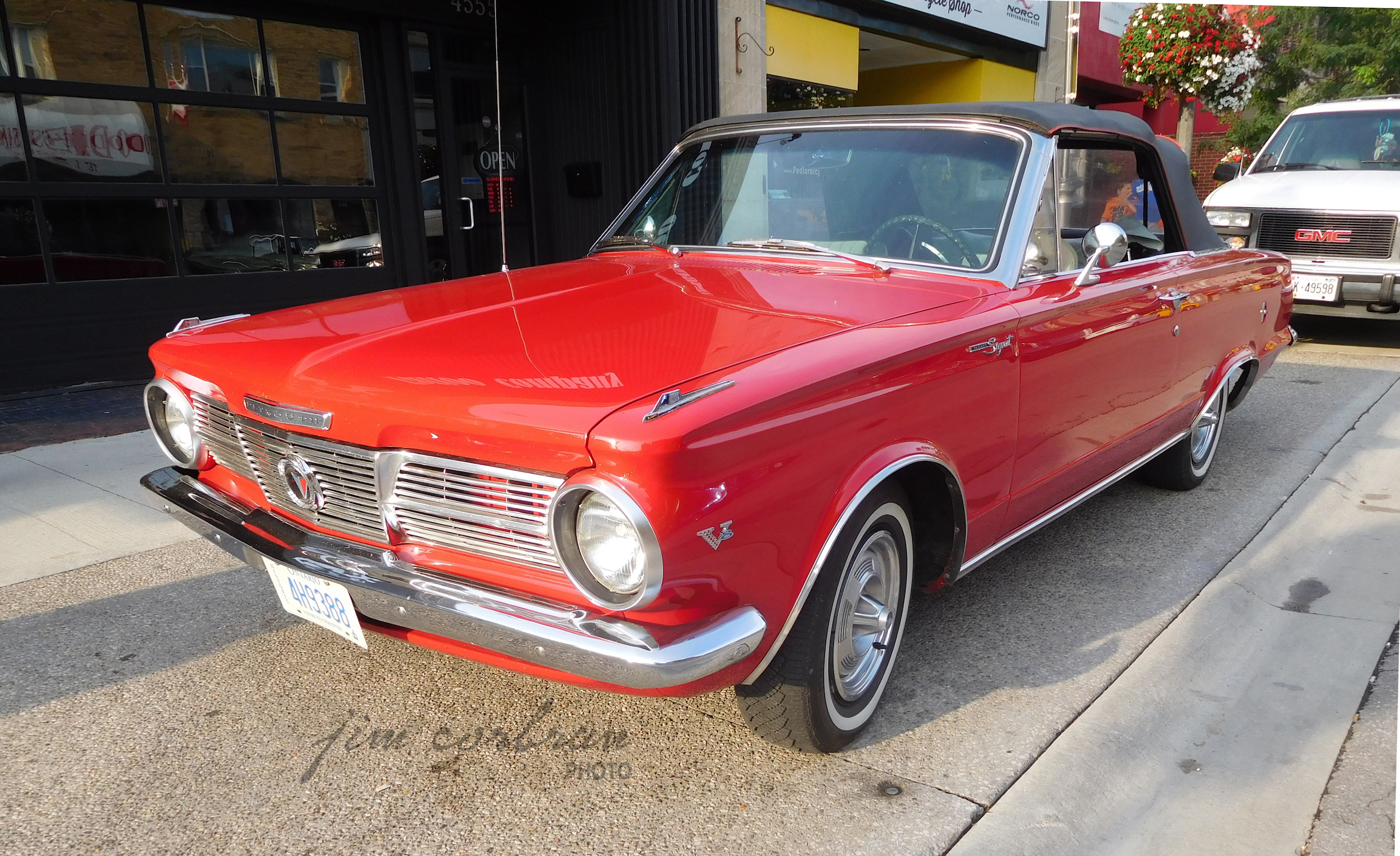 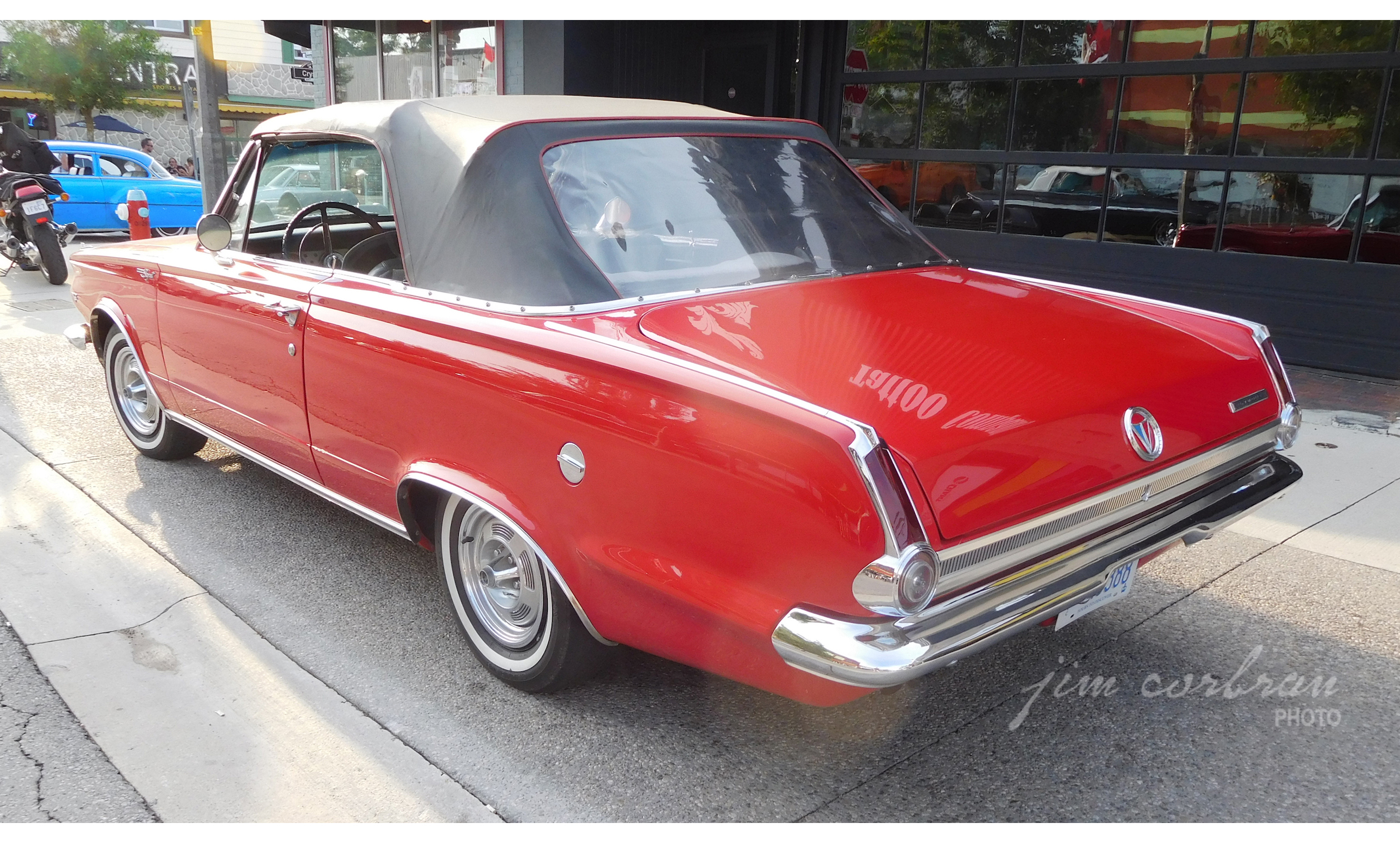 This 1965 Plymouth Valiant Signet was seen in 2017 in Niagara Falls, Ontario at a Cruising on the Q weekly car show. The Valiant started out life for model year 1960 as a stand-alone nameplate. It was sold at Chrysler-Plymouth dealers in the U.S., where it would gain a Plymouth nameplate for 1961. In Canada however, the Valiant was marketed as the Valiant by Chrysler and sold at both Plymouth and Dodge dealers until 1966. For a moment here I considered trying to explain the Canadian Valiant-Dart relationship, but had to get up from my desk several times to clear my head. It’s very confusing and is perhaps best explained in an article on valiant.org/canada which you can read here for yourself (warning: plan on reading it two or three times before you think you have figured it out!). This red example is badged as a Plymouth, so… I’m guessing it might be a U.S. car... but don’t quote me on that. I may have to go back and read that article yet a fourth time!