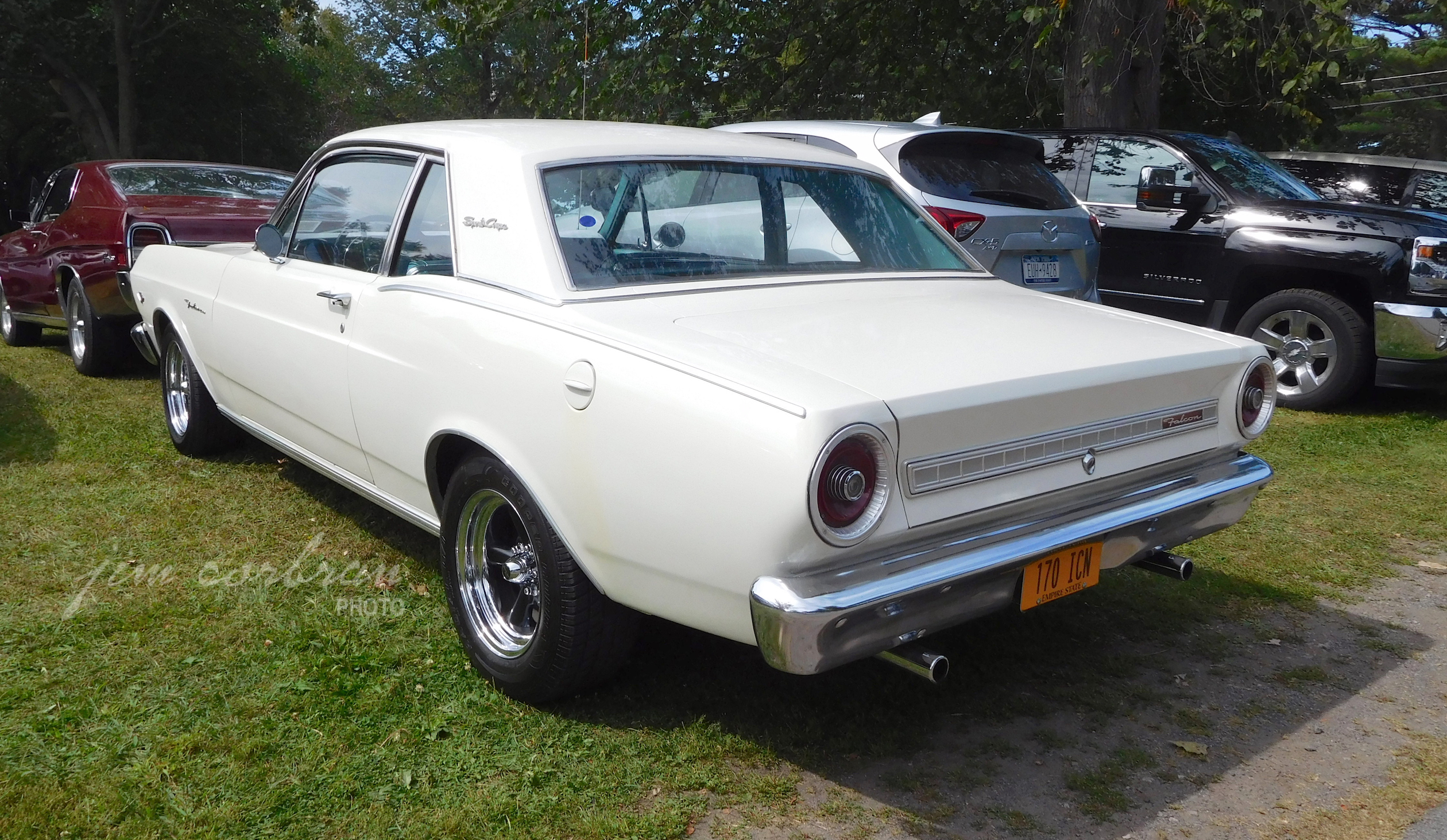 Day 6 of Compacts Week…
This 1966 Ford Falcon Futura Sports Coupe is one of 182,669 Falcons produced that year. Sounds like a respectable number, until you look at Falcon’s debut year of 1960 when 473,841 of them left the factory. By 1966 the Falcon’s numbers had to have been hurt by the sporty Mustang, which sat in the same showroom and could be had for only $88 more than the bucket seat-equipped Futura Sports Coupe with the same powertrain. (Of course, the Mustang didn't have two opposite-end-of-the-spectrum station wagons like the Falcon — see below.) About the FSC, Ford told us “Fun and excitement match the rugged good looks of the snappy new Sports Coupe.” And the Mustang? “Lots of appeal here—from its low, long lines to its low, low price (lowest of all Mustangs).” The Falcon was totally restyled for 1966, and would get another overhaul again for 1968 before being relegated to a minor, badge-engineered version of the Torino for model year 1970-1/2. We found this white Futura two summers ago in the visitors’ parking area of the annual Olcott Beach car show. 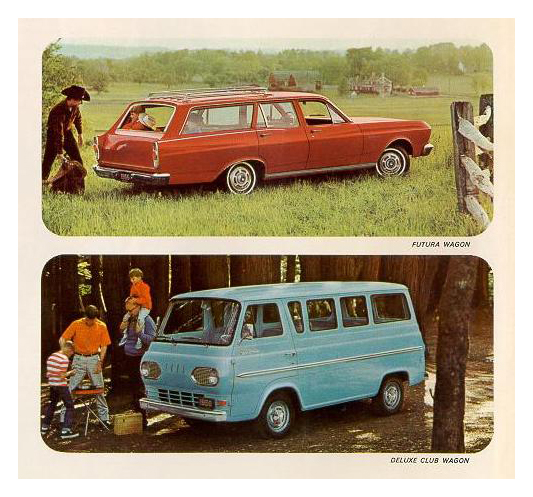