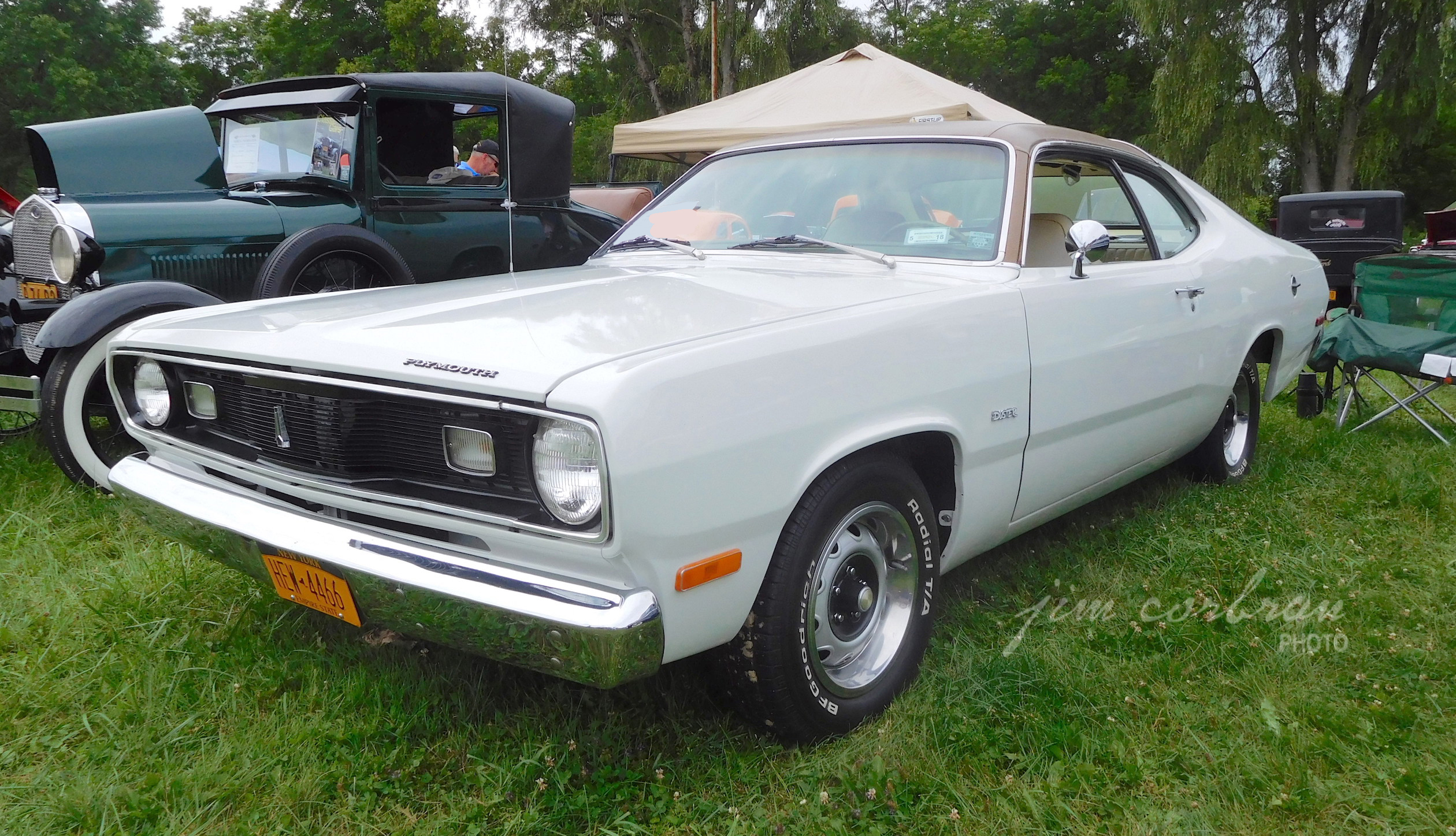 Day 7 of Compacts Week…
I always find it interesting to see how an automobile manufacturer’s advertising evolves. This 1972 Plymouth Duster is from the car’s third year of production. When introduced for model year 1970, Plymouth’s copywriters told us “In brief, Duster is small enough but big enough.” For 1971 it was “Still small enough. Still big enough.”  But for 1972, the smallness part seems to have gotten swept under the rug, as the Duster (basically still the same car) was now “…the big buy in economy cars. Big in front- and rear-seat hip room. Big in that it’ll hold a family of five rather than four as in many other small cars. And big with a standard engine.” That’s alotta bigs with nary a small in sight! The Duster would continue on until it was replaced for model year 1977 by the Volare Coupe. Today’s RealRide was seen at the 26th Annual Street Classics Car Show in Allegany in August of 2017.