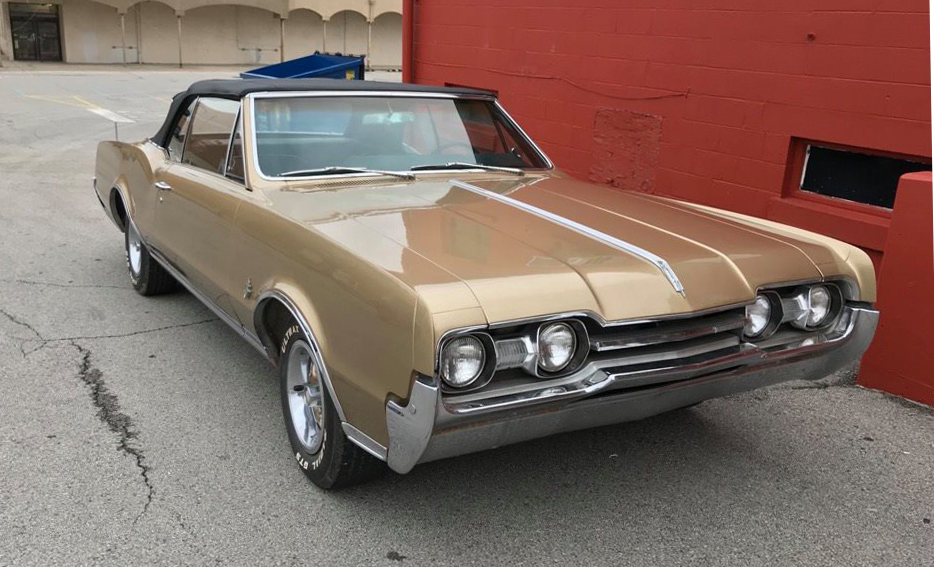 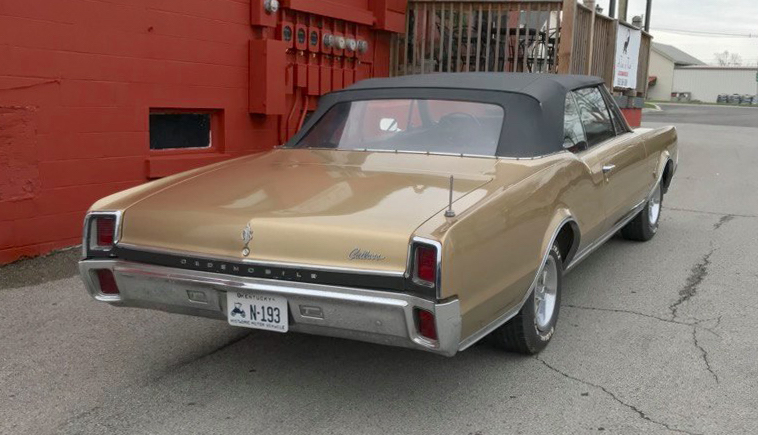 Sometimes bringing you the daily RealRide is a group effort. This clean-looking 1967 Oldsmobile Cutlass Supreme is an excellent example. It came to us from old friend and former Hamburg, New York neighbor Rick Lapp, who now resides near Williamsport, Pennsylvania. He received the photo from his old high school buddy Steve Nicaise, who found the car in Louisiville, Kentucky, which he now calls home. So these photos traveled about 800 miles before arriving at the RealRides headquarters in Tonawanda, New York. Lol… The Cutlass Supreme, which Olds told us was “How to go elegant without going overboard,” was one of three different mid-sized Olds convertibles offered in 1967, along with a more base Cutlass model and the high-performance 4-4-2. These smaller Oldses, in both Cutlass and F-85 guises, came in just about every automotive body style of the day: two- and four-door sedans and hardtops, convertibles, and two- and three-seat station wagons in both the raised-roof Vista Cruiser and regular-roofed Cutlass and F-85 models. As the folks in Lansing liked to say, “Olds is out in front again—with a Rocket to fit yourpocket!”