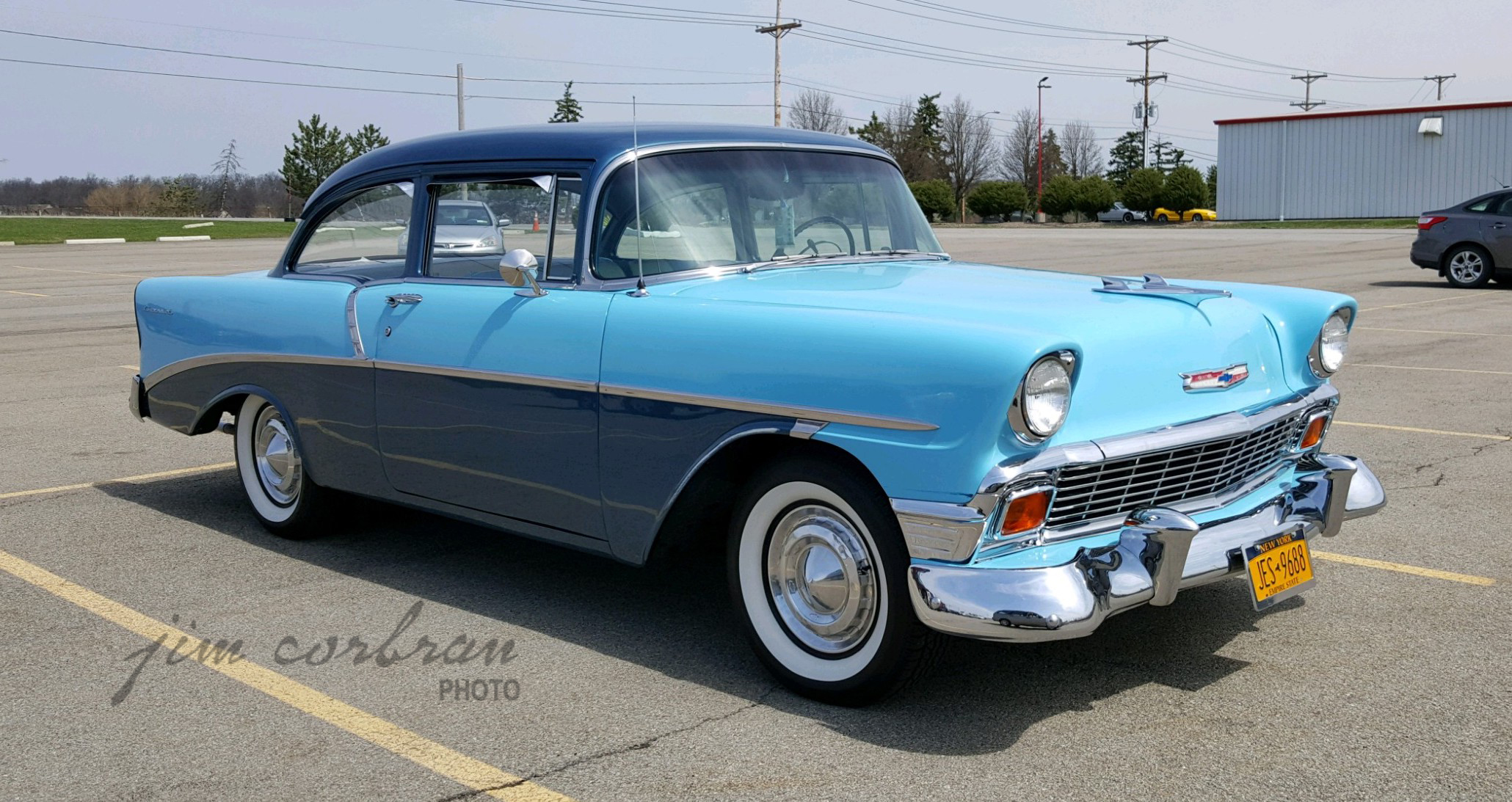 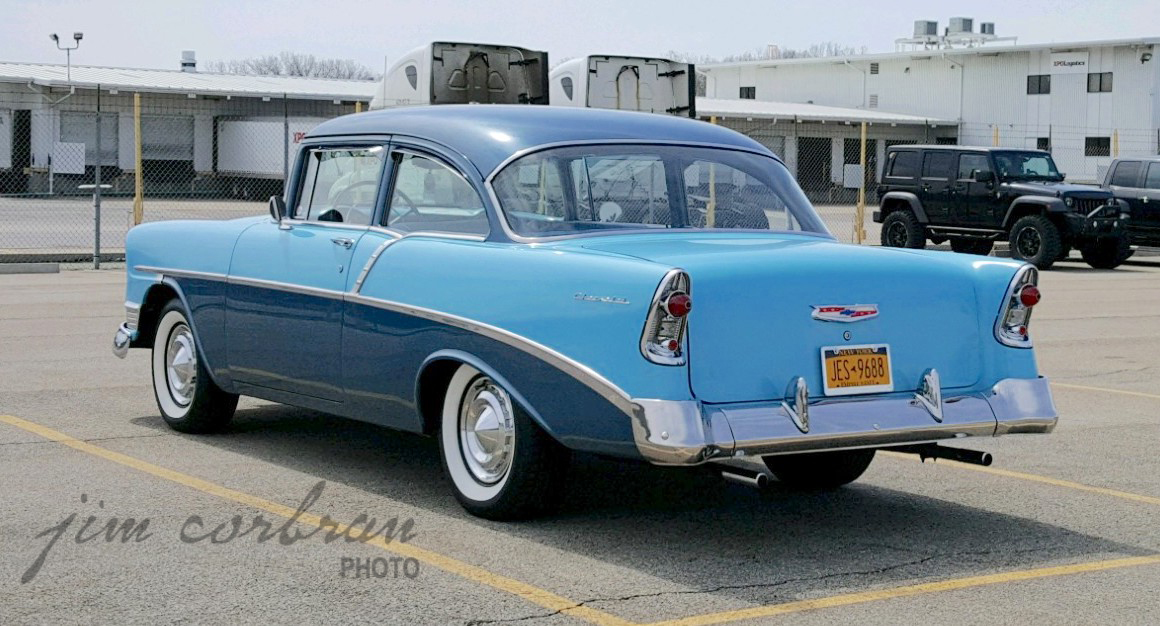 Of the famed Tri-Fives, I’ve always preferred these (maybe because I’m also a middle child). I’m guessing this particular 1956 Chevrolet Two-Ten was involved in some sort of Bring Your Classic Car to Work Day, as we found it a few weeks ago parked in one of the many industrial parking lots of Tonawanda. The Two-Ten itself was a middle child — positioned between Chevy’s base model One-Fifty and the spiffier Bel Air models. It was offered in all of Chevy’s body styles for 1956 except for the convertible. Standard engine was the 140-hp Blue-Flame Six, while the 265-cu.in. V-8 was available in horsepower ratings of 162, 170, 205, and 225. Three different transmissions were also offered: the standard heavy-duty synchro-mesh three-speed stick (with or without overdrive), and the Powerglide automatic. A plethora of accessories were also available, including: Self-Deicing Windshield Wiper Blades ($1.65 each), radiator insect screen (95¢), glove compartment lamp ($1.10), and Continental spare ($123 — $131 on the Pacific Coast).This Nassau Blue over Harbor Blue two-door is just one of 14 two-tone combinations offered for 1956 (see below). 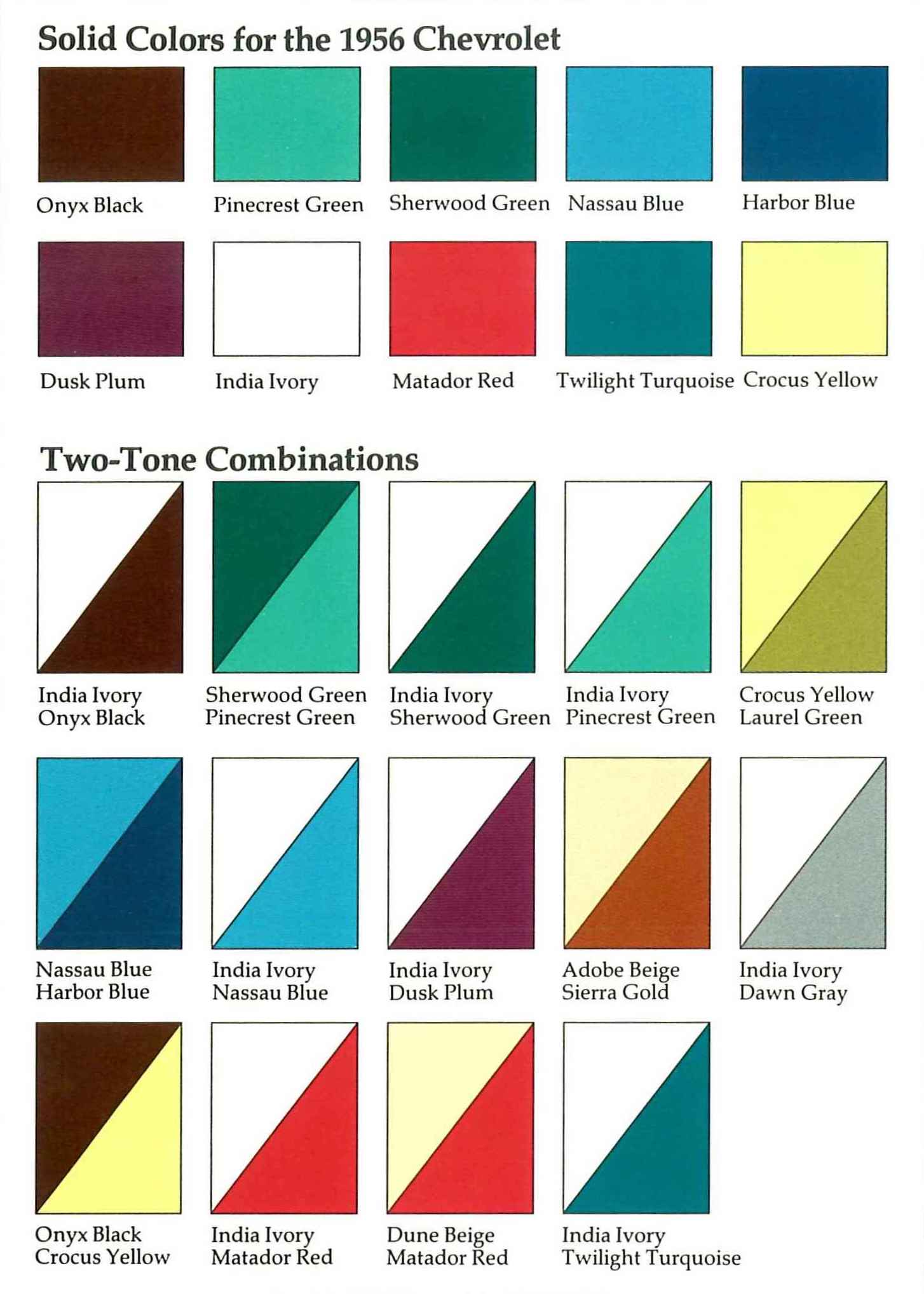