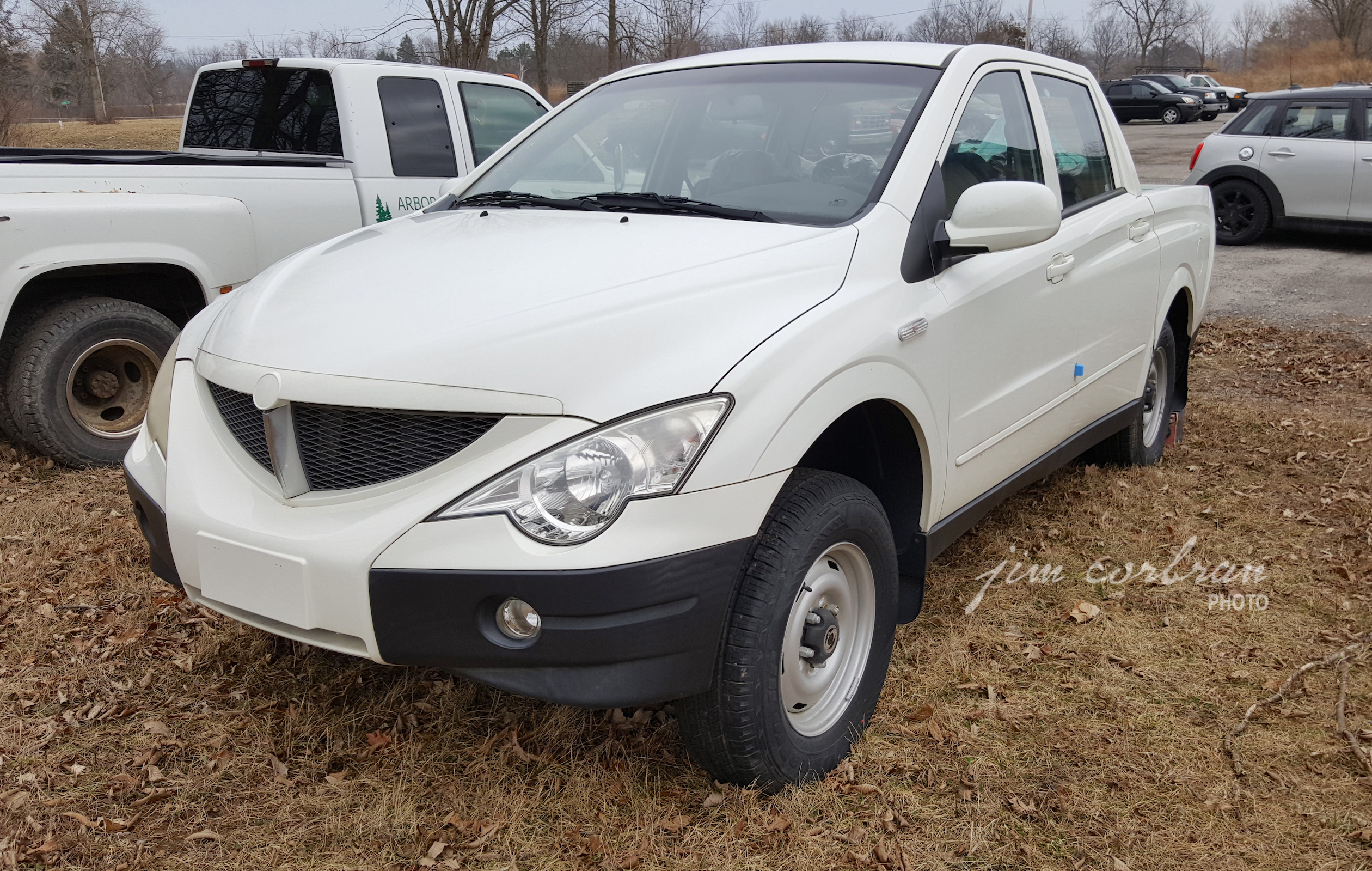 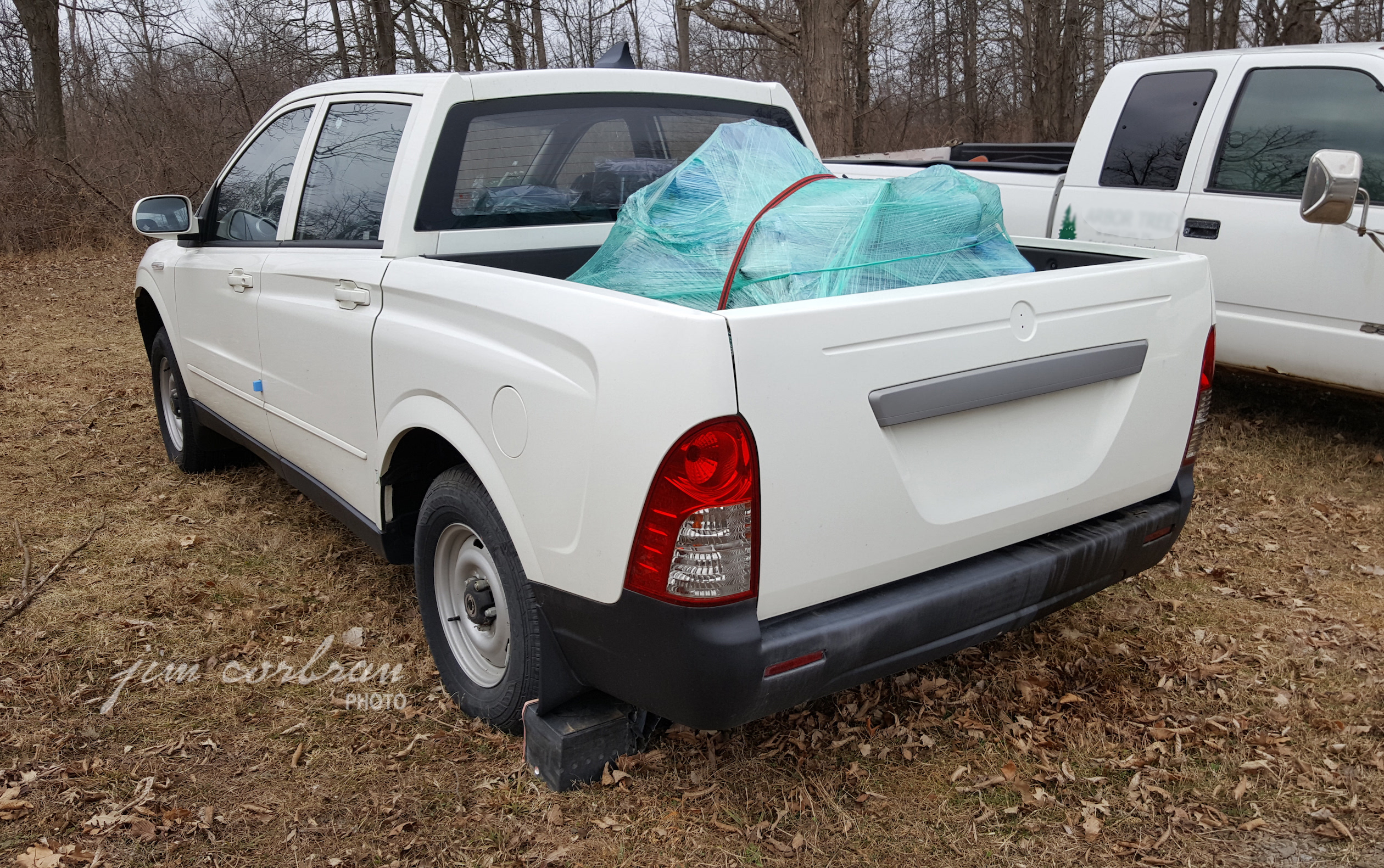 And now for something completely different — a SsangYong Actyon Sport Truck, c2008. A what!? No, that name’s not a typo. (Nor is it a Pontiac Aztek pickup, Lol...) SsangYong is a Korean manufacturer which has never officially exported vehicles to the U.S., however, around 200 were brought here without drivetrains by a California concern to be converted to electric power (according to one source on the internet). It’s likely that this is one of them. There is no SsangYong badging to be found anywhere on the outside, but the logo is embossed on the wheel caps and the steering wheel, and the SsangYong name is etched into all of the glass. When we came upon this one in Youngstown a while ago, no one was around to ask what’s going on with the truck, but in the bed is what could be the truck’s new powerplant. Or, maybe not. At any rate, I doubt many of us will come across another eleven-year-old brand-new SsangYong Actyon anytime in the near future.