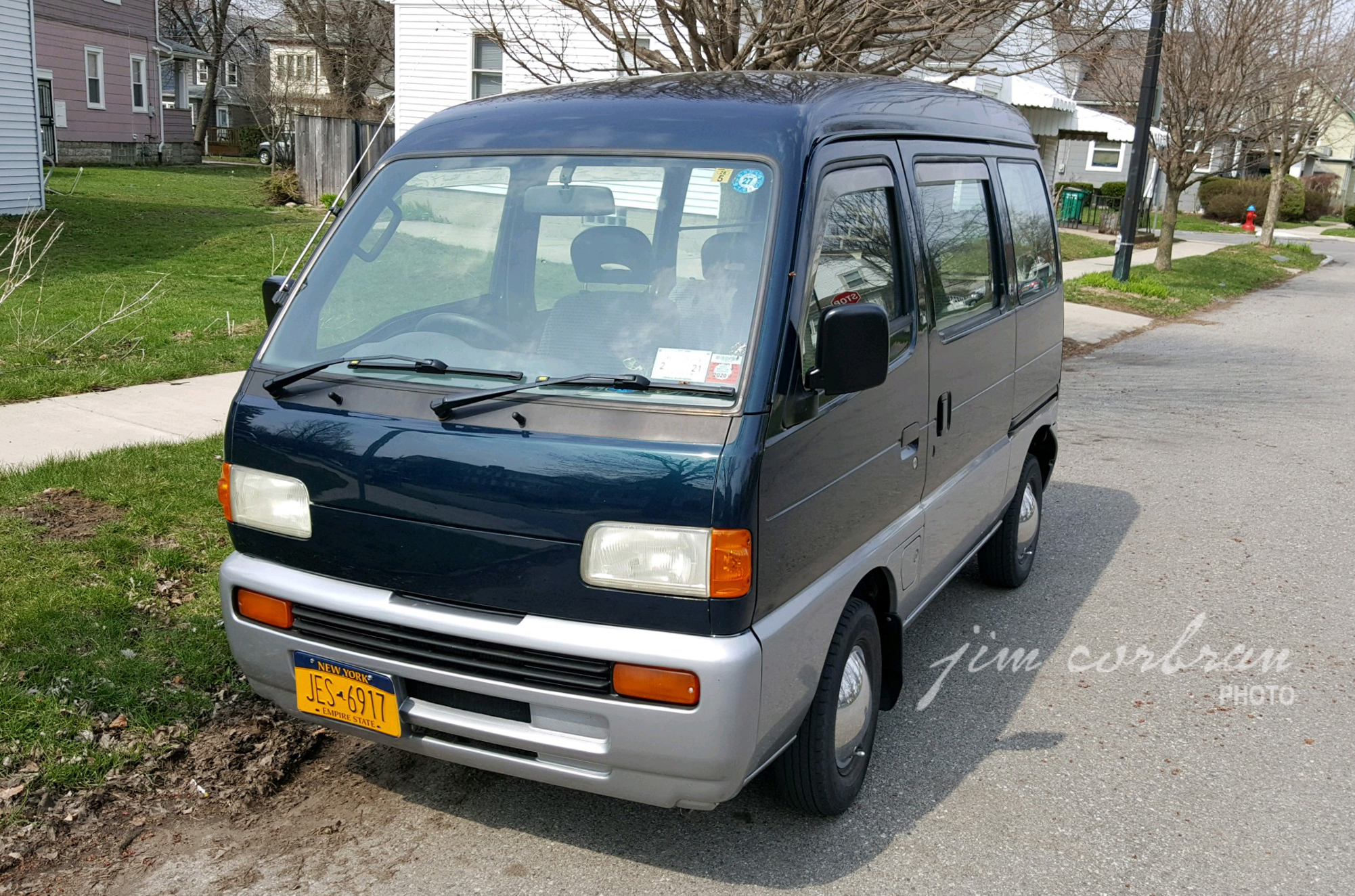 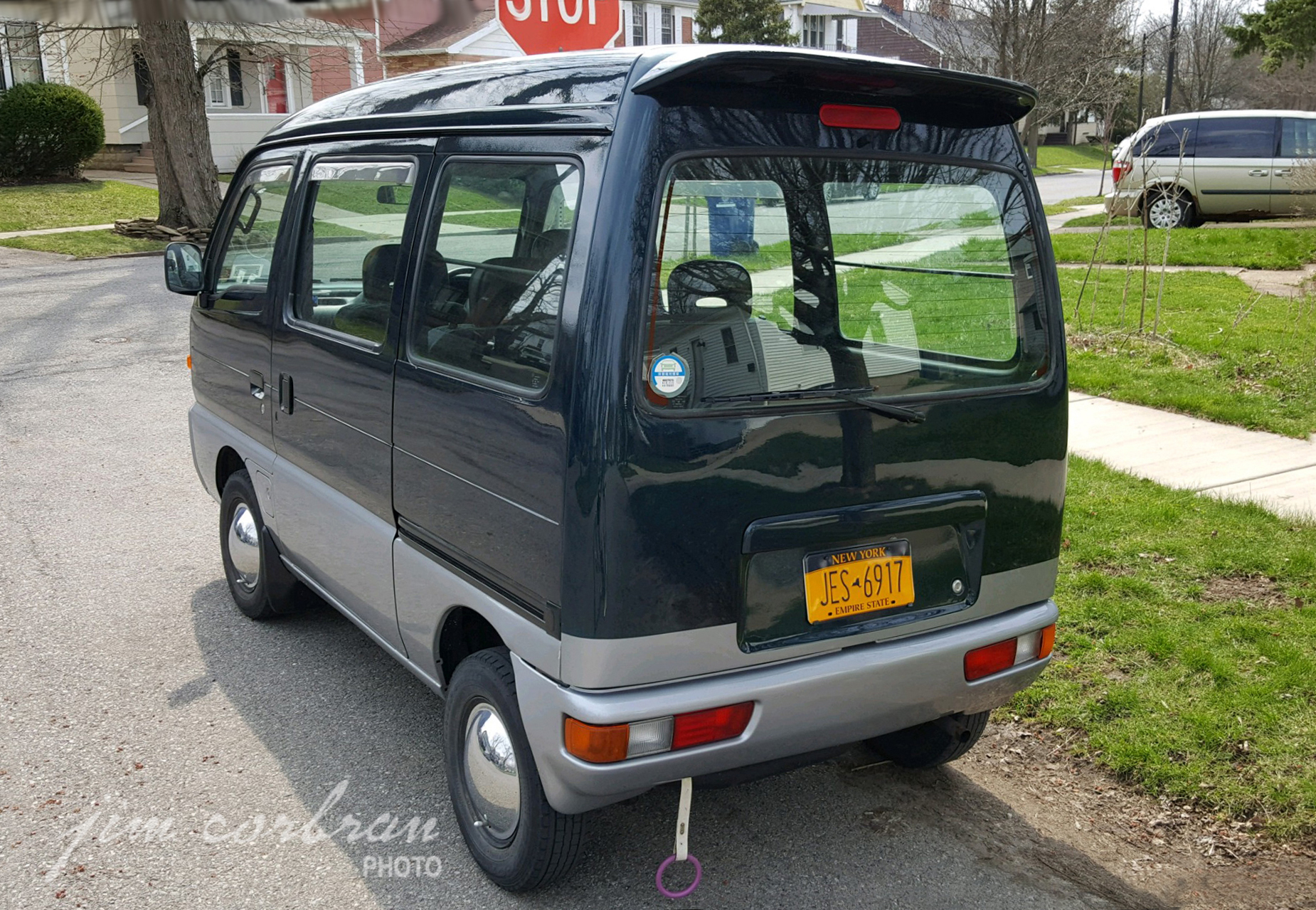 This 1991 Suzuki Every is one of those things that really stands out in a crowd — if you’re able to notice it at all, that is. These things are tiny (at least by U.S. standards). They're members of the Kei class of vehicles in their home market, one of the smallest in Japan’s complex system of categorizing cars and trucks by vehicle size and engine displacement, which was not to exceed:

Model year 1991 marked the ninth generation of the small Suzuki van, which was first called the Carry, available in van (with or without windows) and pickup truck versions. In 1982 Suzuki changed the name of the van version to Every, while the similar pickup retained the Carry badge. Some models were sold with two-stroke engines; while another variation was all-wheel-drive. In late 1993, all versions of the smaller vehicles were called Every (yes, every one of them) while the larger, more truck-like vehicles retained the Carry moniker. Saw this blue Every a few weeks ago while bicycling through Buffalo’s University Heights neighborhood.