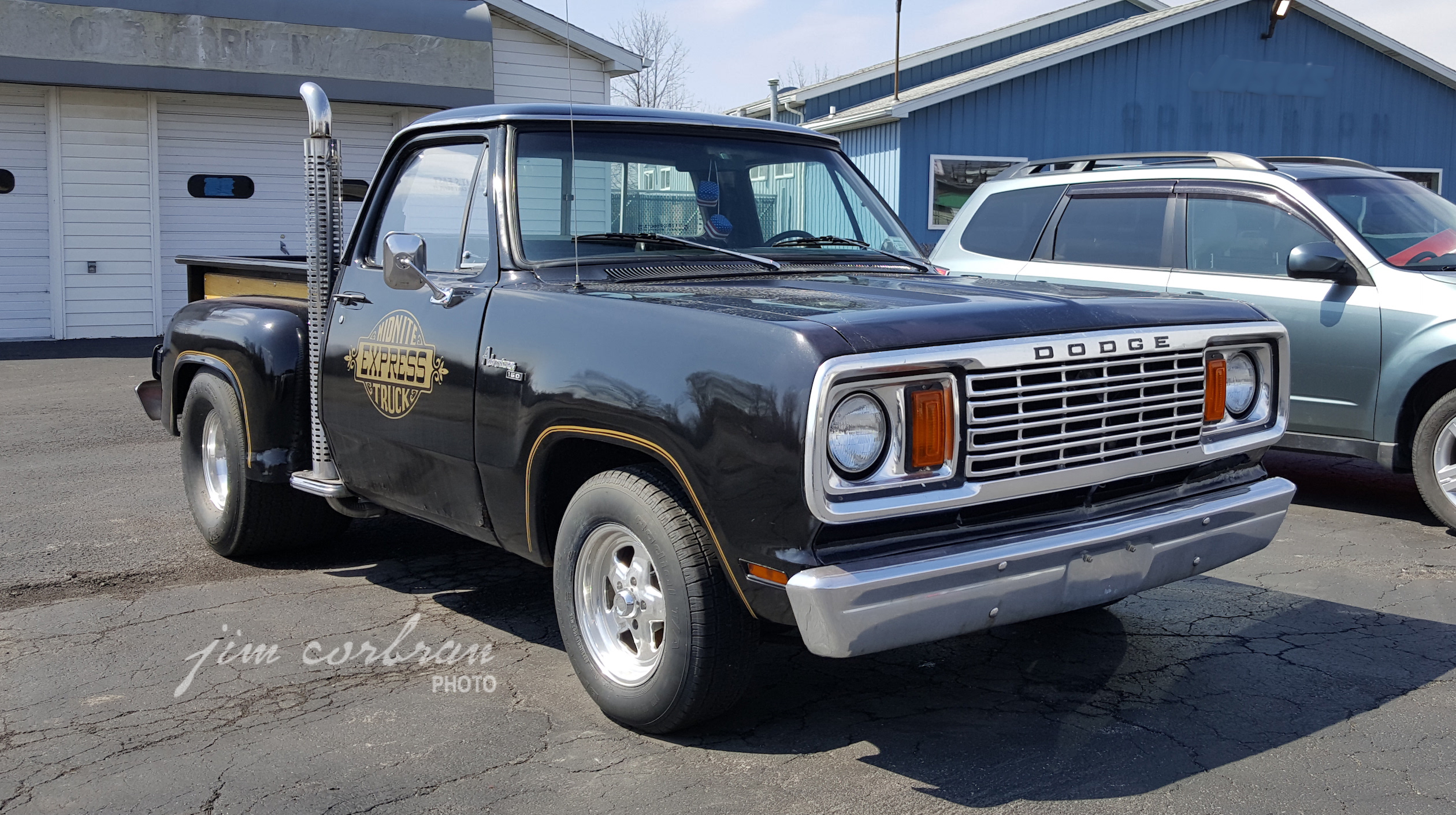 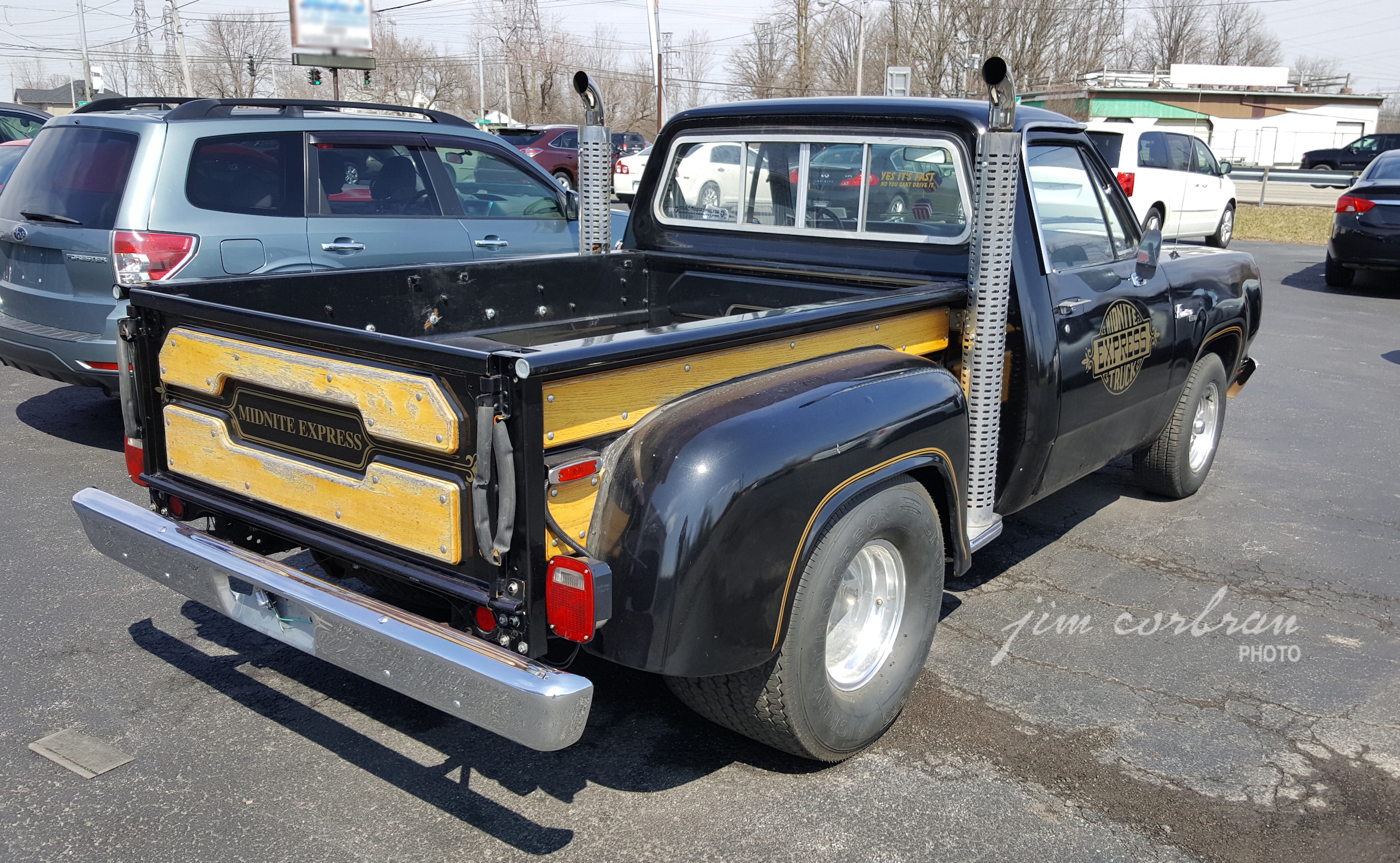 Ah, the internet. ‘Tis a lovely thing when you’re doing research — except when all of your sources contradict each other. Case in point: this 1977 Dodge D150 Midnite Express pickup. According to the web:

At any rate, this one was seen recently on a Niagara Falls used car lot. And it shouldn’t be confused with the aforementioned L’il Red Truck, which was also a D150 Adventurer with special red paint, wood trim, and chrome-plating on the vertical exhaust pipes, under the hood, and on the slotted wheels. A 360 V-8 was standard. The ME also shouldn’t be confused with the Warlock, which was an appearance package that was offered in four different colors and included: “fancy wheels, fat tires, real oak sideboards, chrome-plated running boards, bucket seats, and gold interior and exterior paint stripes.” 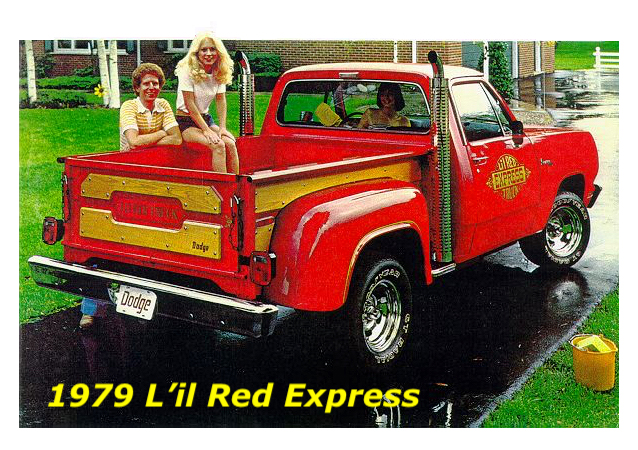 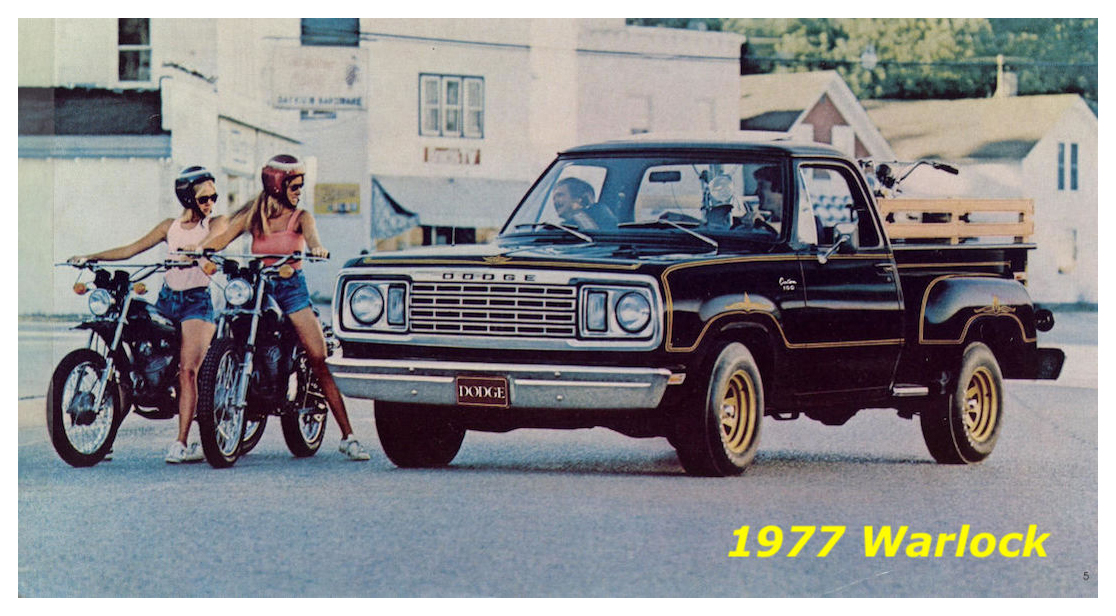