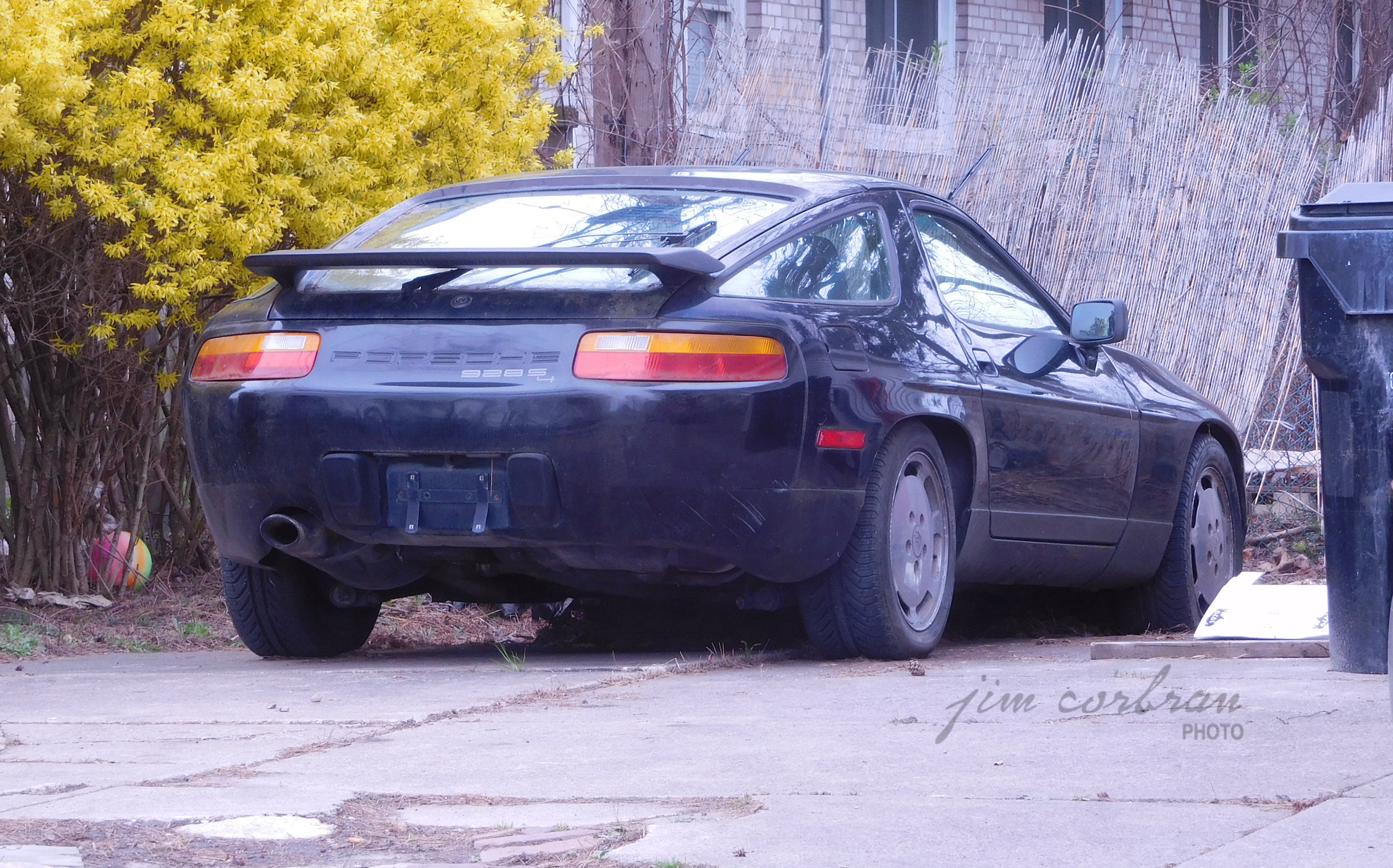 According to pca.org (Porsche Club of America), the Porsche 928 S4 was built from 1987-1991, and was equipped with a 32-valve 5.0L V8 which produced 316 hp. From 1987-89 a five-speed manual came standard, while a four-speed automatic was optional; the automatic was the only transmission offered during the final two model years. It was thought that the 928 would replace the iconic rear-engined 911 when it was introduced for model year 1978, but this luxury front-engined water-cooled sports car instead ended up complementing the lineup. It was discontinued after the 1995 model year. The 911, as we all know, is still in production. This black 928 S4 was seen a couple of weeks ago in Tonawanda.