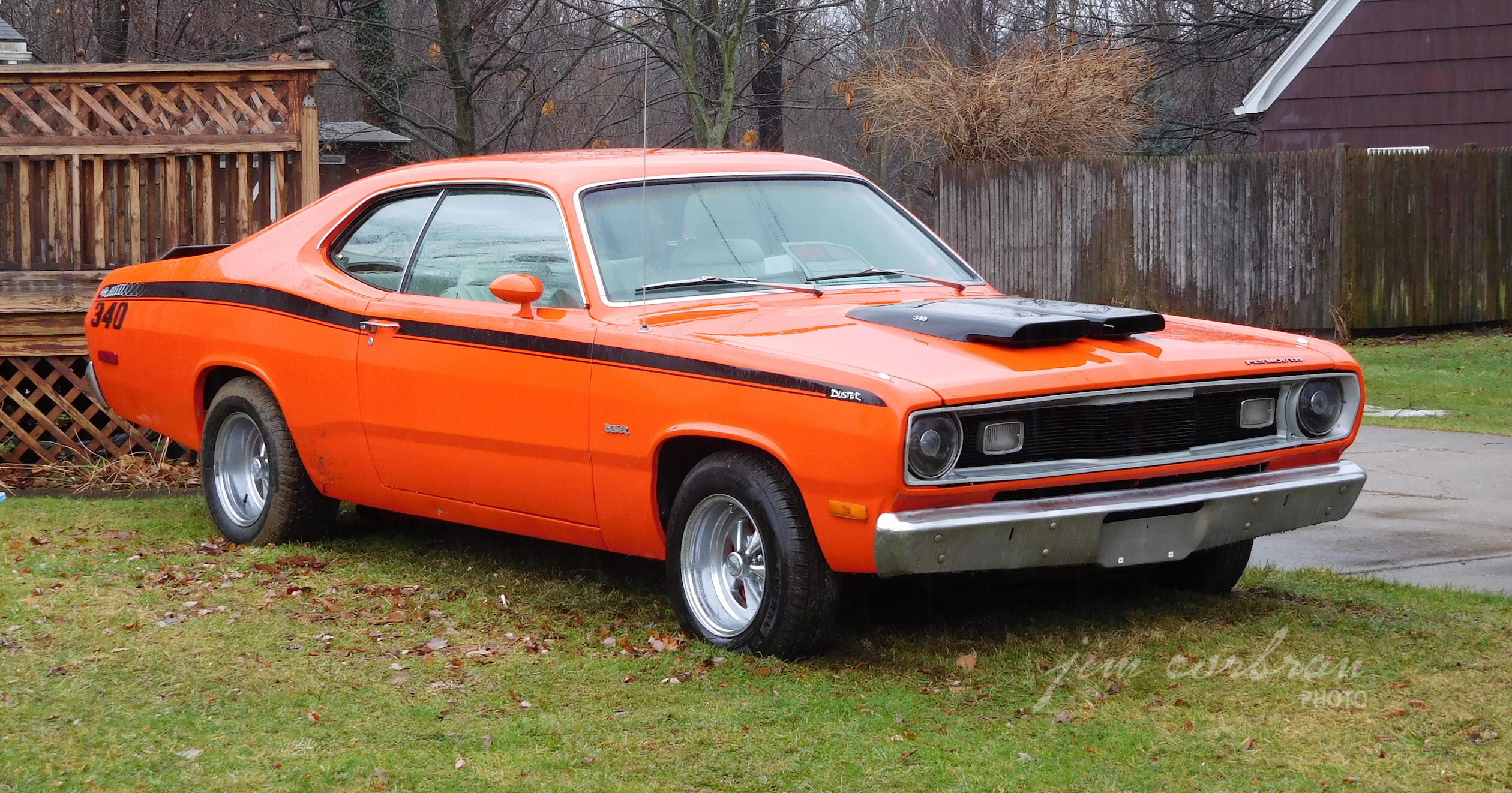 The muscle car era wasn’t quite dead yet when this 1972 Plymouth Duster 340 was new. The previous year Plymouth had advertised it as part of The Plymouth Rapid Transit System, and pointed out the Duster 340’s new “huge Carter Thermo-Quad carb” which had been installed on its “already well-endowed breathing system.” The Rapid Transit System was still around in 1972, and a full-color magazine ad or two was published, but insurance regulations and gasoline supply problems were helping to place more emphasis on economy, and the first mention of the Duster in the 1972 Duster•Valiant•Barracuda brochure was “Duster is the big buy in economy cars,” while the Duster 340 merited a mere two-line mention. It was both the end and the beginning of an era. This orange 340 was seen a few summers ago in Hamburg.