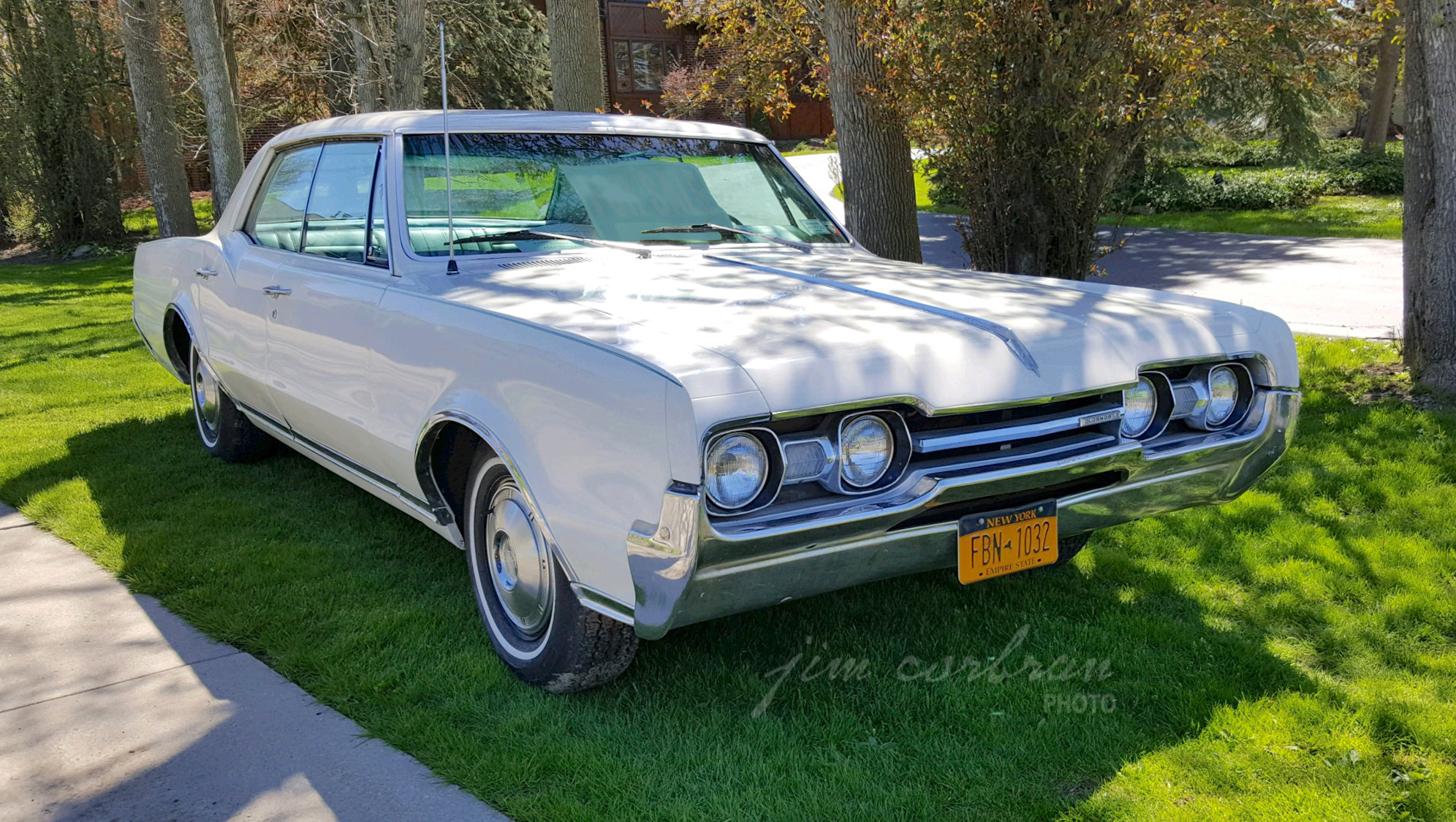 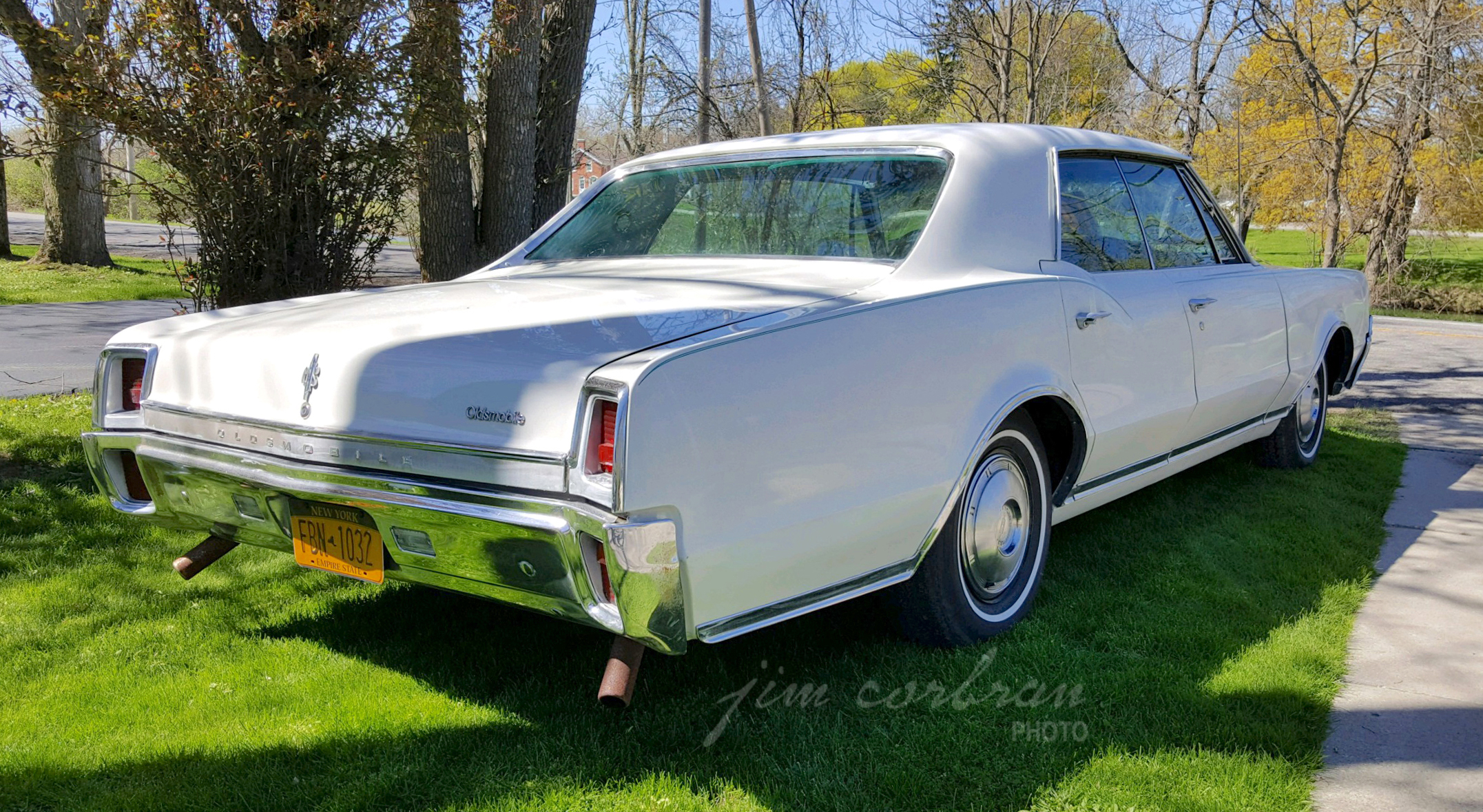 This 1967 Oldsmobile Cutlass Supreme Holiday Sedan (Olds-speak for 4-door hardtop) is one of only 22,571 produced. Which really sounds like a lot compared to the non-Supreme Cutlass Holiday sedan — of which only 7,344 were built with the V-8 and a mere 644 with the inline six! You don’t see many mid-sized four-door hardtops anymore from this era, as it seems most collectors over the years focused on two-doors & convertibles. Now that prices are going up for those models, buyers are finally starting to pay attention to traditional family cars like this one, which a sign on the windshield tells us is for sale (by the original owner!). It has a little over 73k on the odometer, and is currently sitting in an Amherst front yard.