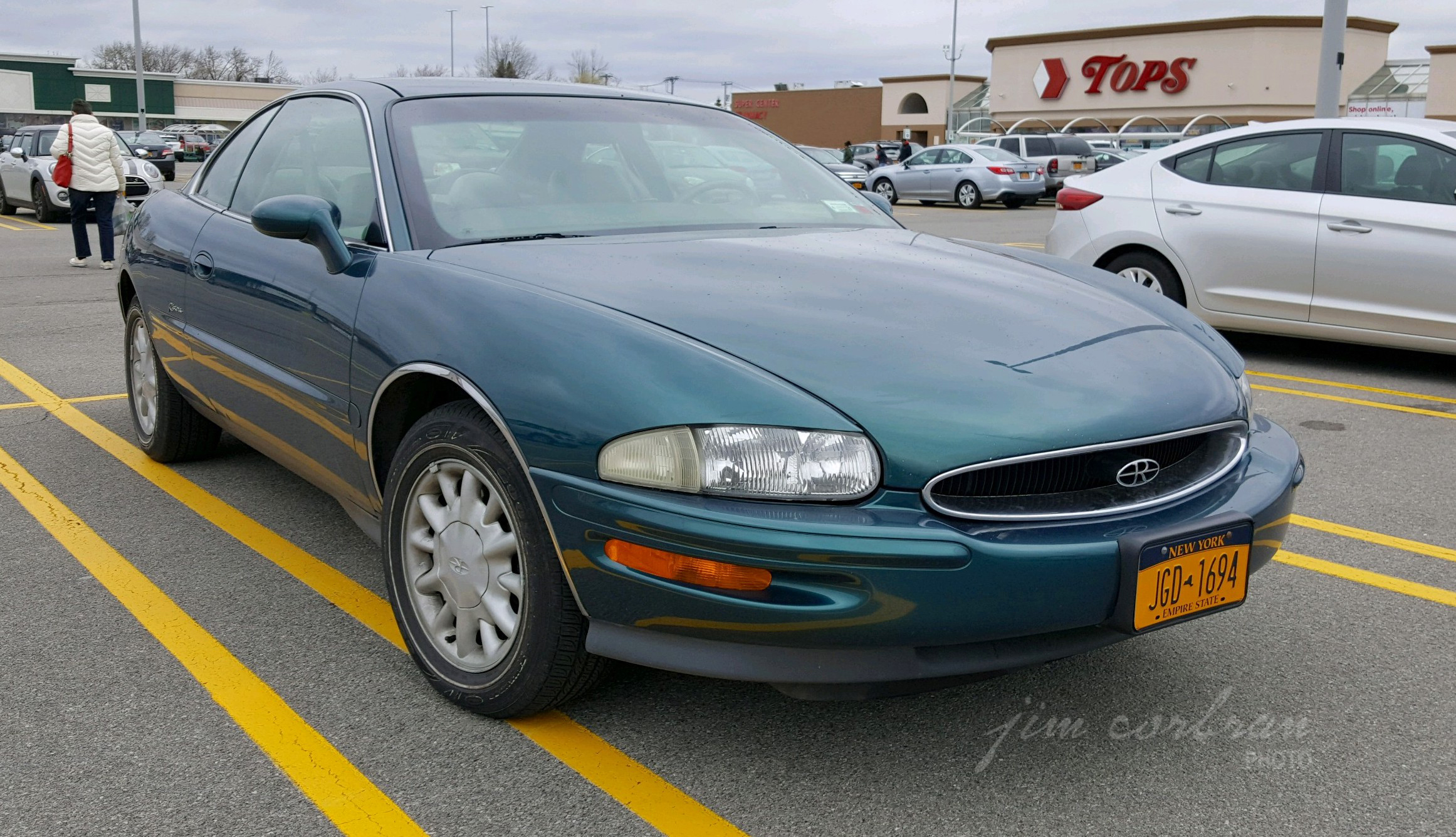 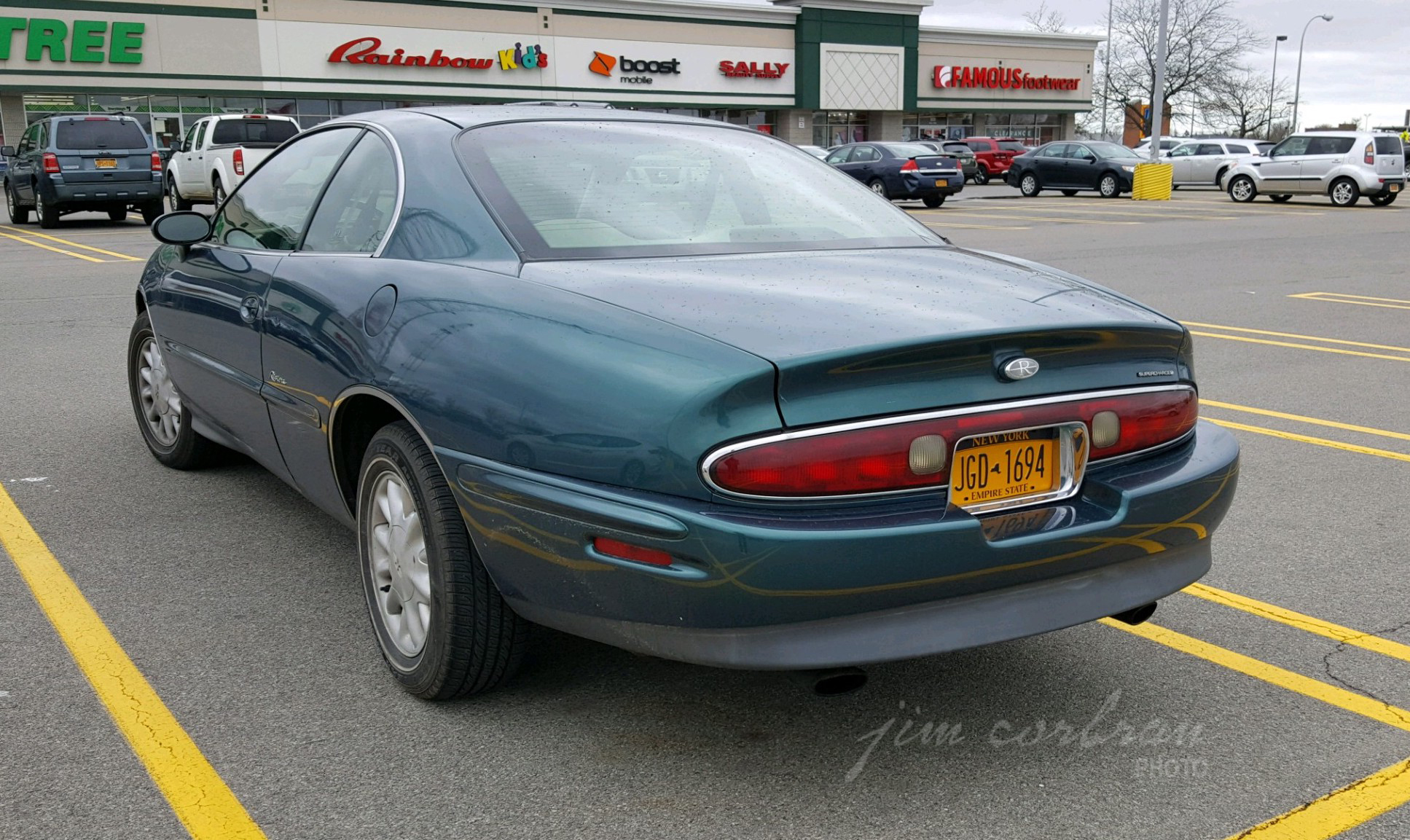 I think it’s safe to say that this supercharged 1997 Buick Riviera is from the Love It or Hate It school of car design. First introduced for model year 1963, the original Riv is thought of by many as one of the nicest car designs offered for sale. By anyone. After a series of redesigns and downsizings, Buick’s luxury coupe went on a one-year hiatus after the 1993 model year. It returned for 1995 in the guise seen here. Whereas the 1993 model shared its platform with the Cadillac Eldorado and Oldsmobile Toronado, the new Riv’s genes were shared with the four-door Oldsmobile Aurora (looking at the two of them it’s not hard to see the similarities). This final (for now at least) version of the Riviera lasted through model year 1999. Today’s green example was seen a few weeks ago in Buffalo.