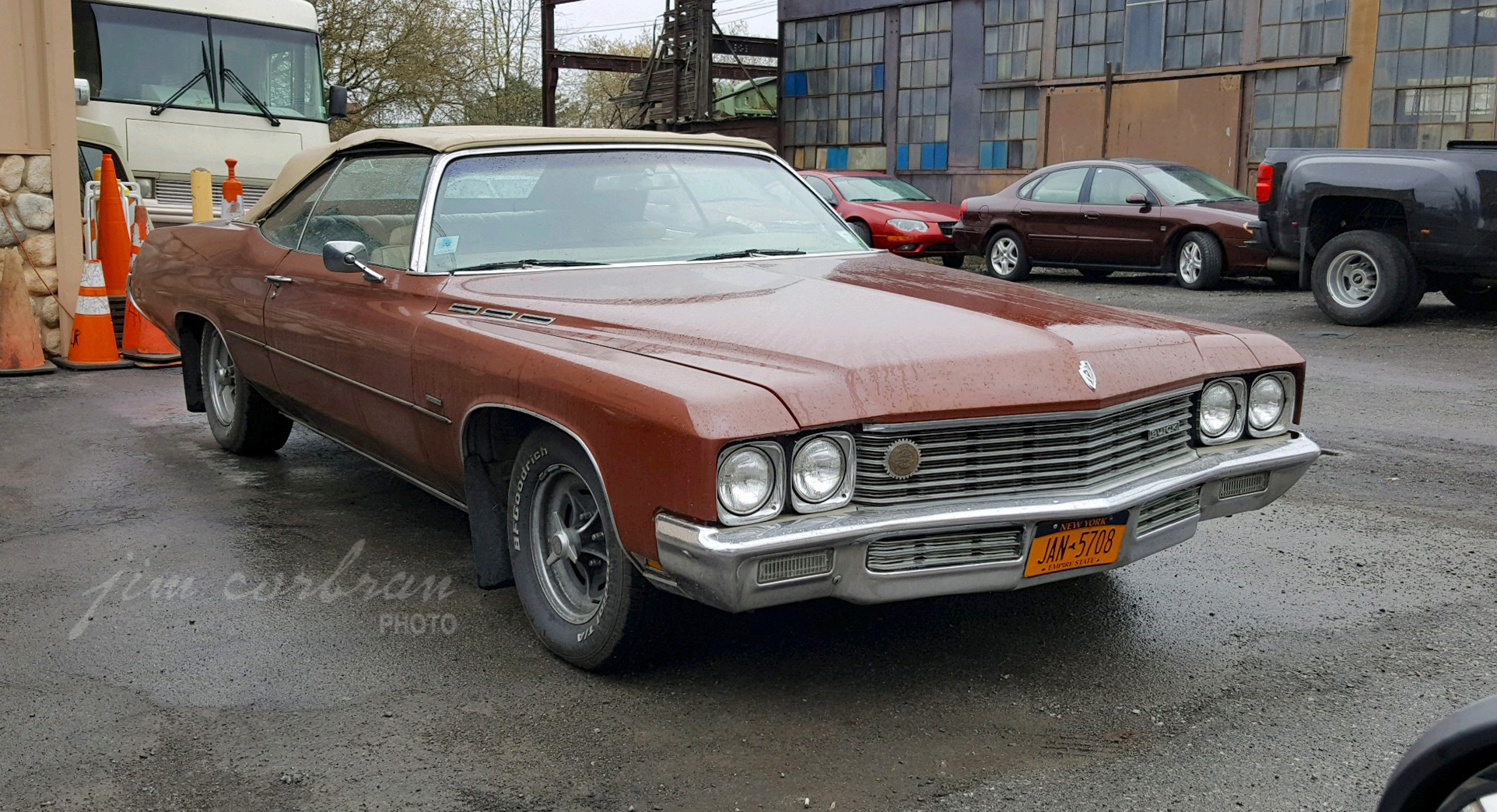 Saw this 1971 Buick LeSabre Custom a month or so ago in Tonawanda. This was the first year of a restyle which would last through model year 1976, the final year before GM’s big downsizing program took hold. Of course, federal regulations would drastically change to look of these big Buicks through its six-year run, but the basic body shape remained pretty constant. This one looks to be shod in a set of Buick’s chromed road wheels, but the tri-bladed spinners don’t seem to appear anywhere in Buick’s literature that I could find. The paint though, seems to be factory Burnished Cinnamon Poly. Or, in layman’s terms, brown, Lol…