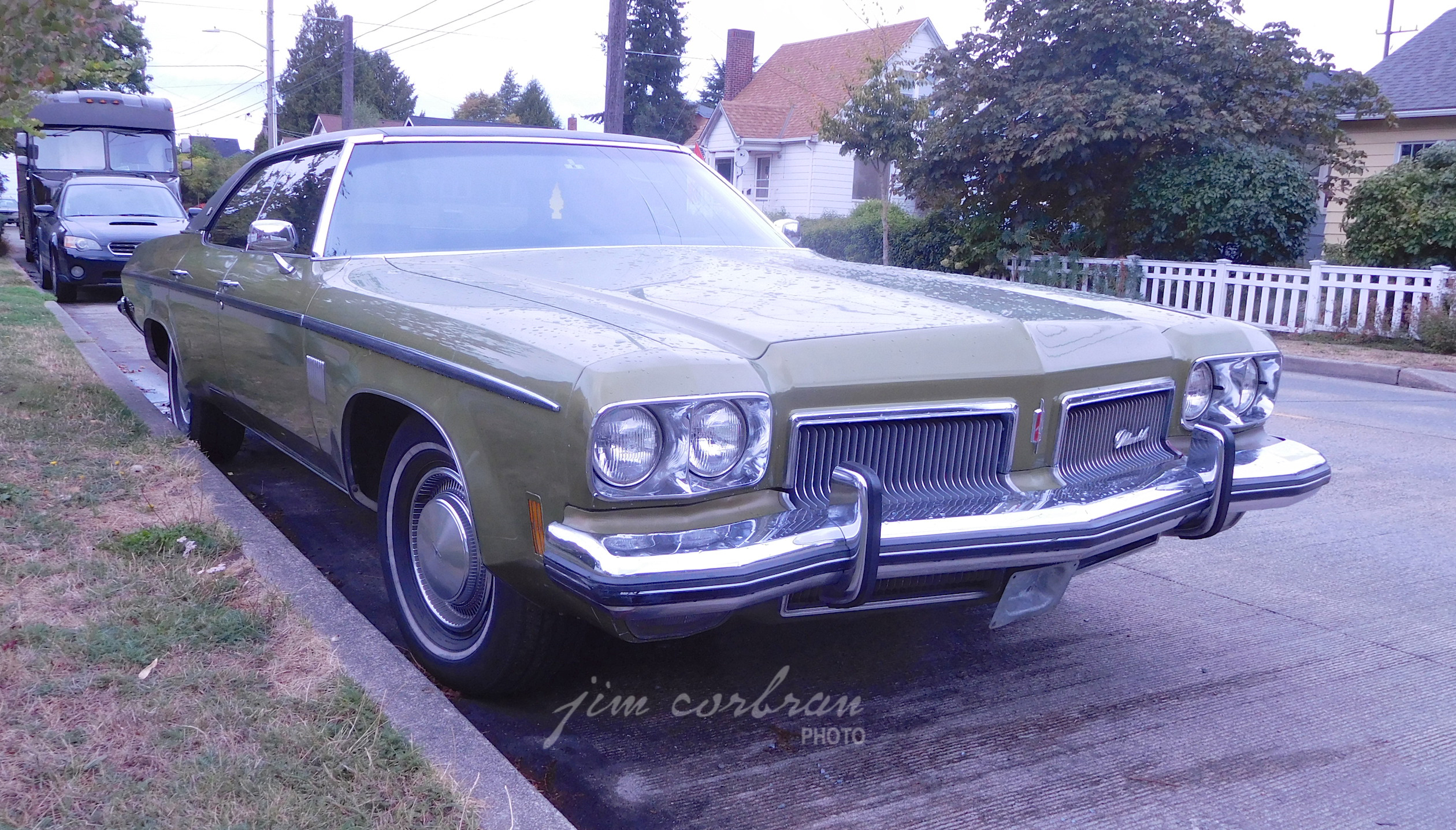 This 1973 Oldsmobile Delta 88 was the last big Olds before Uncle Sam mandated its Battering Ram bumpers. The ’73 units were a bit heavier than the more integrated ones found on the 1971-72 models, but were a far cry from the gawd-awful things introduced for 1974 (see below) which looked like afterthoughts. Actually, they were afterthoughts. Bad afterthoughts. Olds told us “Delta 88 is over 4,100 pounds of ruggedness, on a 124-inch wheelbase.” I guess if you’re gonna be stuck making them big and heavy for a few more years, might as well run with it! One advantage of this largesse, as the copywriters went on touting size, was that “The trunk is vacation-sized.” And although they failed to mention it, also Drive-In-sized. Saw this one last fall while visiting Seattle.