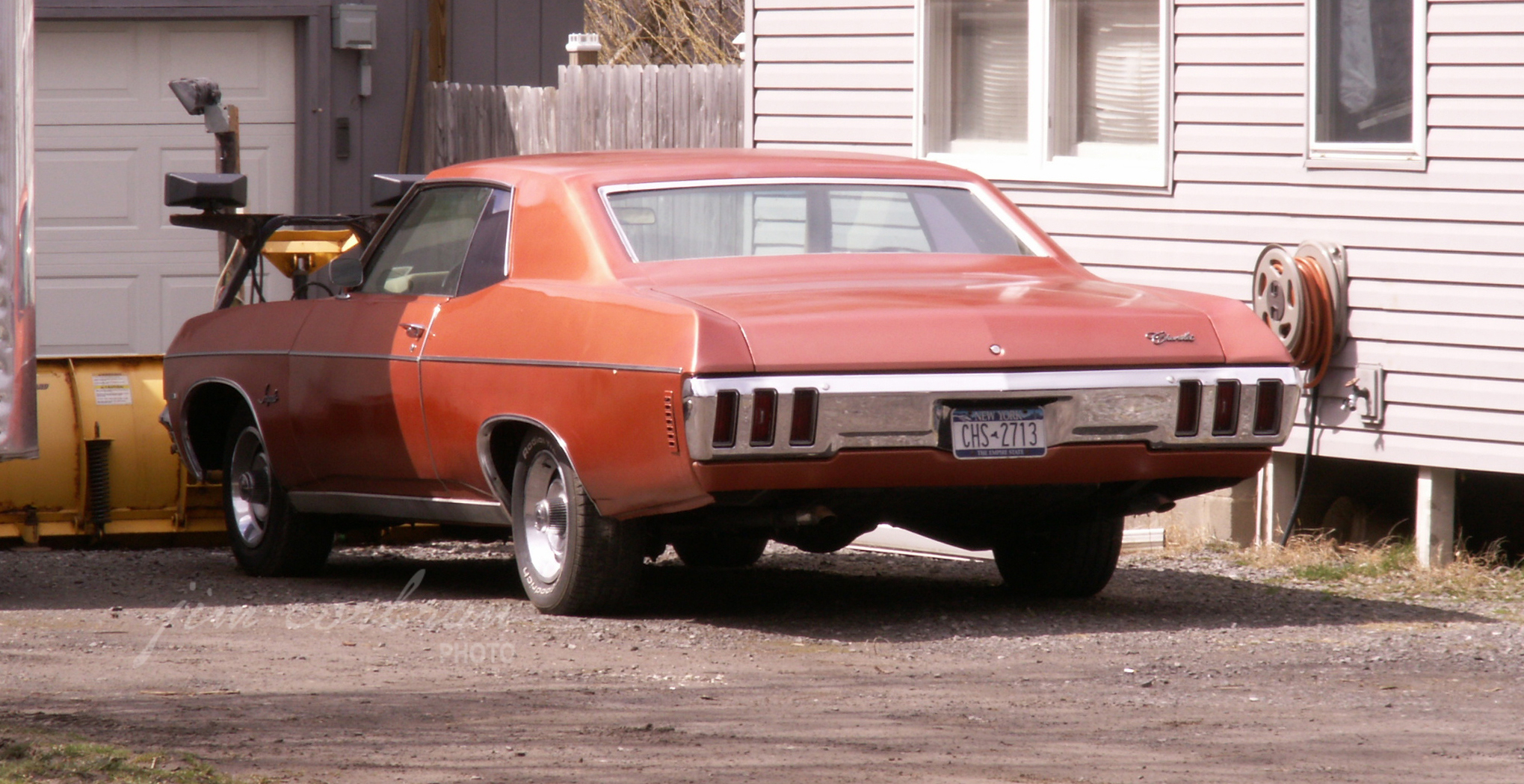 When this 1970 Chevrolet Impala Sport Coupe hit the market, the Impala was a long time gone from sitting at the top of the big Chevy hierarchy, having been displaced partway through the 1965 model year by the Caprice. The Impala was still going strong though, and there were two versions of the two-door hardtop available — this Sport Coupe and a more formal-roofed version called Custom Coupe. The squared-off Custom Coupe shared its top with the Caprice, but in a few years the more formal version would win out — and by then it would be a pillared coupe as the last true two-door hardtop was the 1975 Impala Sport Coupe. Found this gold ’70 example a couple of years ago in Clarendon.