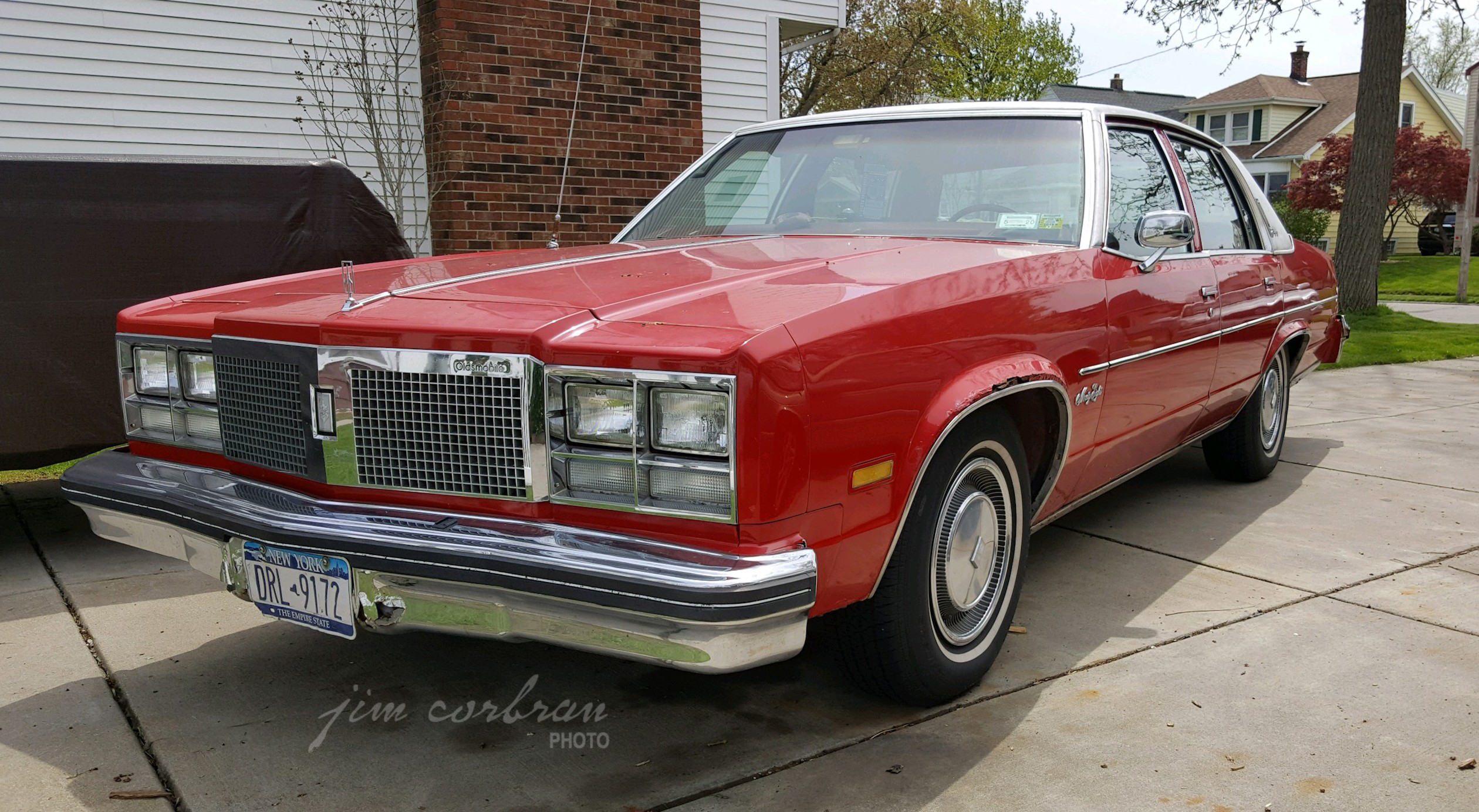 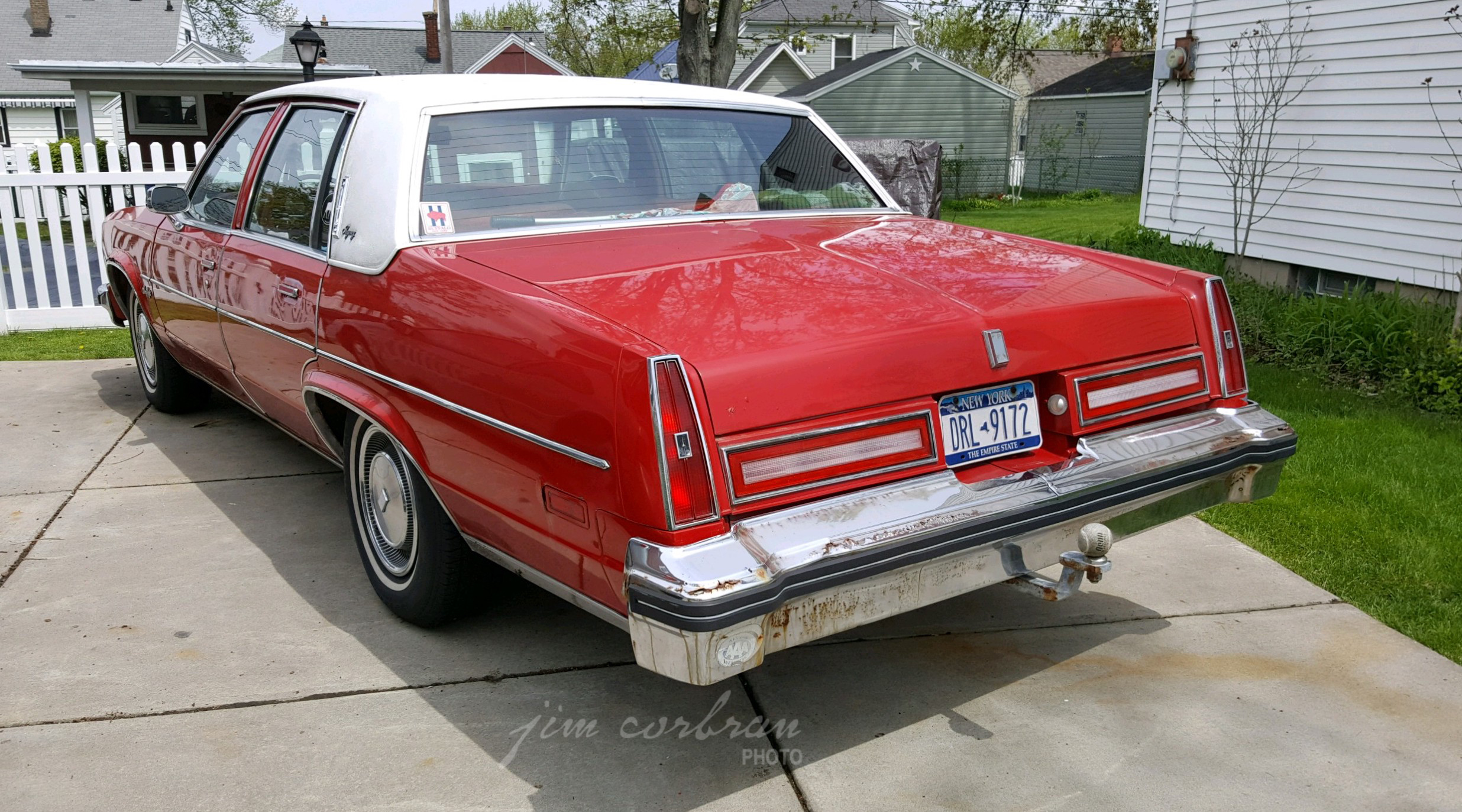 This 1977 Oldsmobile Ninety-Eight Regency really bucked a trend. For years, American car manufacturers annually touted their “longer, lower, wider” offerings. But for model year 1977, General Motors decided that it was time to stop the madness. Longer, lower and, wider full-sized cars were out; “…new size, new maneuverability and new fuel economy” were the new catch phrases in the ’77 Olds full-size car brochure. And that new size was smaller. Yet somehow, compared to the previous model, designers made them bigger on the inside. Like… the Tardis? Lol. Ninety-Eight Regency interiors were still sumptuous in either crushed velour, white vinyl, or leather. And as an added bonus, “An amazingly accurate digital clock (was) standard.” Saw this well-preserved four-door on a walk through the RealRides Tonawanda neighborhood a couple of weeks ago.