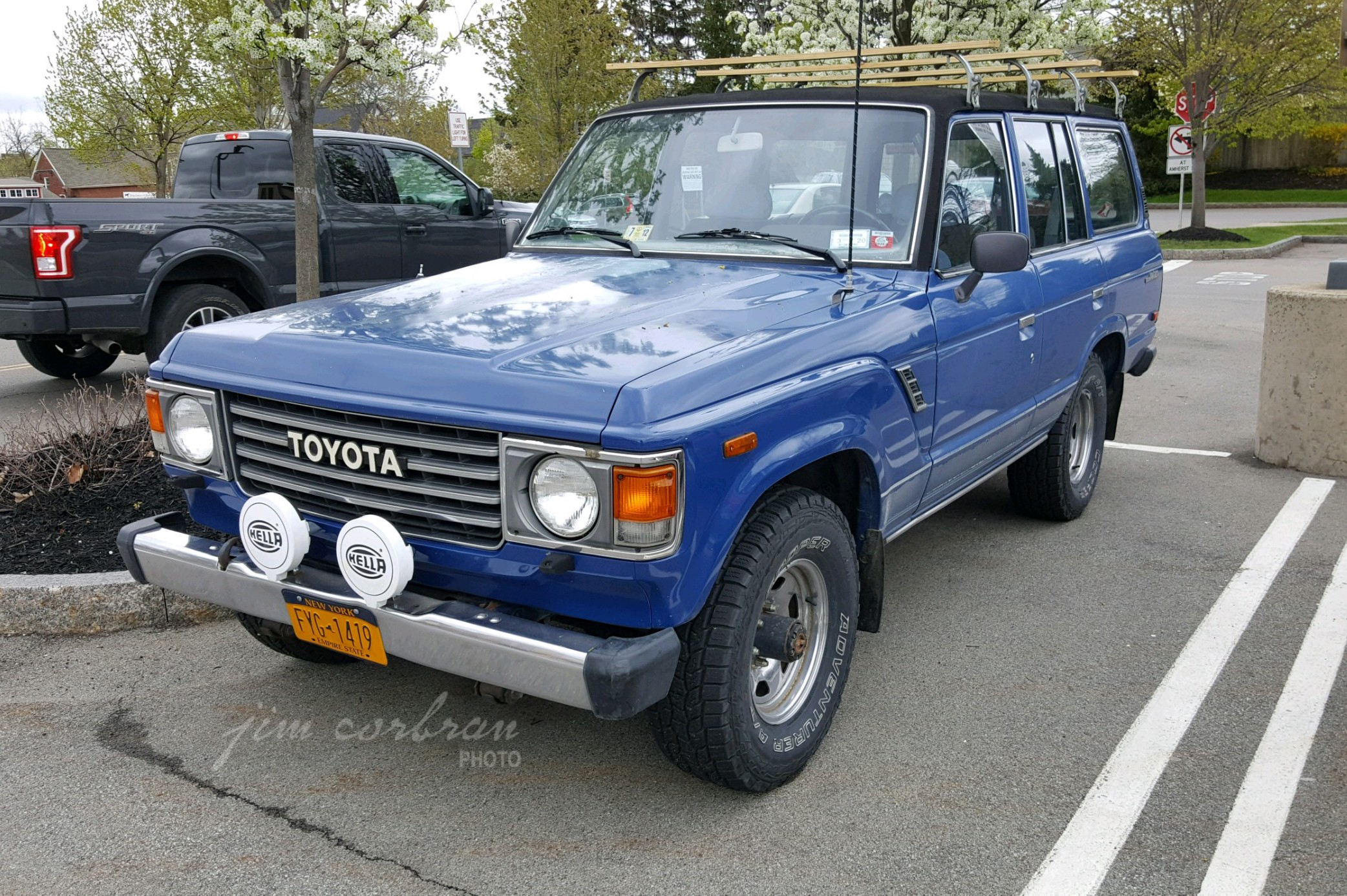 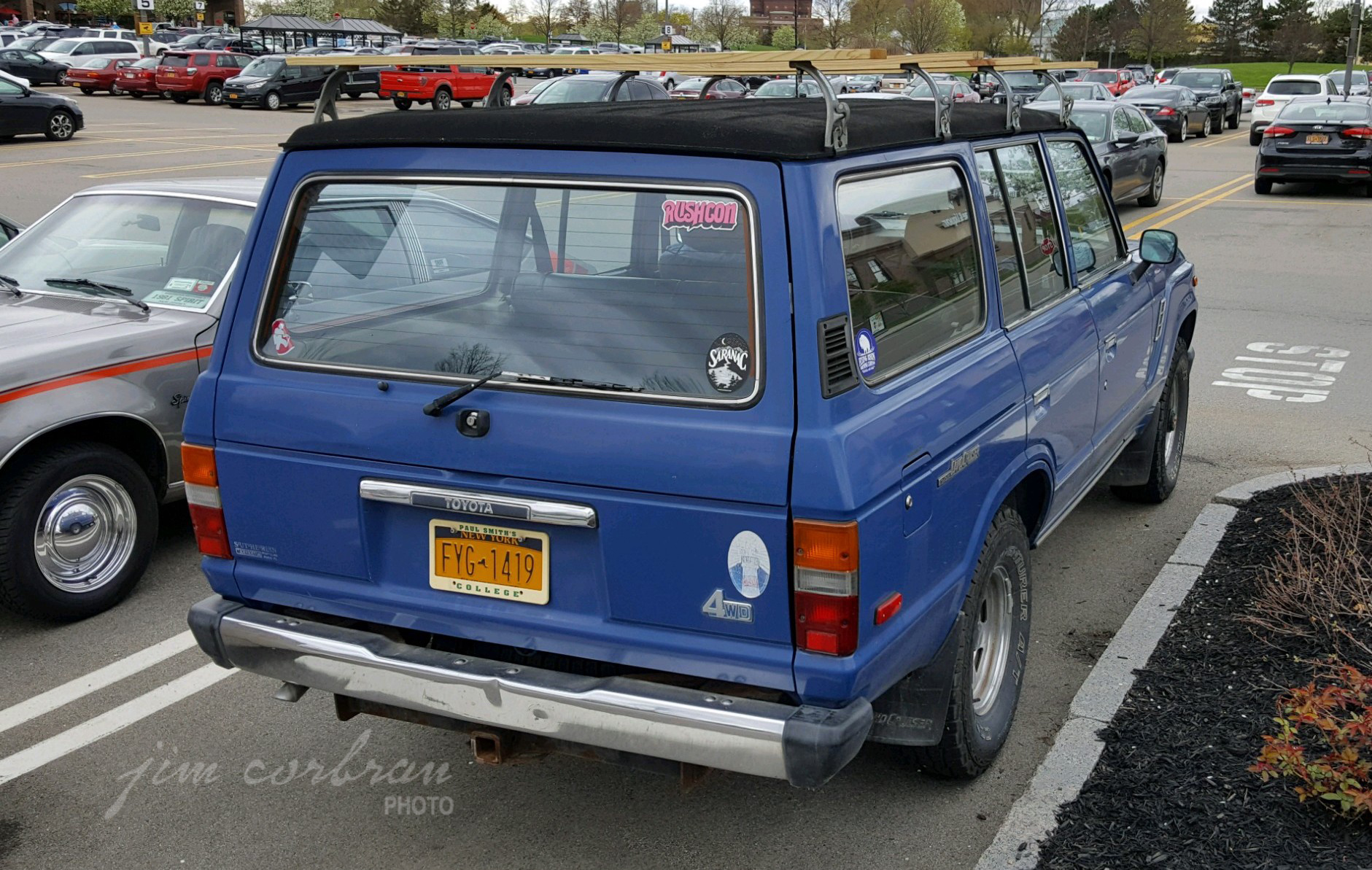 You might expect to find a 1987 Toyota Land Cruiser (FJ60 series) like this one in, say, a re-run of Mutual of Omaha’s Wild Kingdom; or maybe some archive photos of one of the many Middle East wars fought over the years. However, this one was seen a couple of weeks ago in a Buffalo parking lot. These Japanese wagons were on a par with the equally rugged British Land Rovers, and came equipped with an inline 4.2L OHV six, rated at 135 hp. Introduced in 1951, the Land Cruiser is Toyota’s longest continuing series of vehicles, with the current V8-powered luxury version having a starting MSRP of $85,165 in the US. The 2019 LC brochure, while updating us on the marque’s history, mentions a conversation with a Land Cruiser mechanic, who concluded his comments with “…the story of a guy who’s got 650,000 miles on his Land Cruiser. But it’s not being towed to the junkyard. It’s his daily driver.”