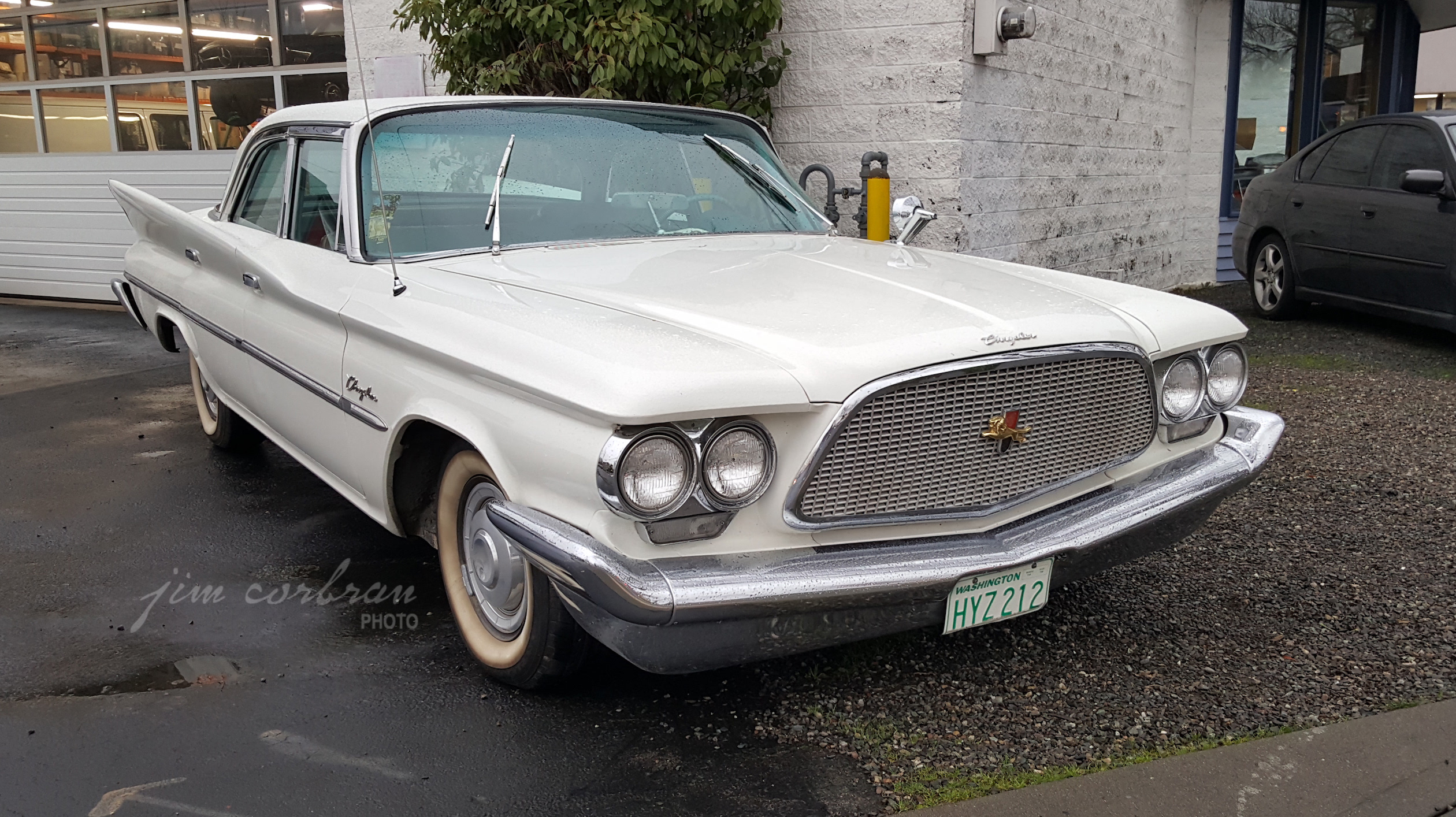 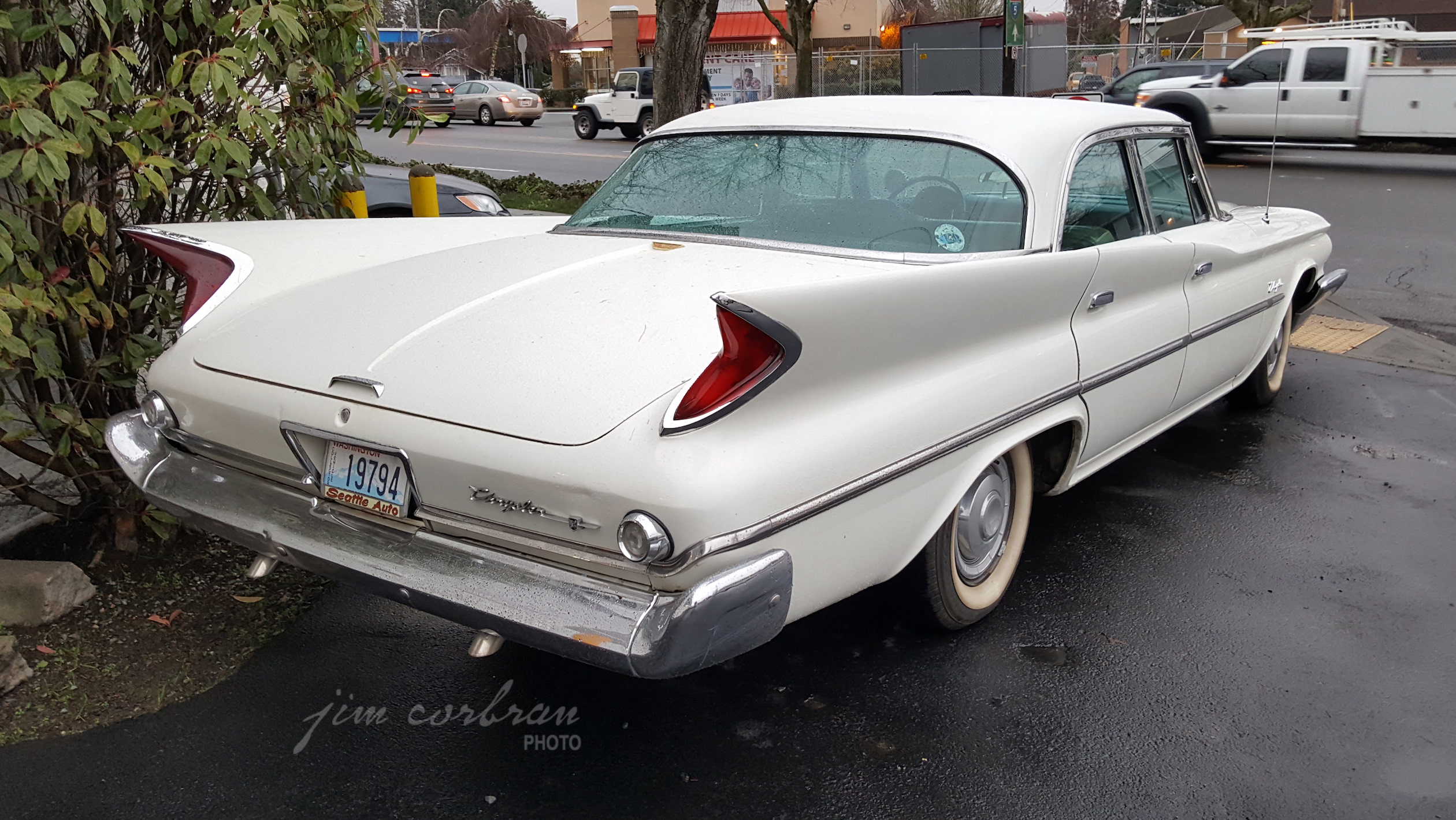 According to the brochure, this 1960 Chrysler Windsor 4-door sedan exhibited “…a hardtop flair seldom found in sedans.” Not sure just what they were going for there, other than the fact that the roofline of the sedan pretty much mimics that of the four-door hardtop — which was also true of a lot of other makes. Oh those copywriters! The Windsor, Chrysler’s least expensive nameplate, in addition to this sedan was also available as a two- or four-door hardtop, a convertible, and six- and nine-passenger station wagons. All Windsors and Saratogas came with a 383 cu. in. V-8, while the New Yorker had a 350-hp version of the 413; the 300F, Chrysler’s performance model, came standard with a 413 rated at 375 hp, with an option of 400 hp. Saw this white Windsor last December in a Seattle, Washington used car lot.