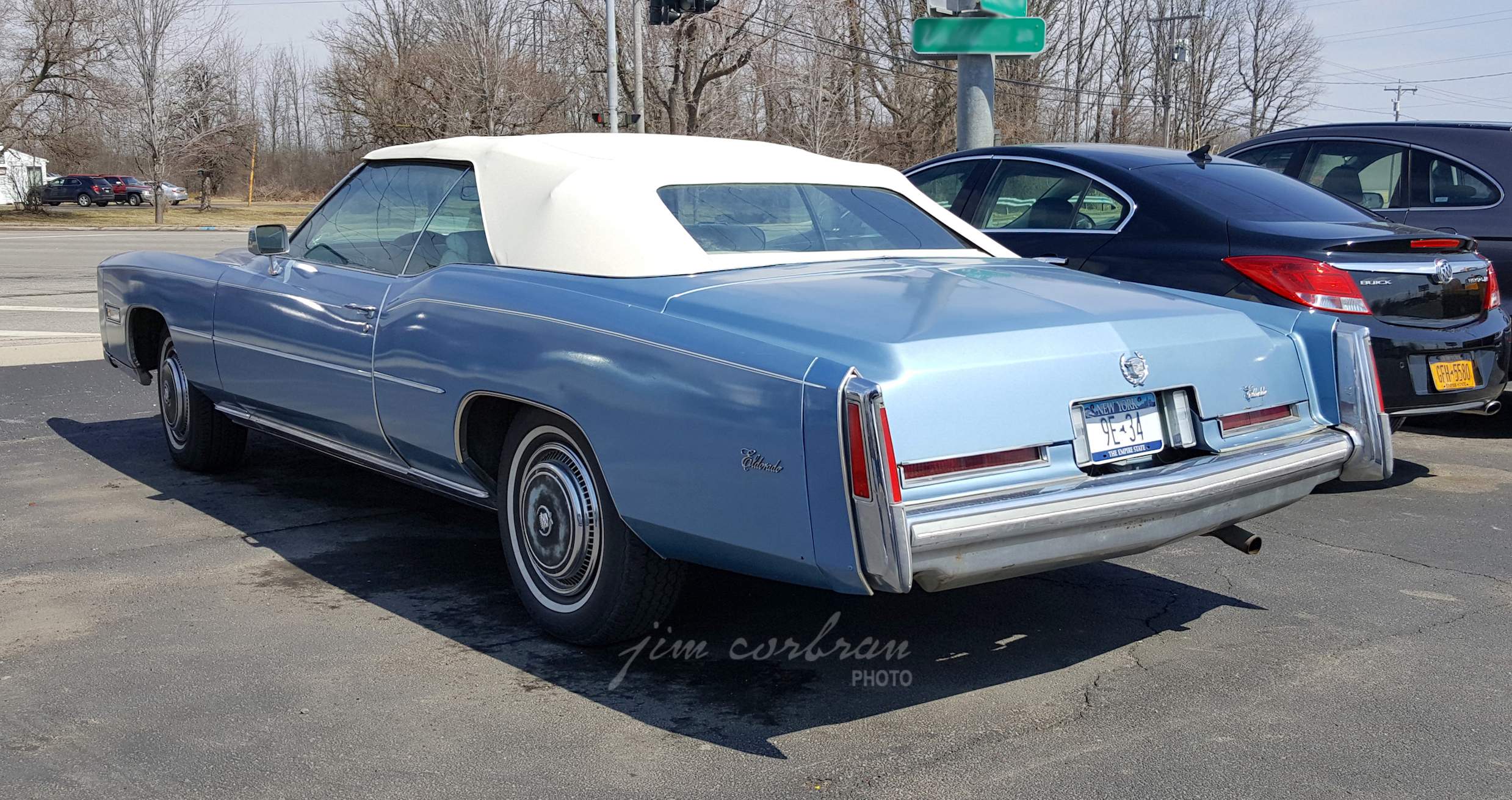 When this 1976 Cadillac Eldorado was new, the Cadillac folks, along with a lot of others, thought it was the last American convertible (see press release below). And it was… for a few years. Thoughts of the federal government regulating convertibles out of existence for safety purposes never came to be, and eventually the drop-top made its way back into American automobile production, beginning with the 1982 Chrysler LeBaron. This blue Eldorado, which we saw a few weeks ago in Niagara Falls, is one of 14,000 produced. I wonder how many were bought and stored as future collectibles, a practice which Cadillac seemed to endorse with its “Last of the breed” brochure proclamation (top of page). 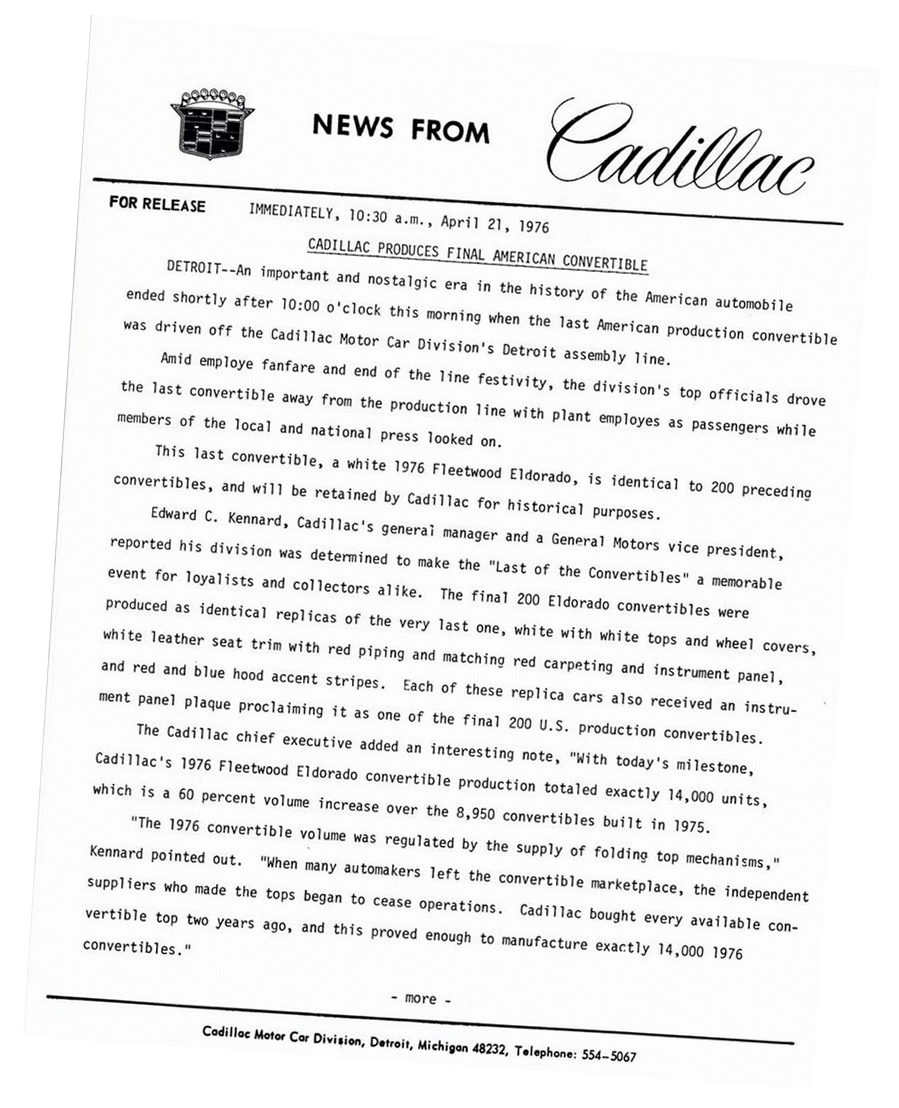