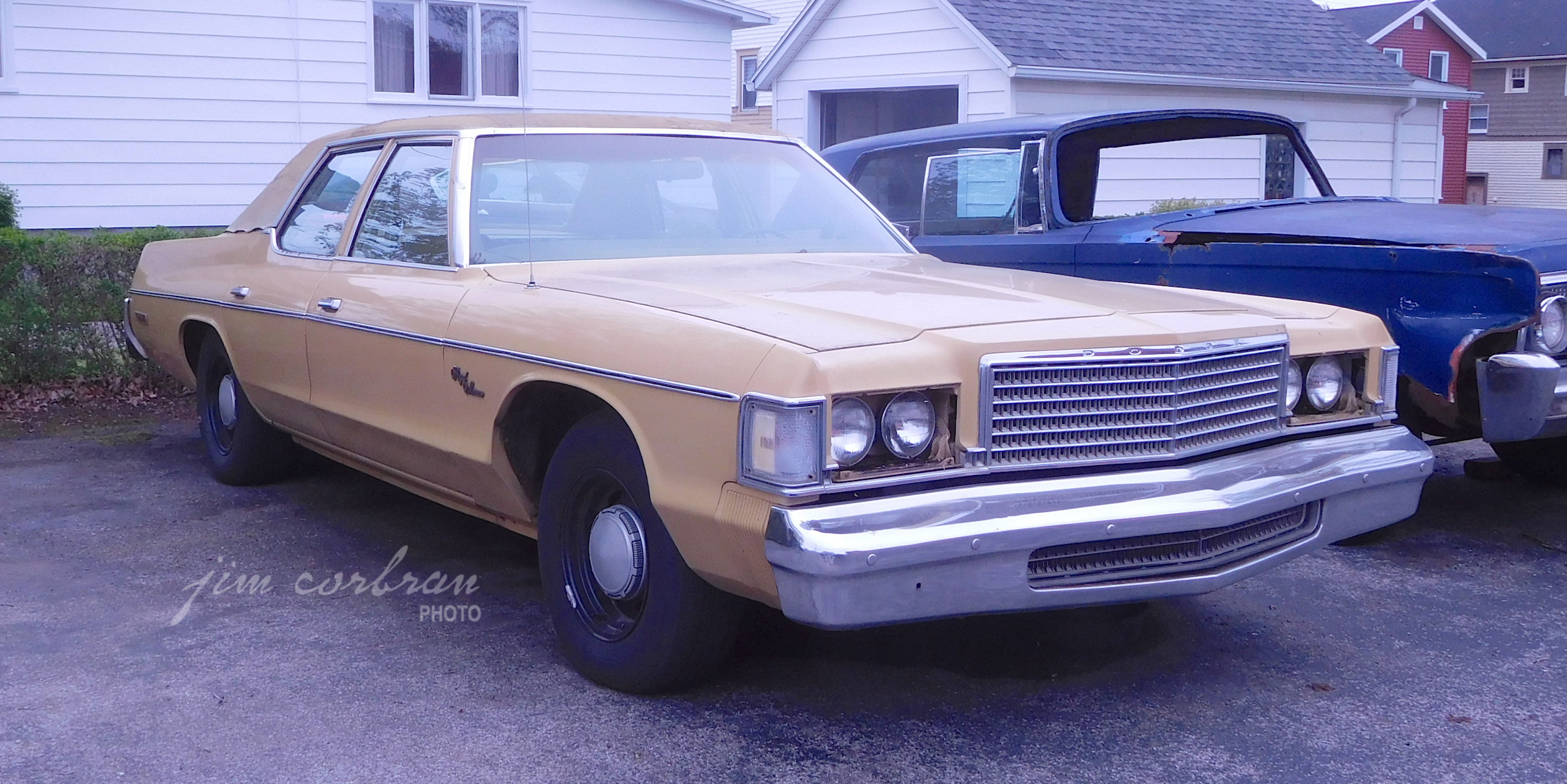 Luckily for purists, the owner of this 1976 Dodge Royal Monaco has (so far, at least) resisted the urge to turn it into a Blues Brothers replicar. Although, the presence of those dog dish bubcaps on the black rims might suggest something’s in the works. The original 1974 Bluesmobile was not based on the upscale Royal Monaco, but was instead built using the much simpler (and cheaper) Monaco series, sans hidden headlights, vinyl tops, and plush seating surfaces. By 1976 though, all of the big Monacos had the fancier front clip seen here. This pretty well-preserved tan sedan was spotted a couple of weeks ago in Dunkirk.