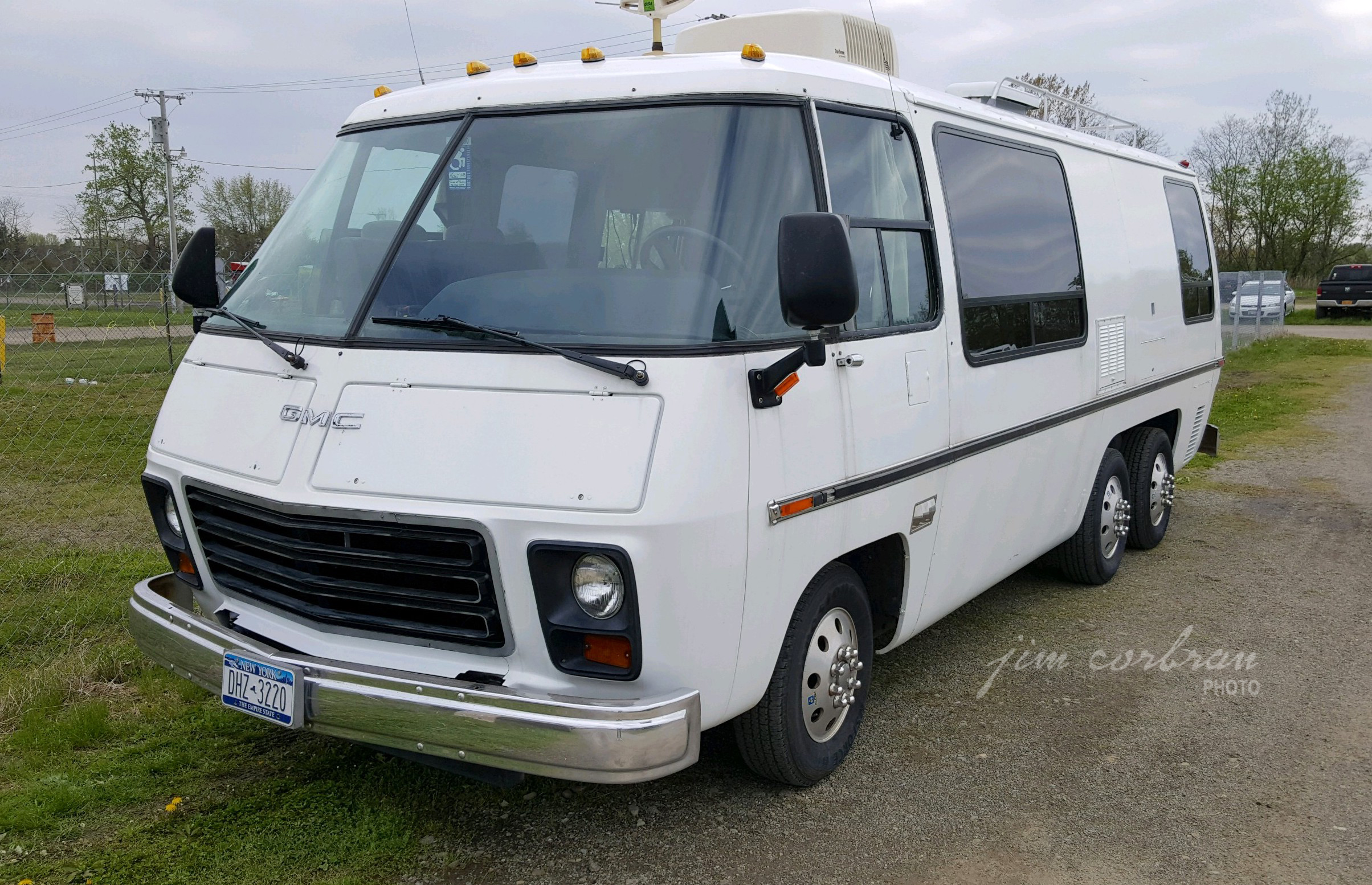 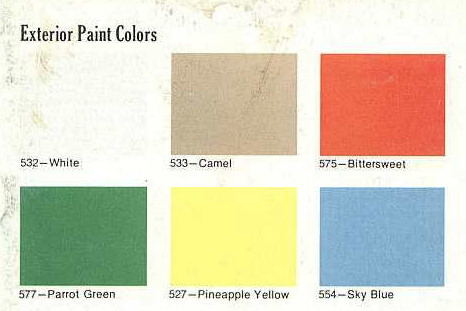 When introduced, the brochure cover for this 1973 GMC Motorhome announced “Finally, a motorhome that doesn’t look like a box or ride like a truck.” It certainly didn’t look like any other RV on the highway.
(Compare it to the 1973 Winnebago Indian below.) Available in a choice of six colors (right), the GMC Motorhome was offered in 23- and 26-foot sizes — the shorter version gave buyers a choice of four floorplans, while the longer one offered eleven — ranging in price from $13,000 – $15,000. All were powered by a V-8 engine which drove the front wheels. Almost 13,000 of them were produced from 1973-78. Saw this one a couple of weeks ago in Dunkirk. 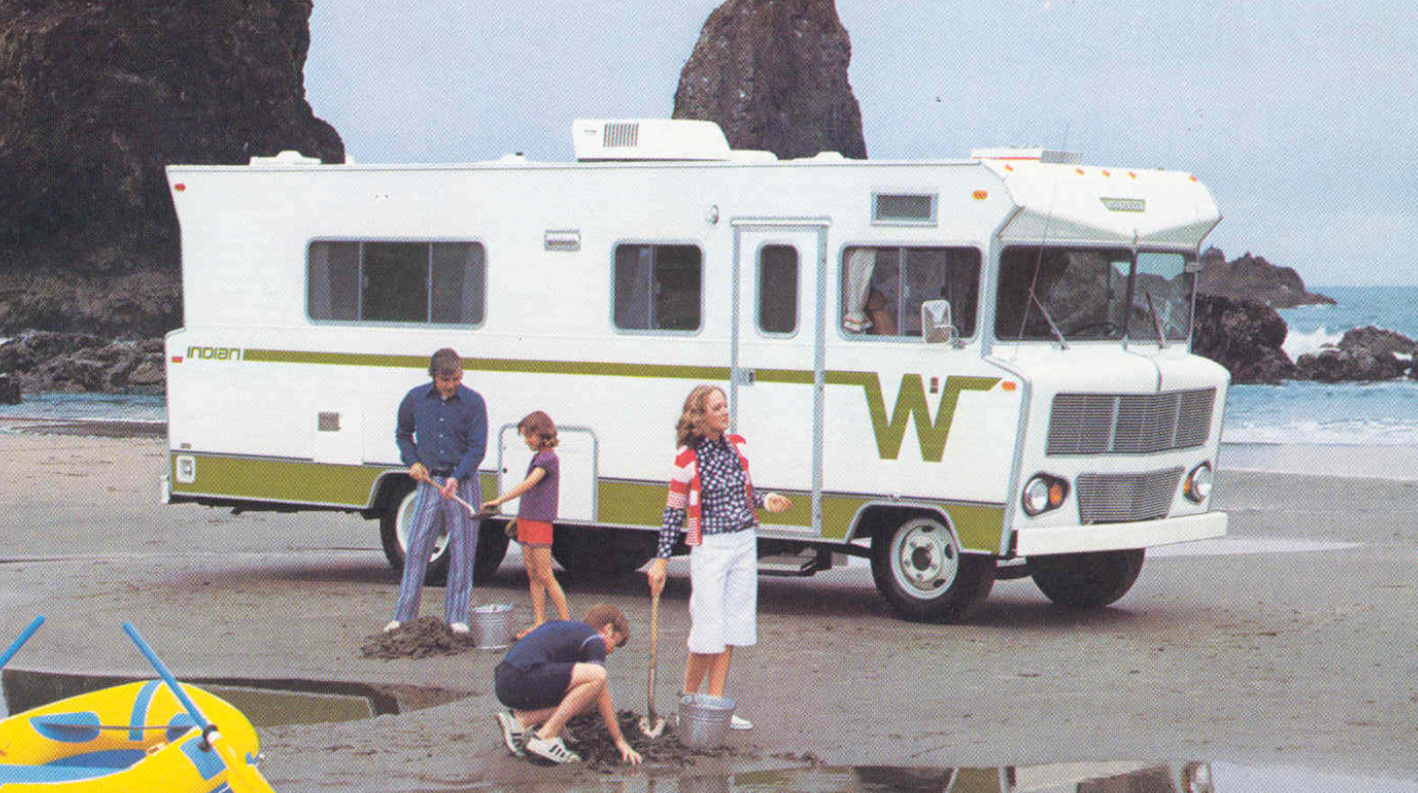 Got a RealRide you'd like to see featured here? Drop us a line at realridesofwny@gmail.com