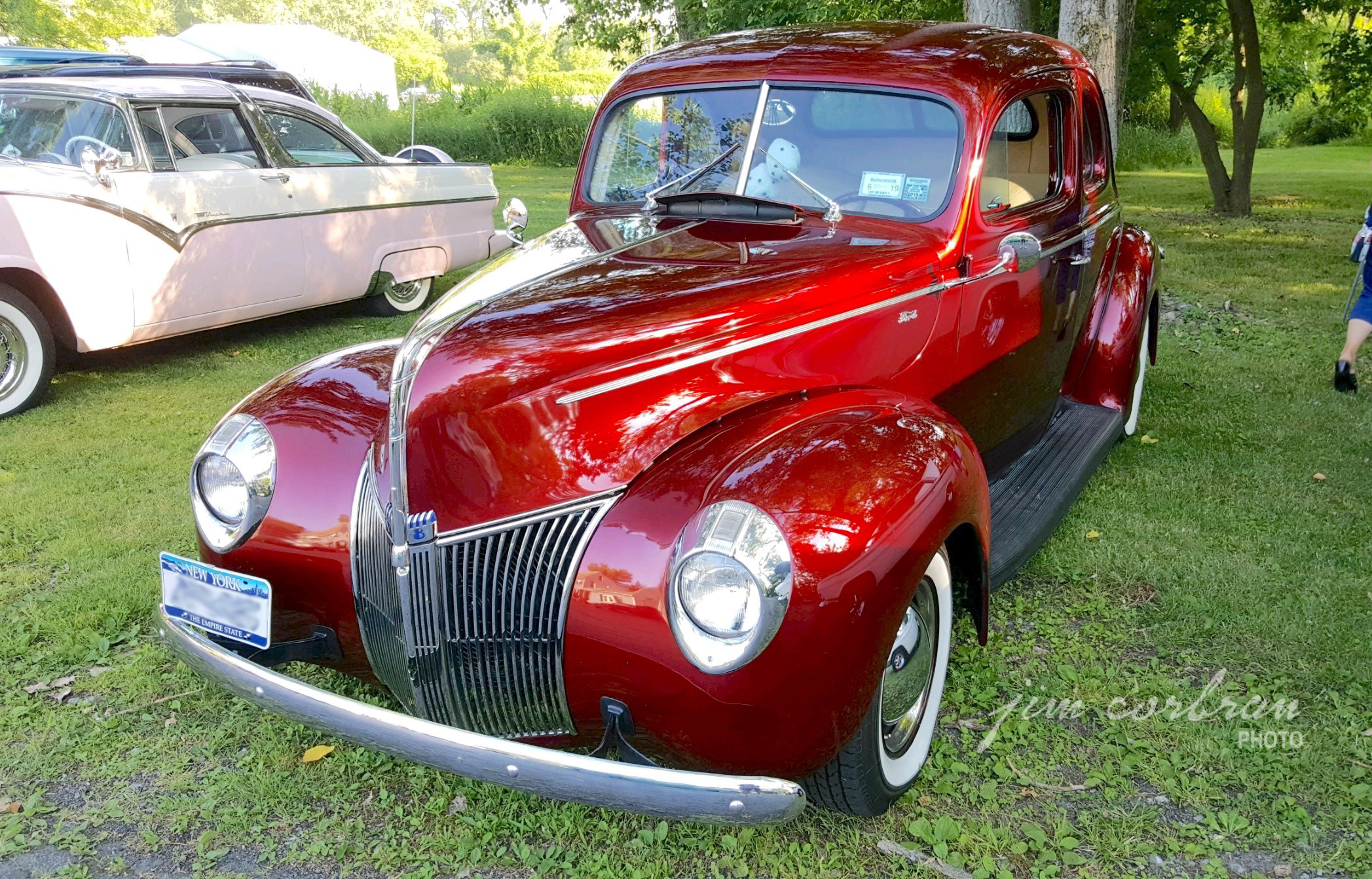 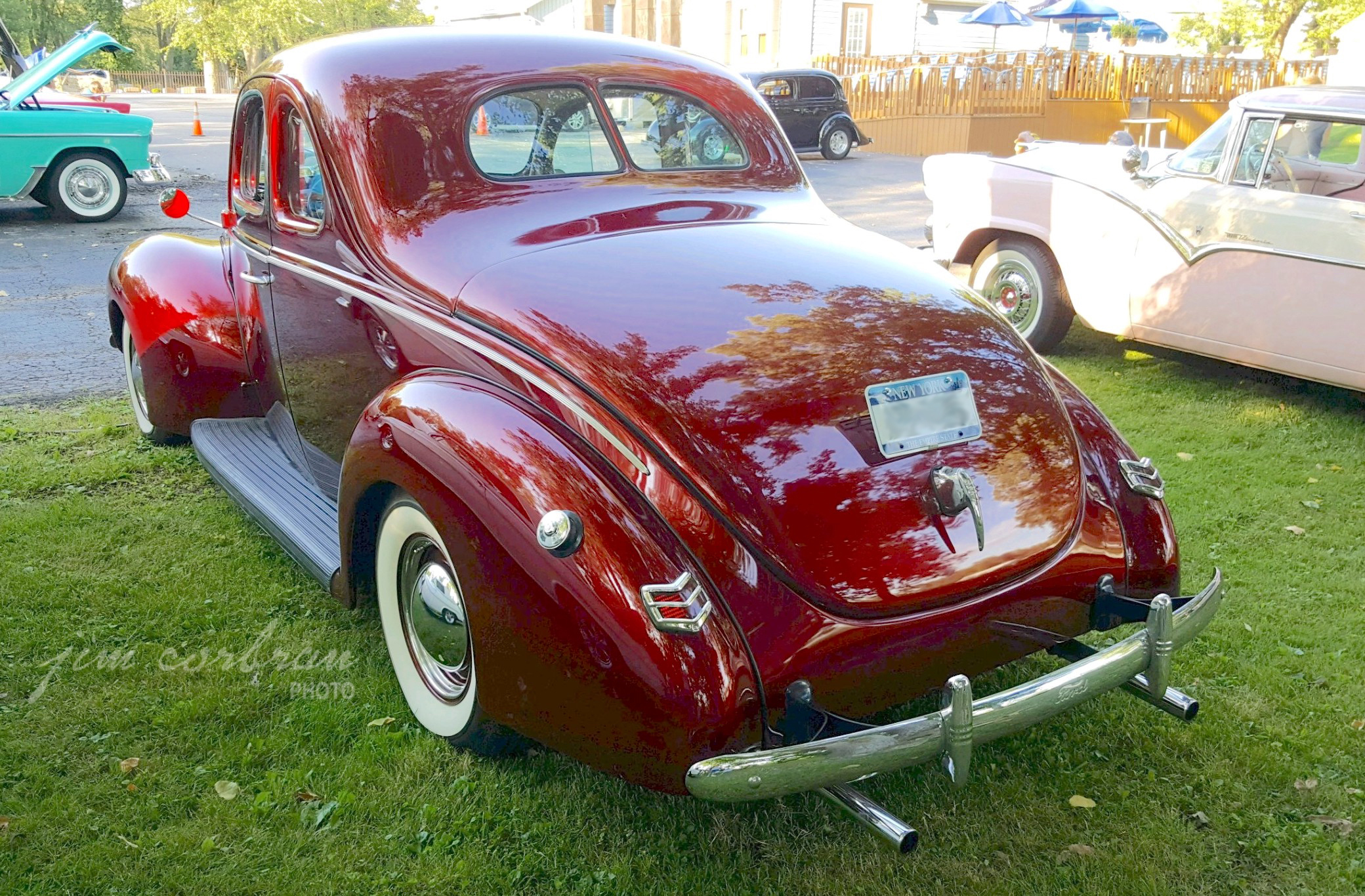 This 1939 Ford Deluxe Coupe was seen at one of last summer’s regular cruise nights at Scharf’s German Restaurant in West Seneca. How can you tell it’s a Deluxe? Because the Standard Coupe had the front end of a 1938 Ford (and the ’38 Standard models had the front end of a ’37 Deluxe, while the 1940 Standard had the 1939 Deluxe front end). Confusing? Yes. Either Ford was trying to upsell the pricier Deluxe models, or perhaps they were using up excess body parts from the previous year. At any rate, all 1939 Fords were powered by a V-8 engine, of either 60 or 85 hp — a far cry from some of today’s ginormous horsepower ratings of 600 and up!