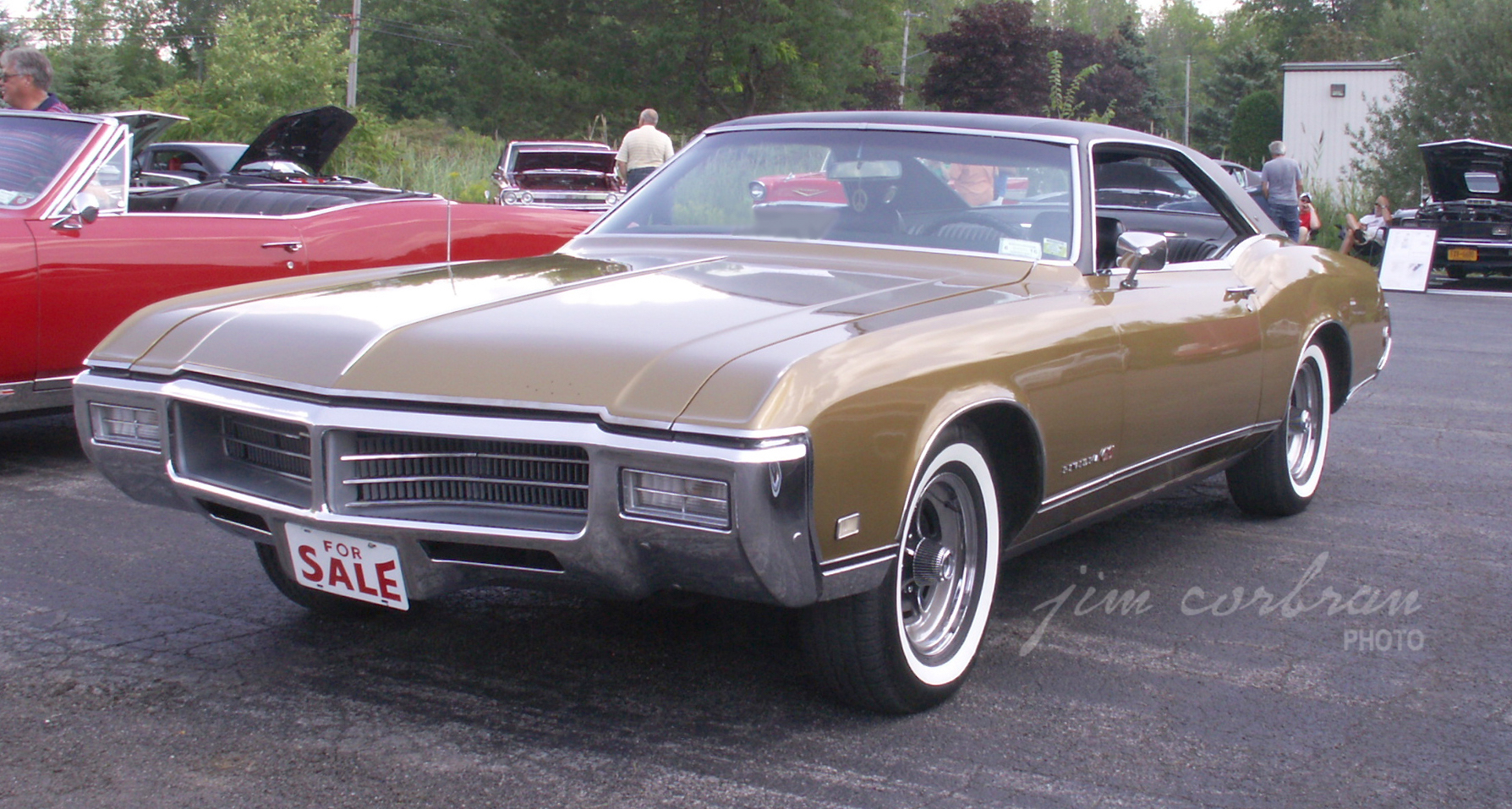 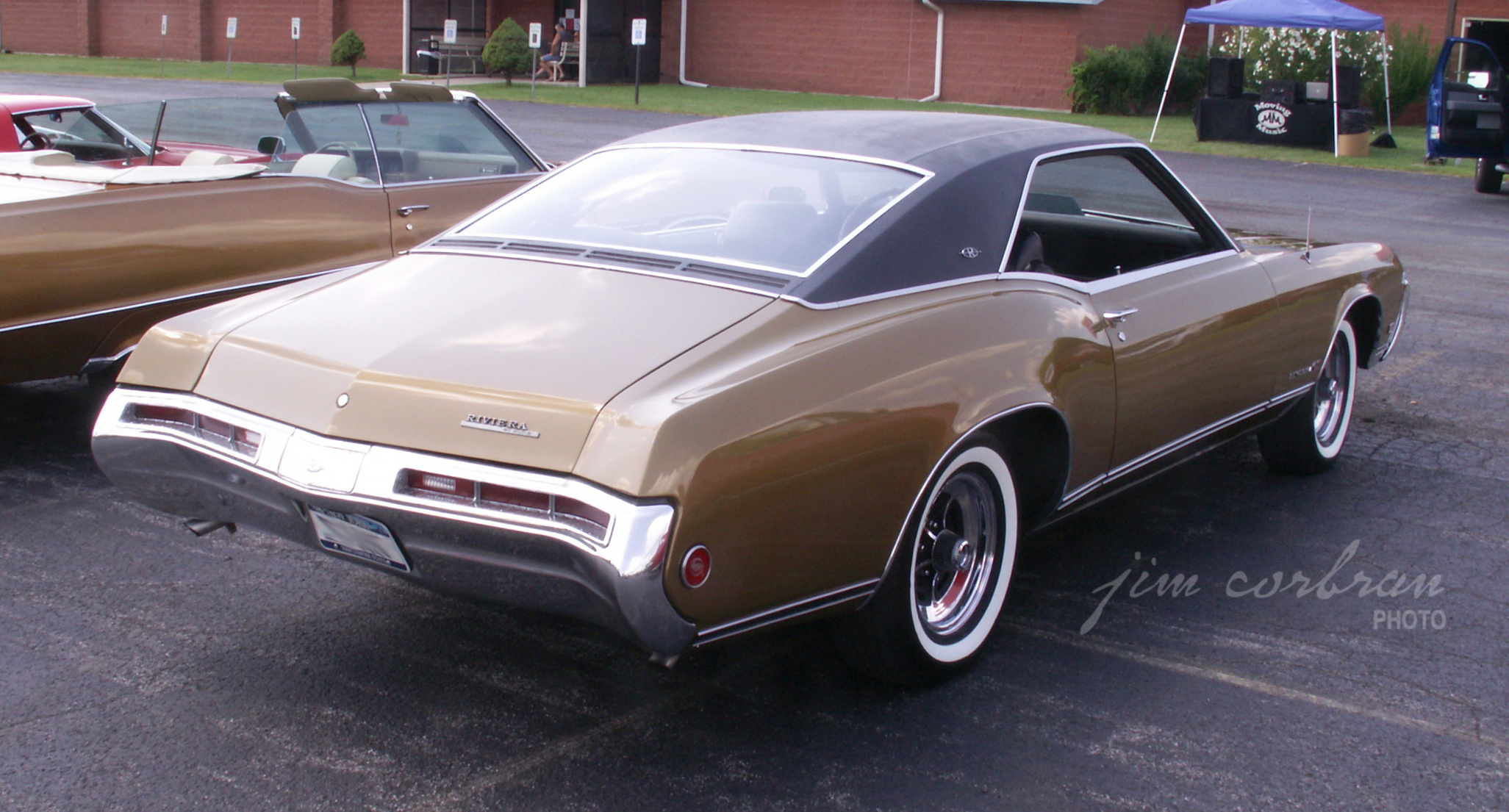 This 1969 Buick Riviera Gran Sport had a few pieces of standard equipment which set it apart from other Rivs: front and rear heavy-duty suspension; positive traction differential, “GS” monogram on the front fenders; “Riviera GS” badge on the instrument panel; and 8.55 x 15 white sidewall tires (H70-15 wide ovals were available at extra cost). All 1969 Rivieras had Buick’s 430 cu. in. V-8 under the hood — a 4-bbl engine with dual exhausts rated at 360 hp. Saw this one a few years ago at a Frontier Fire Hall car show in Wheatfield.