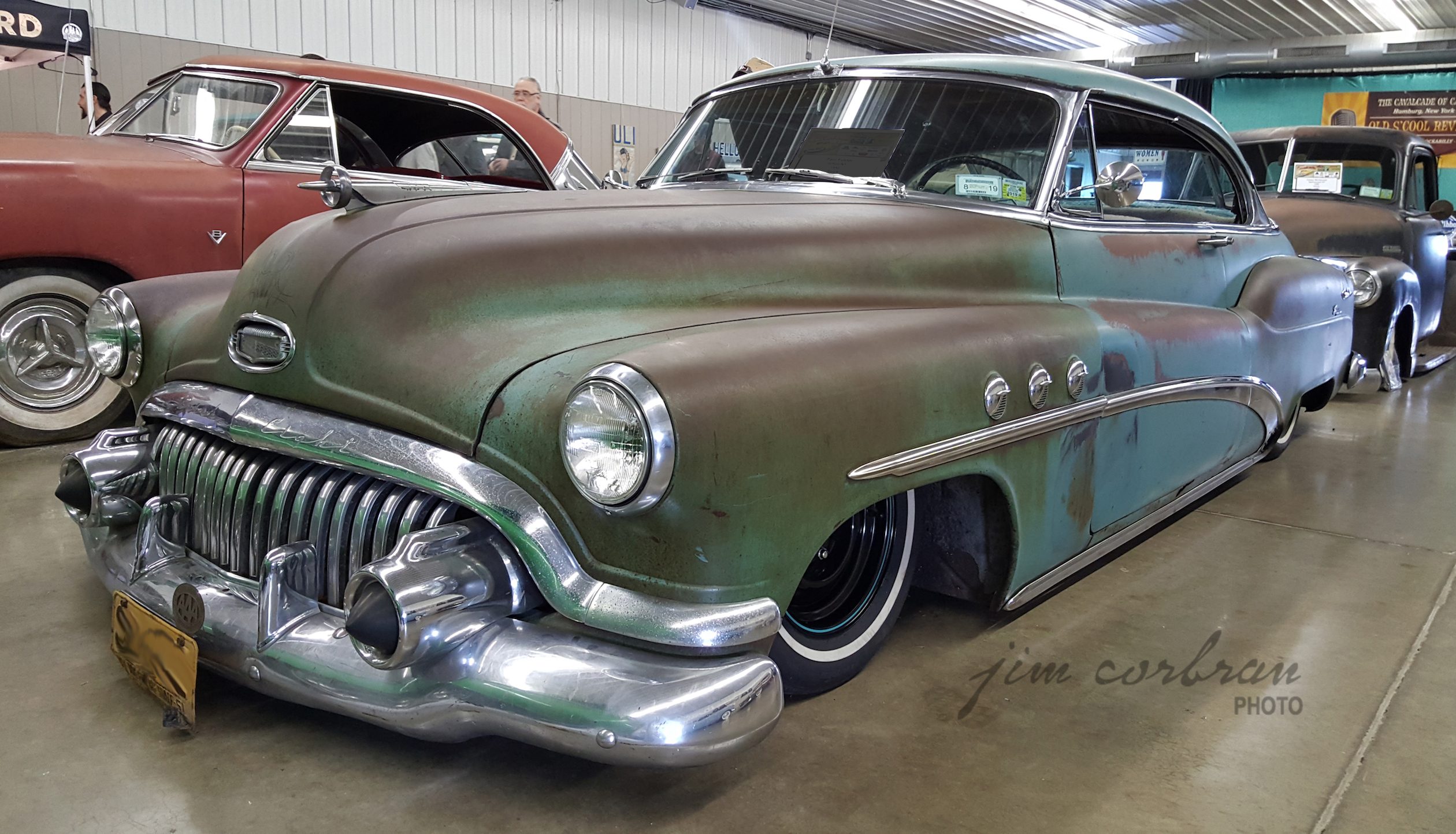 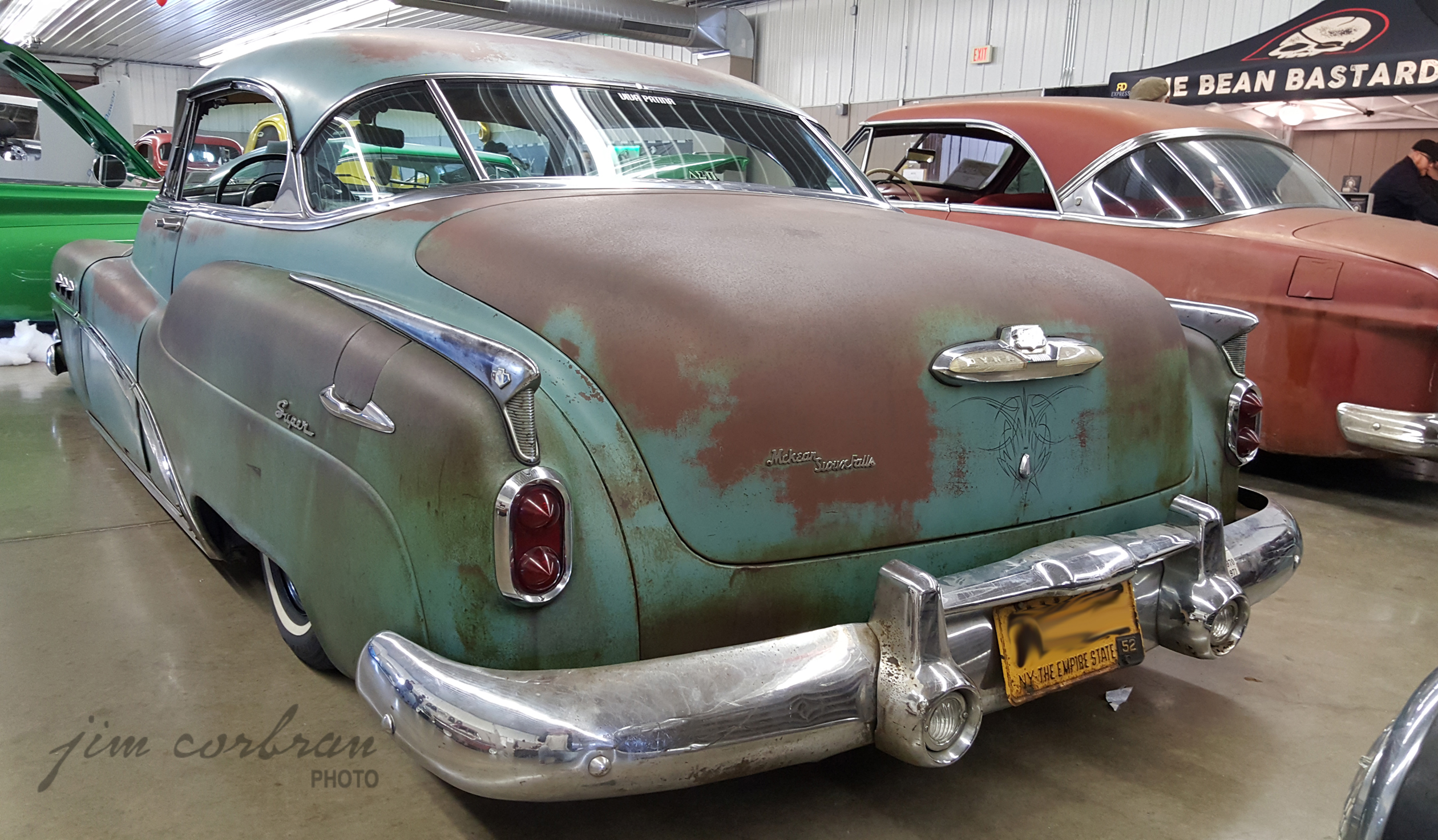 Came across this 1952 Buick Super earlier this year in the “Old Skool” room at the Cavalcade of Cars in Hamburg. On the trunklid is the badge of L. A. McKean Auto Co., a now defunct Buick dealer in Sioux Falls, South Dakota. The Super, Buick’s mid-range model, was available as this Riviera two-door hardtop, convertible, four-door sedan, and Estate Wagon — the penultimate year the wagon was built with real, structural wood. All ’52 Buicks were powered by straight-eights, with horsepower ranging from 120 to 170. The small chrome fins atop the rear fenders were a stop-gap until real fins began growing for 1954.