This 1966 Ford Thunderbird Town Landau might have left its rear seat occupants feeling kind of claustrophobic. The lack of rear quarter windows may have also left quite a blind spot as far as the driver’s rear vision went, but, it was a buyer’s choice. The ’66 Birds were offered with three different rooflines: the one seen here; a convertible (no blind spots there with the top down!); and the Thunderbird Hardtop — a much more conventional style with (albeit small) rear quarter windows. The Town Landau’s rather closed roof style was also available on the Town Hardtop — basically the Landau roof without the vinyl top or “S” bars. (See below.) This tan Landau was seen, for sale, last week in Lancaster. 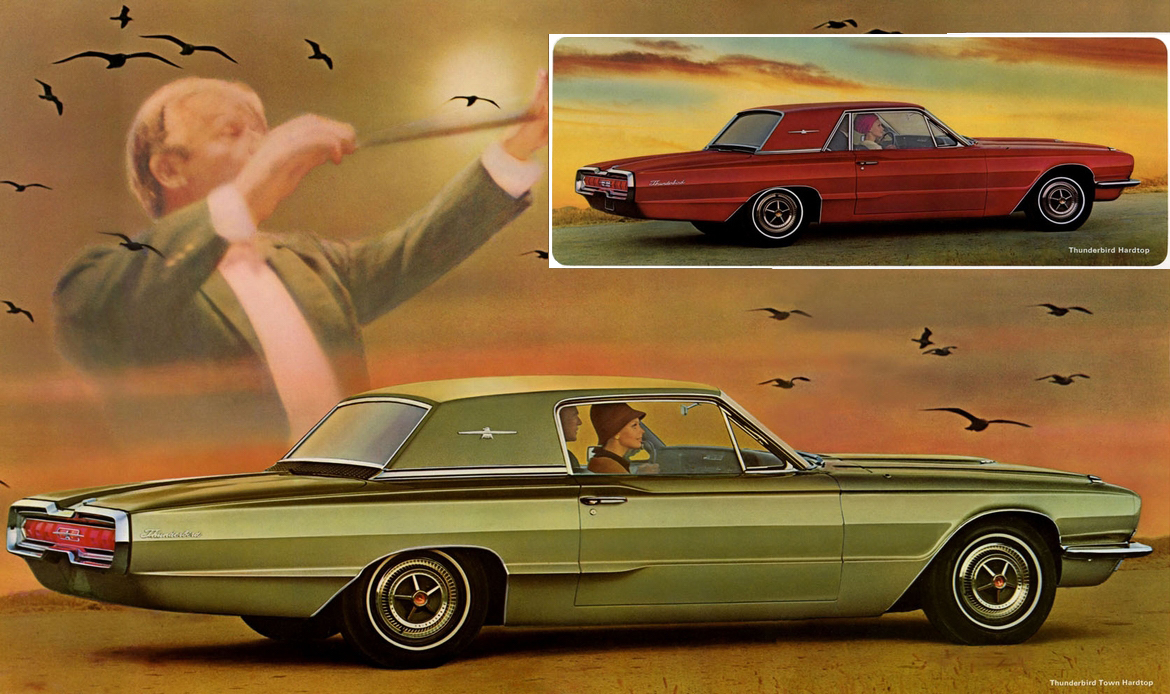