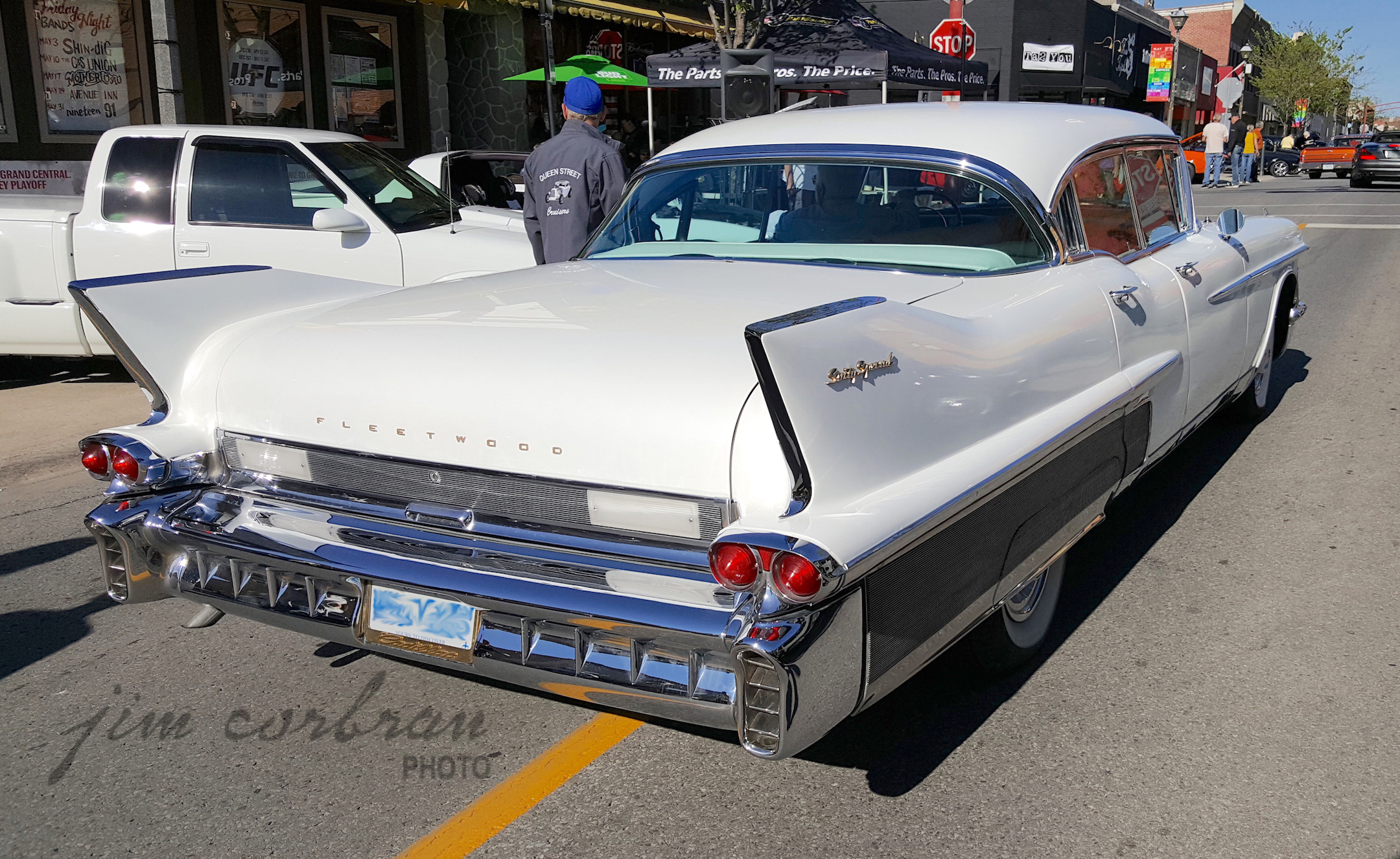 A couple of days ago on this page we mentioned how General Motors cars of 1958 were a bit, ahem, heavy-looking and chrome-laden. This 1958 Cadillac Fleetwood Sixty Special pretty well puts that in perspective. Cadillac called it “…a culmination of the refined techniques and styling genius of Fleetwood craftsmen.” Well, that does sound better than heavy-looking and chrome-laden. I hope I’m not bragging here when I mention that my own collection once included a ’58 Sixty Special — although (below), it wasn’t quite as chrome-laden (or heavy-looking) as today’s RealRide, seen a few weeks ago at a Cruising On the Q event on Queen Street in Niagara Falls, Ontario.