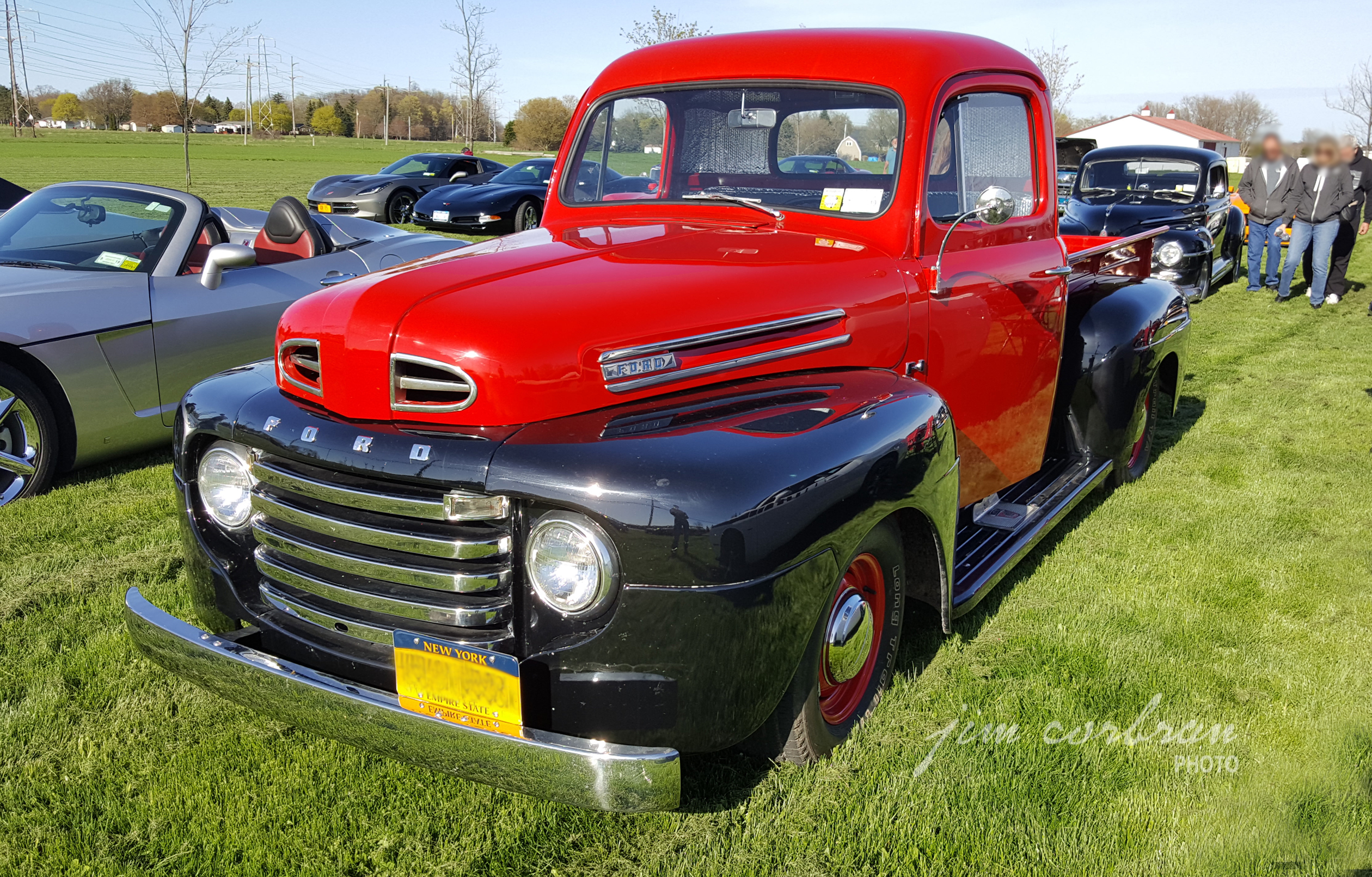 This Ford F-1, c1948, was advertised as “The Master of A Thousand-and-One Light Delivery Jobs!” The F-1 was Ford’s light-duty half-ton pickup, available with either a 95-hp six or a 100-hp V-8. Ford told us that, equipped with the six, “Engine speed at 35 m.p.h. is an economical 1,600 r.p.m.” Other features included: “no-catch rolled-edge flare-boards,” “new fore and aft steering for greater stability,” and a “new million dollar cab.” The missing right windshield wiper was optional at extra cost, as was the chrome bumper seen on today’s RealRide, photographed a few weeks ago at this year’s inaugural Sunday cruise at Hoover’s Restaurant in Sanborn.