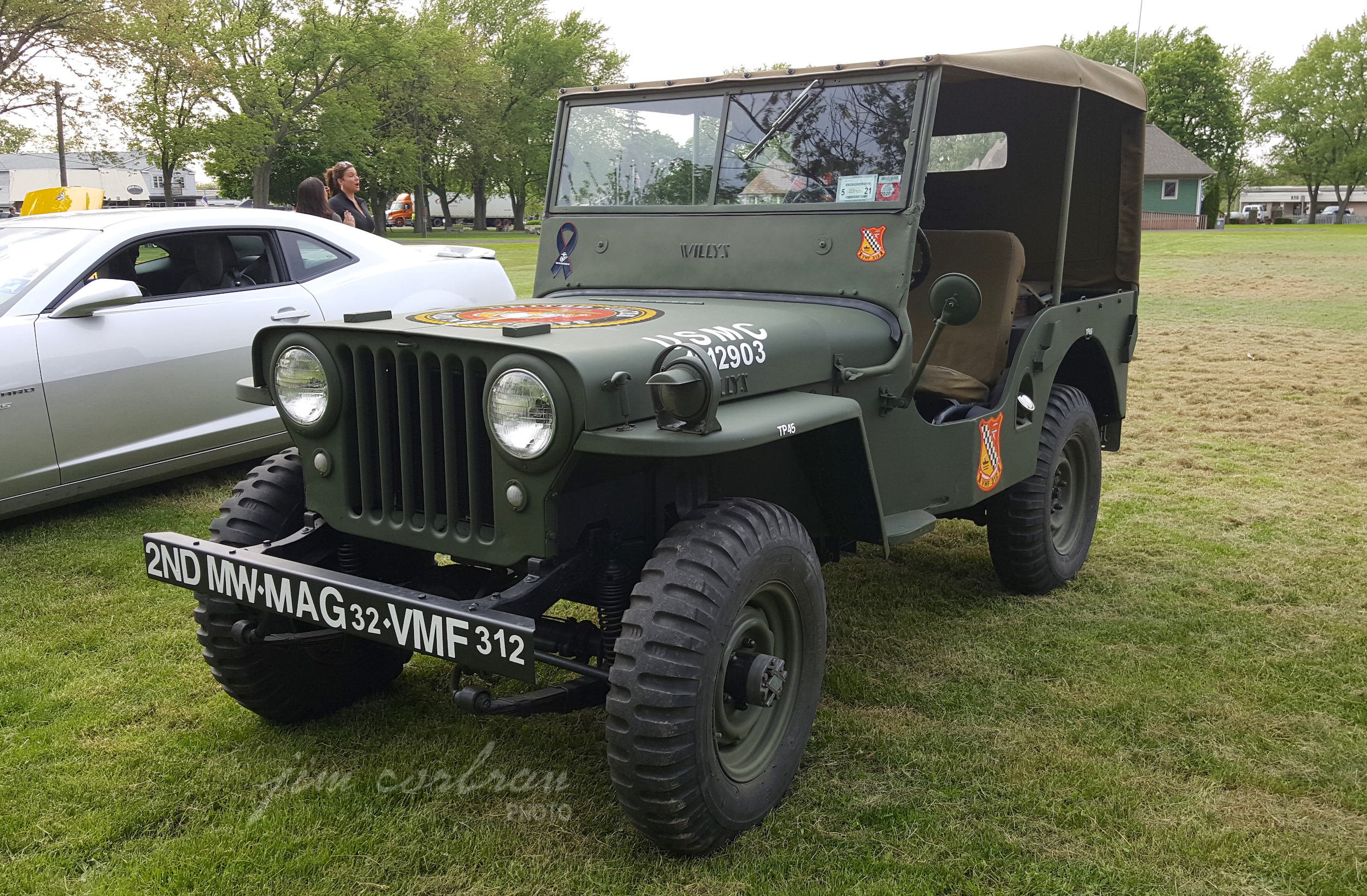 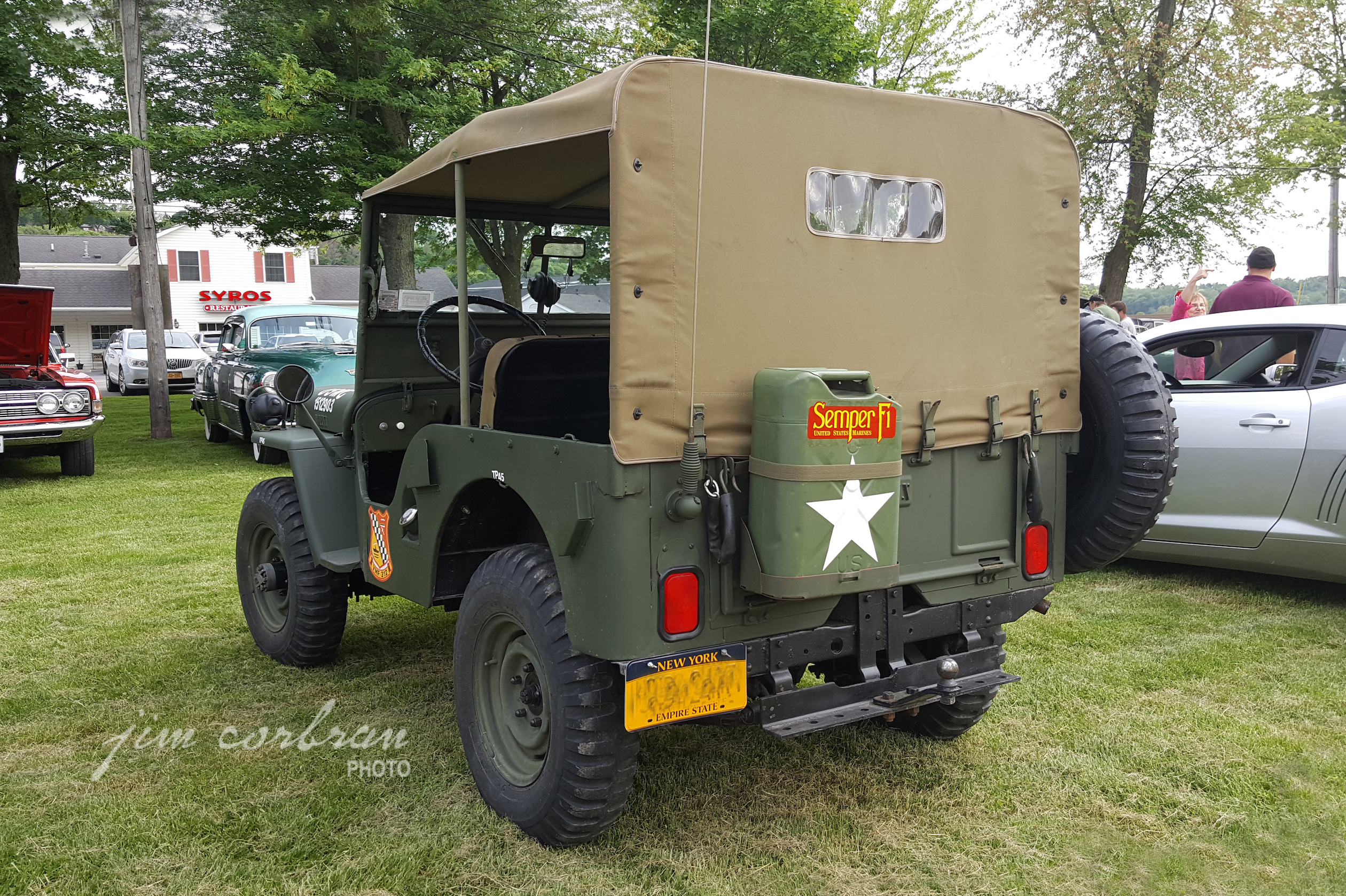 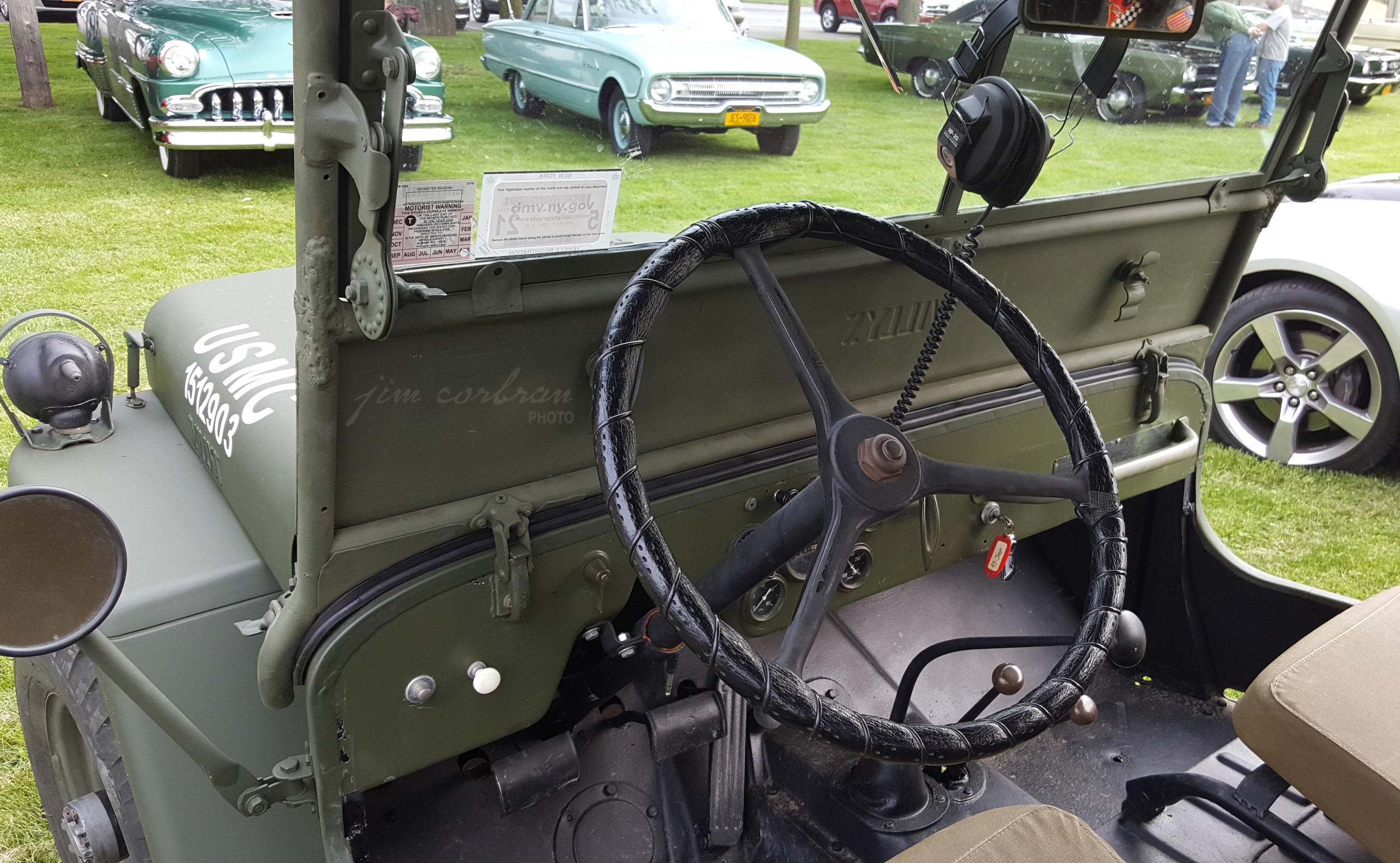 Niagara Falls’ Bert Donahue is the proud (and relatively new) owner of this 1947 Willys Jeep, seen a couple of Fridays ago at a Cataract Cruisers weekly Friday night event in Academy Park in Lewiston. Civilian versions of the ’47 ‘Jeep’ were called the Universal (for some reason Willys used the single quote marks in their literature whenever referring to the ‘Jeep’ name). With a wheelbase of 80 inches, they were powered by Willys-Overland’s 4-cylinder, 134.2 cu. in. engine which was rated at 60 hp. A three-speed gear box was the only transmission offered, and it worked in conjunction with a transfer case which provided six forward and two reverse speed ratios in four-wheel-drive. As you can see from the sparse dashboard, onboard music was strictly soldier-provided!

Got a RealRideyou'd like to see featured here? Drop us a line at RealRidesofWNY@gmail.com