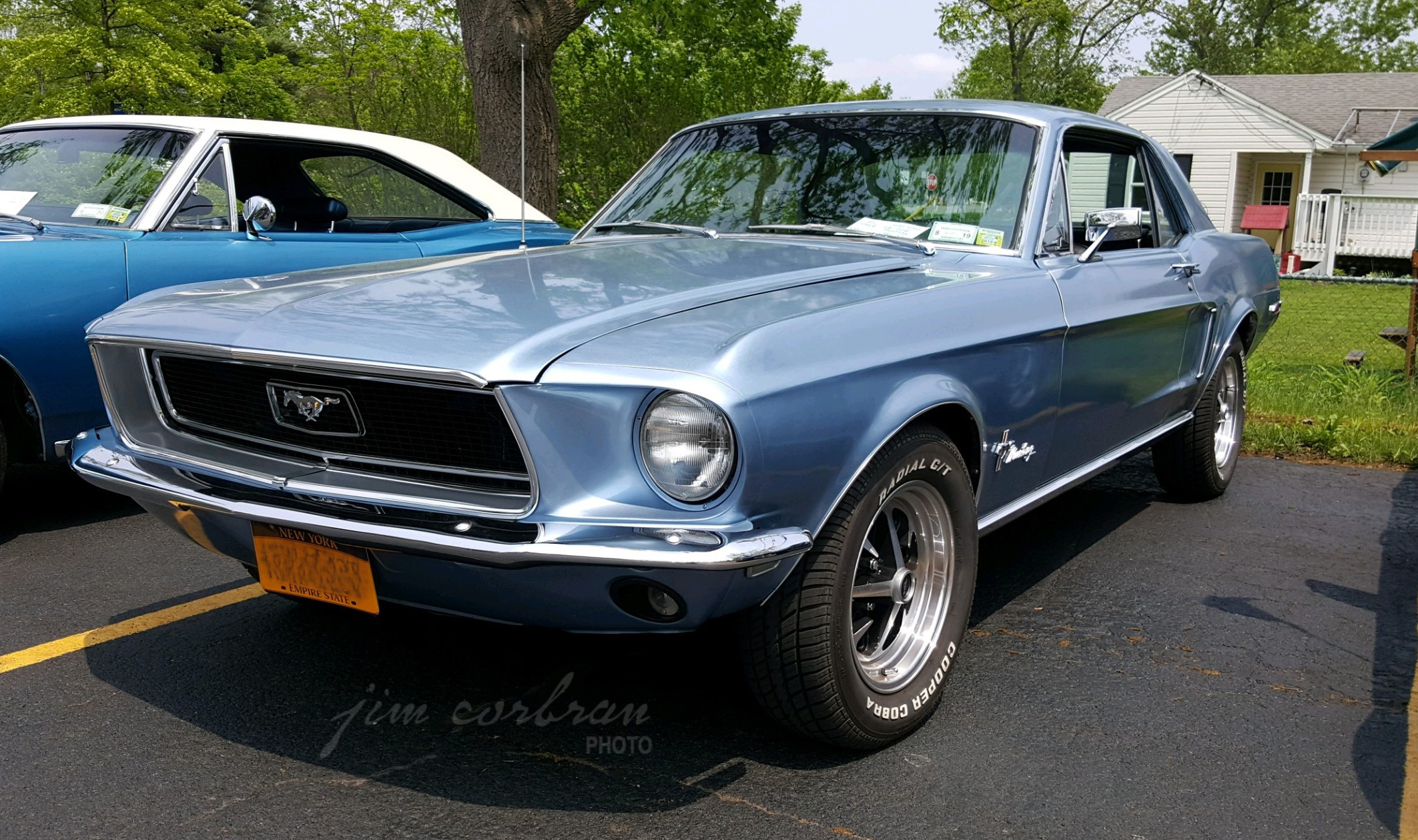 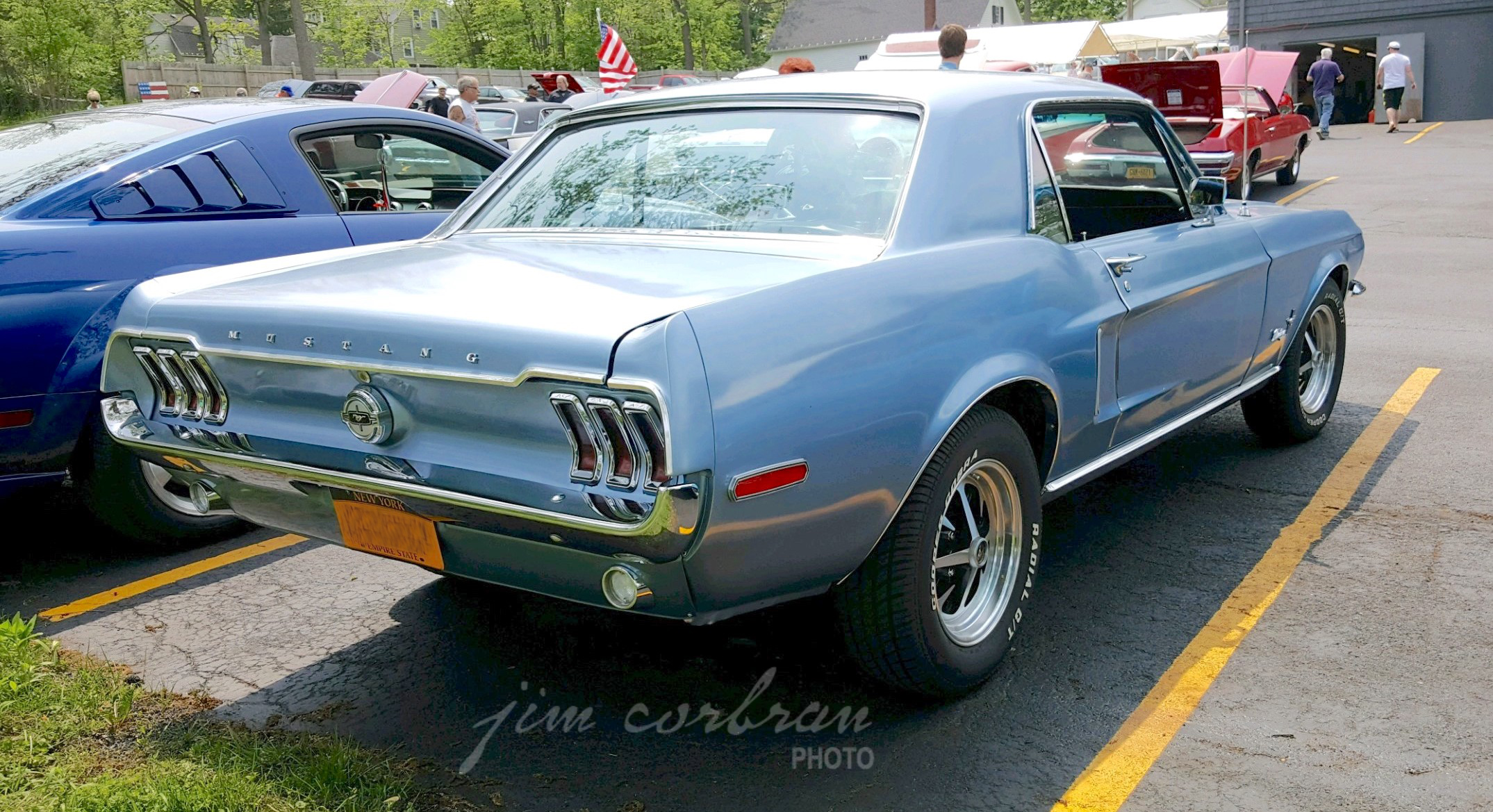 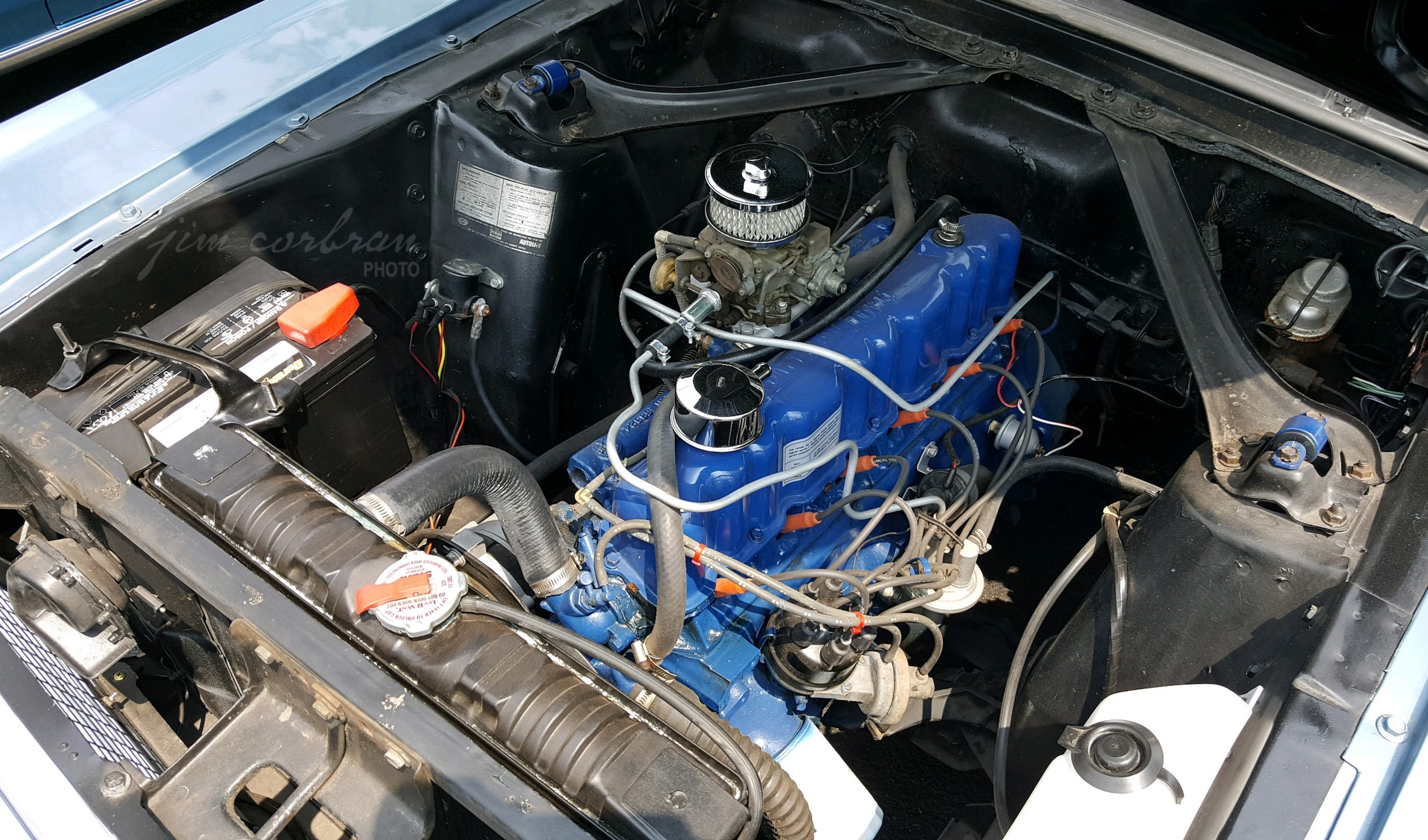 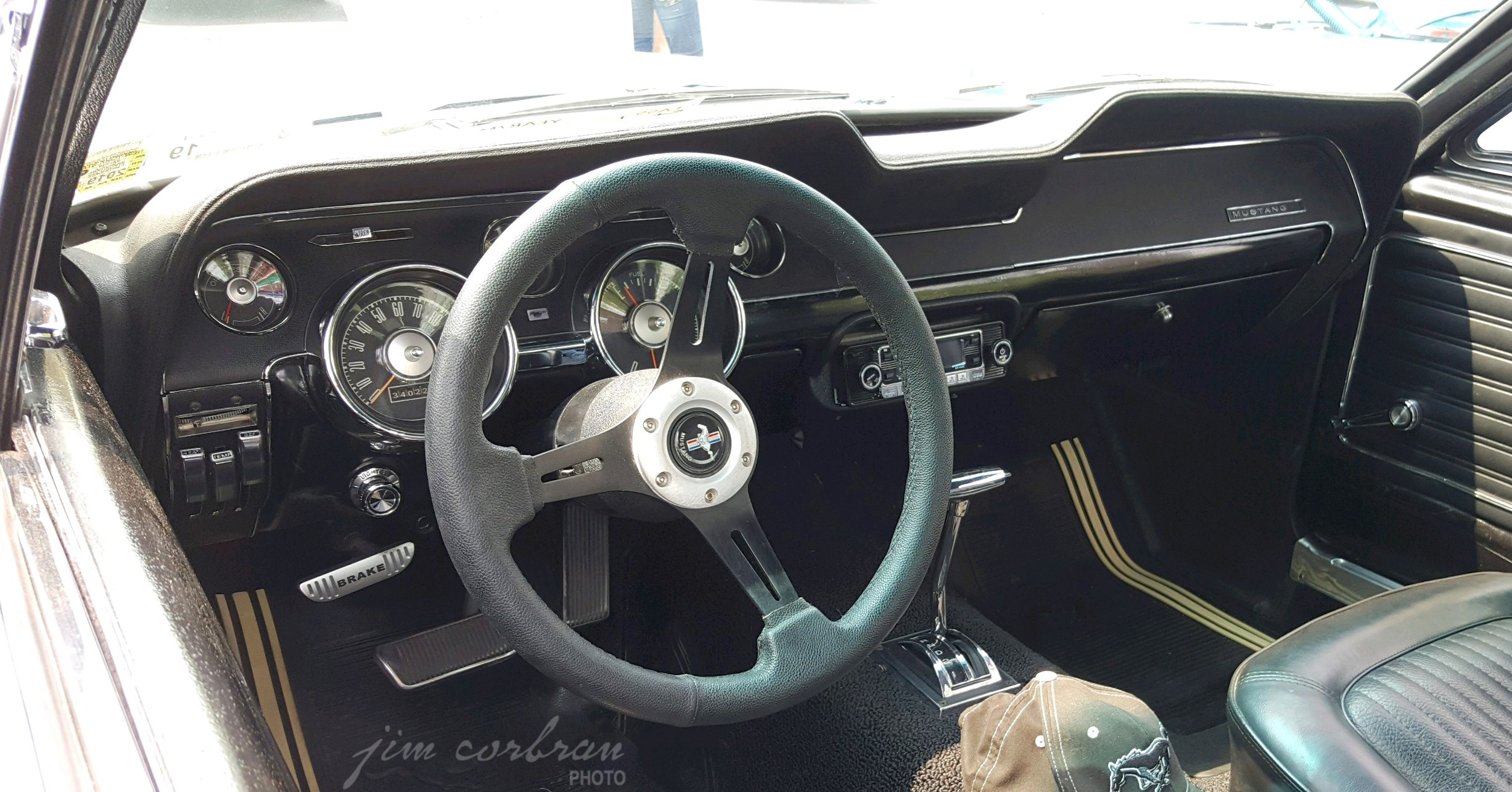 Steve Salisbury of Orchard Park owns this somewhat unusual 1968 Ford Mustang. What’s so unusual about a 1968 Mustang? Well, this one still has the original straight six under the hood. And not only is it a six, but it’s the base 200cid six — which yes, was standard on all 1968 Mustangs, but I’d hazard a guess that not many of them are left these days intact. This was year two for the second generation of Ford’s popular pony car, and almost a quarter of a million hardtops left the factory, in addition to 42,581 fastbacks and 25,376 convertibles. We came across Steve’s nicely-kept hardtop a couple of weekends ago at the Moose Cruisers annual car show held at the Moose Lodge No. 370 in East Aurora.