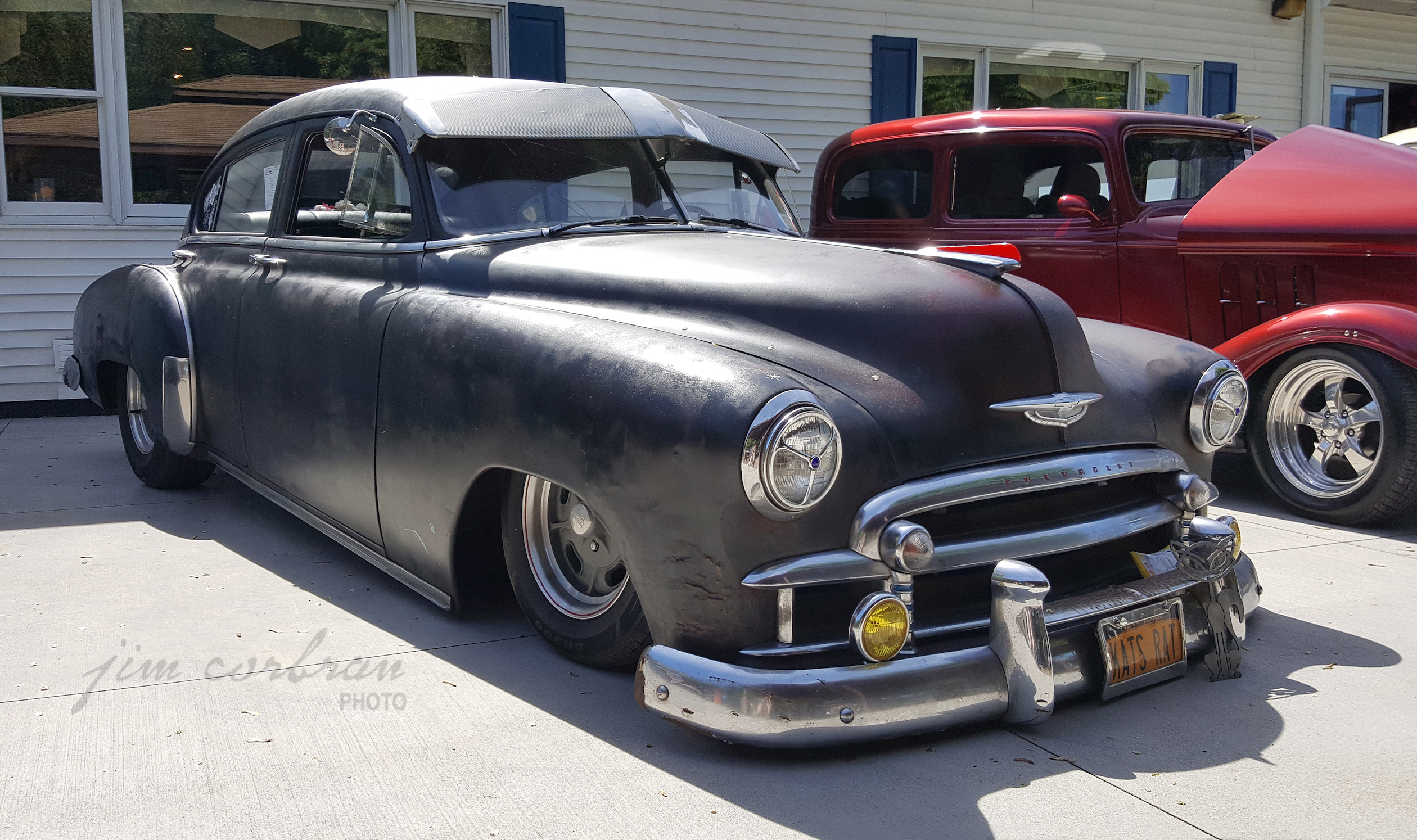 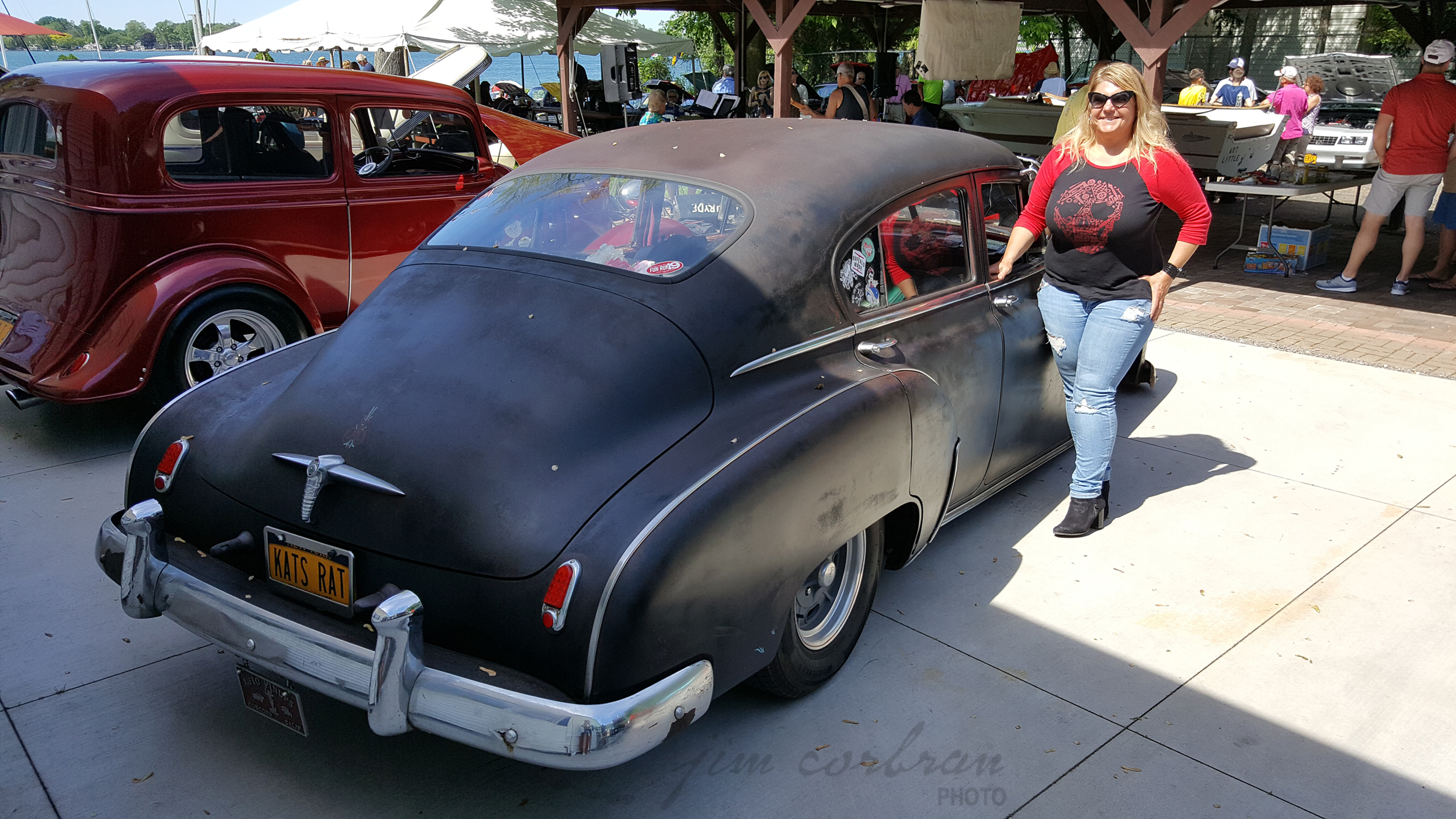 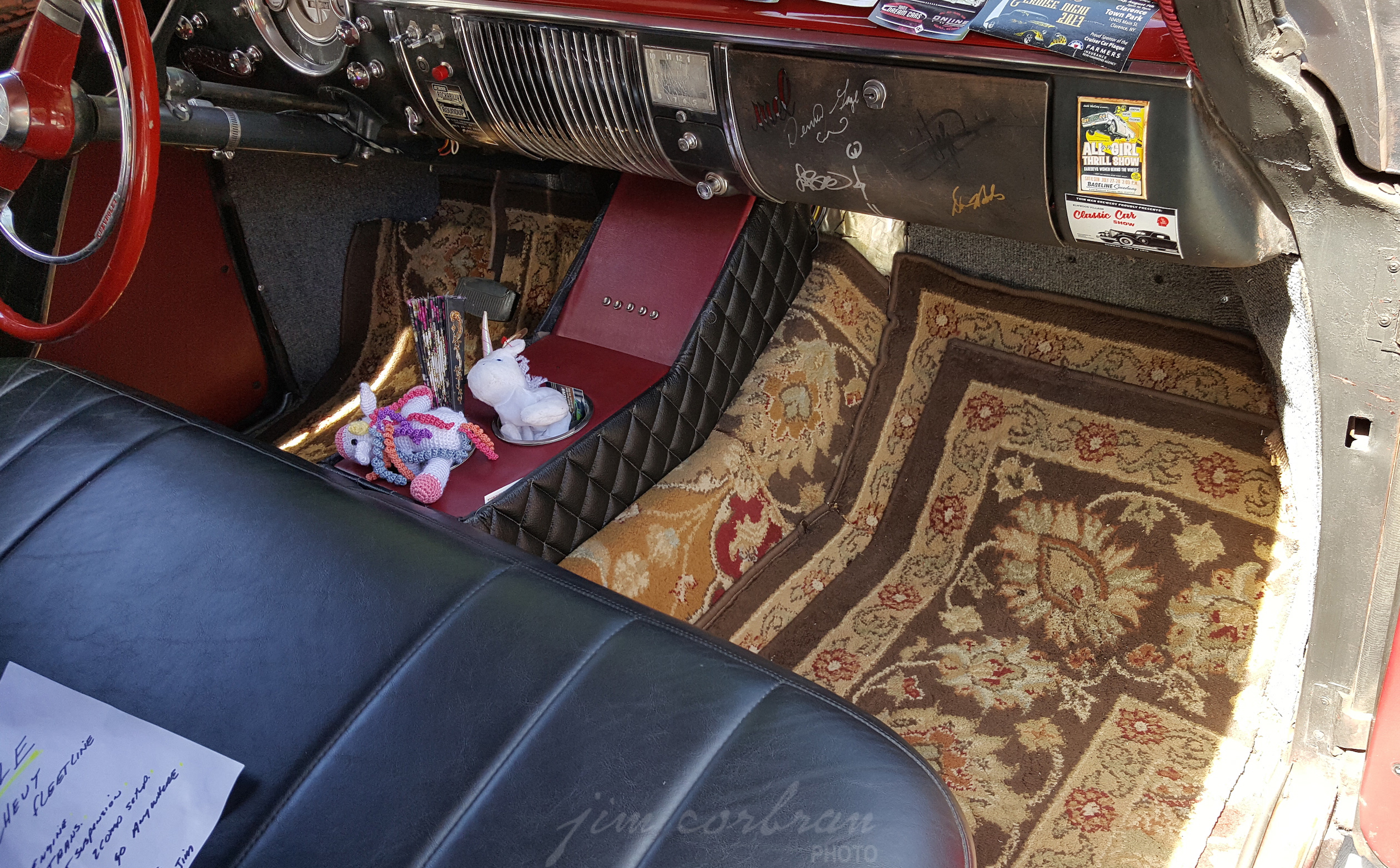 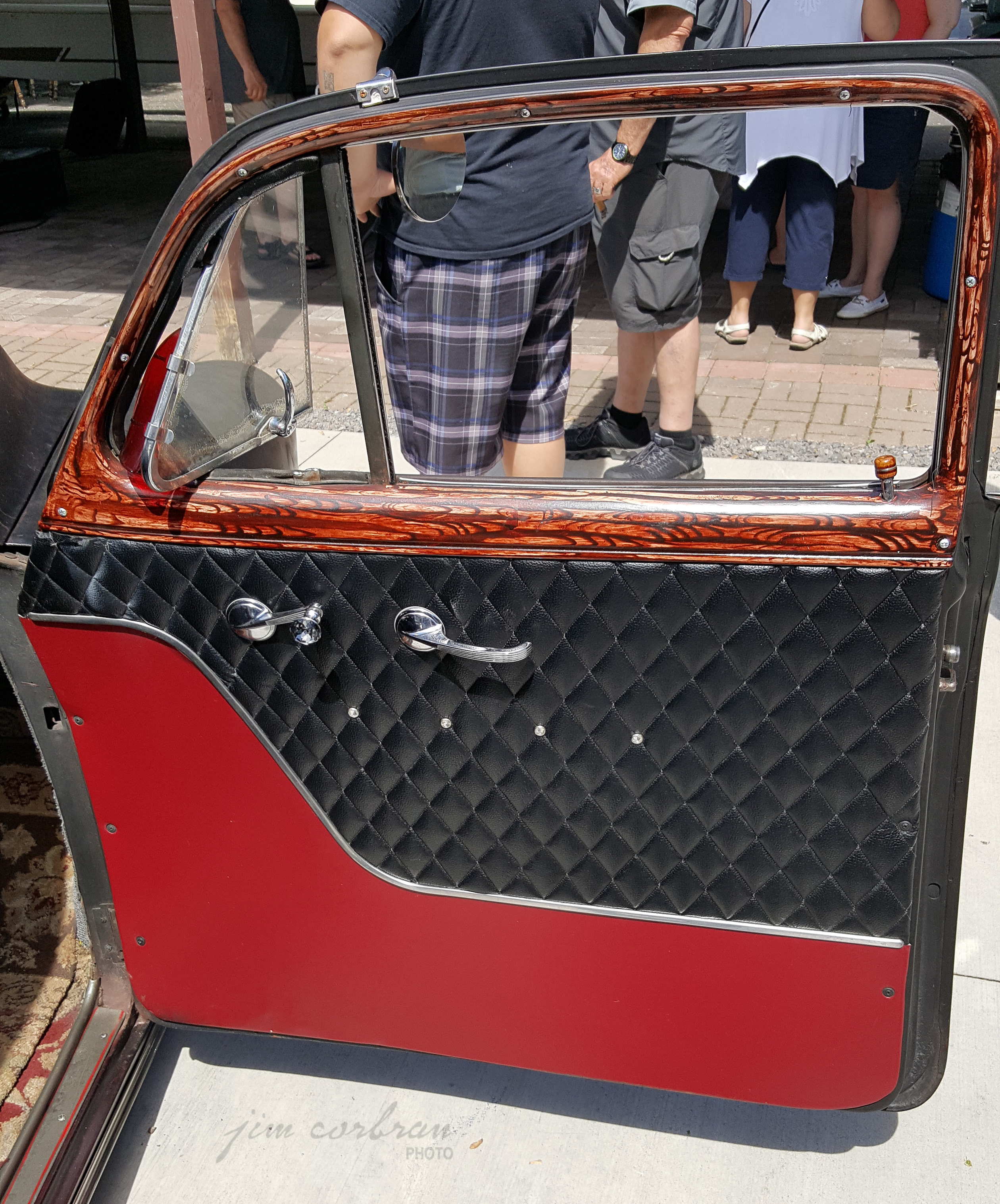 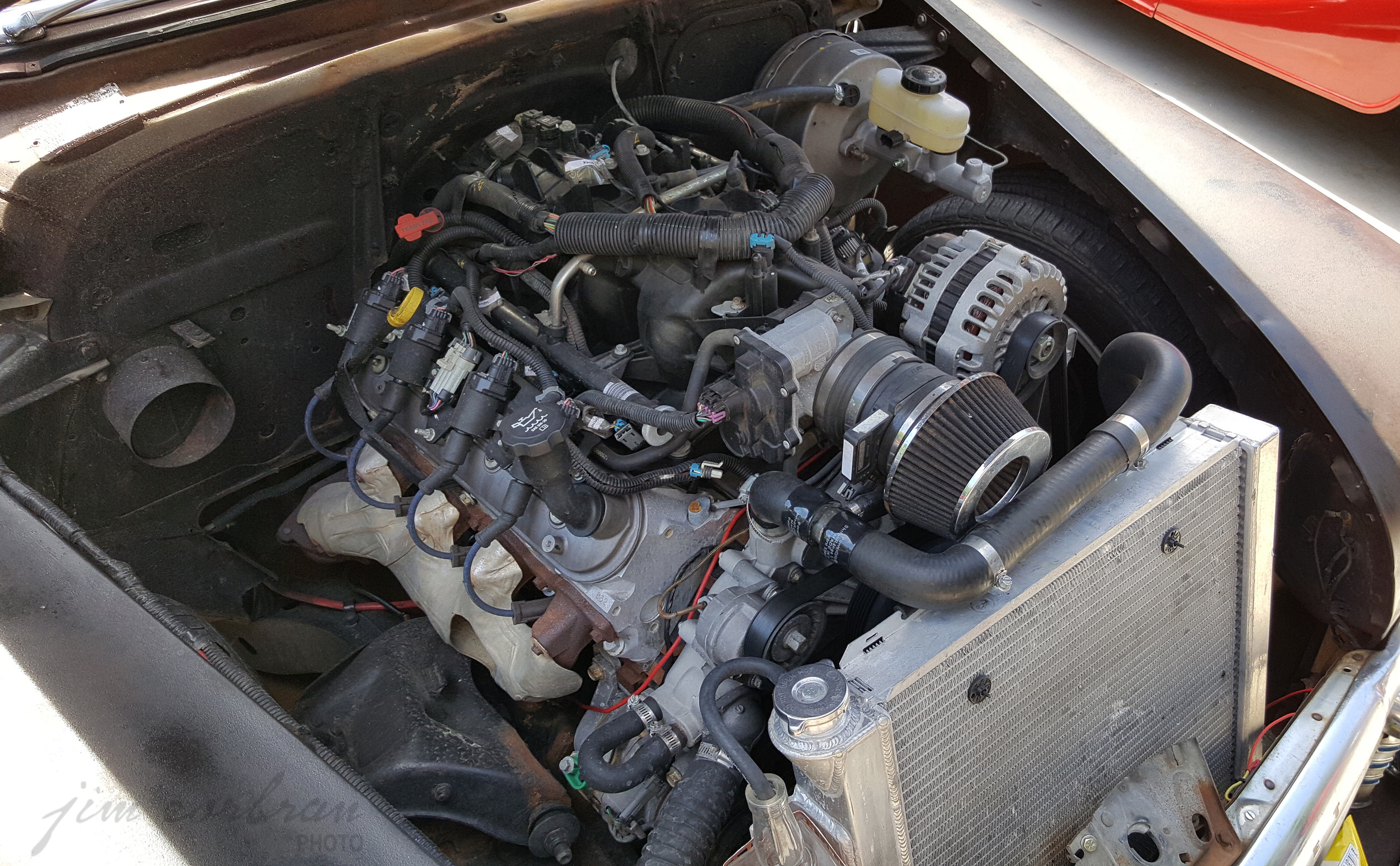 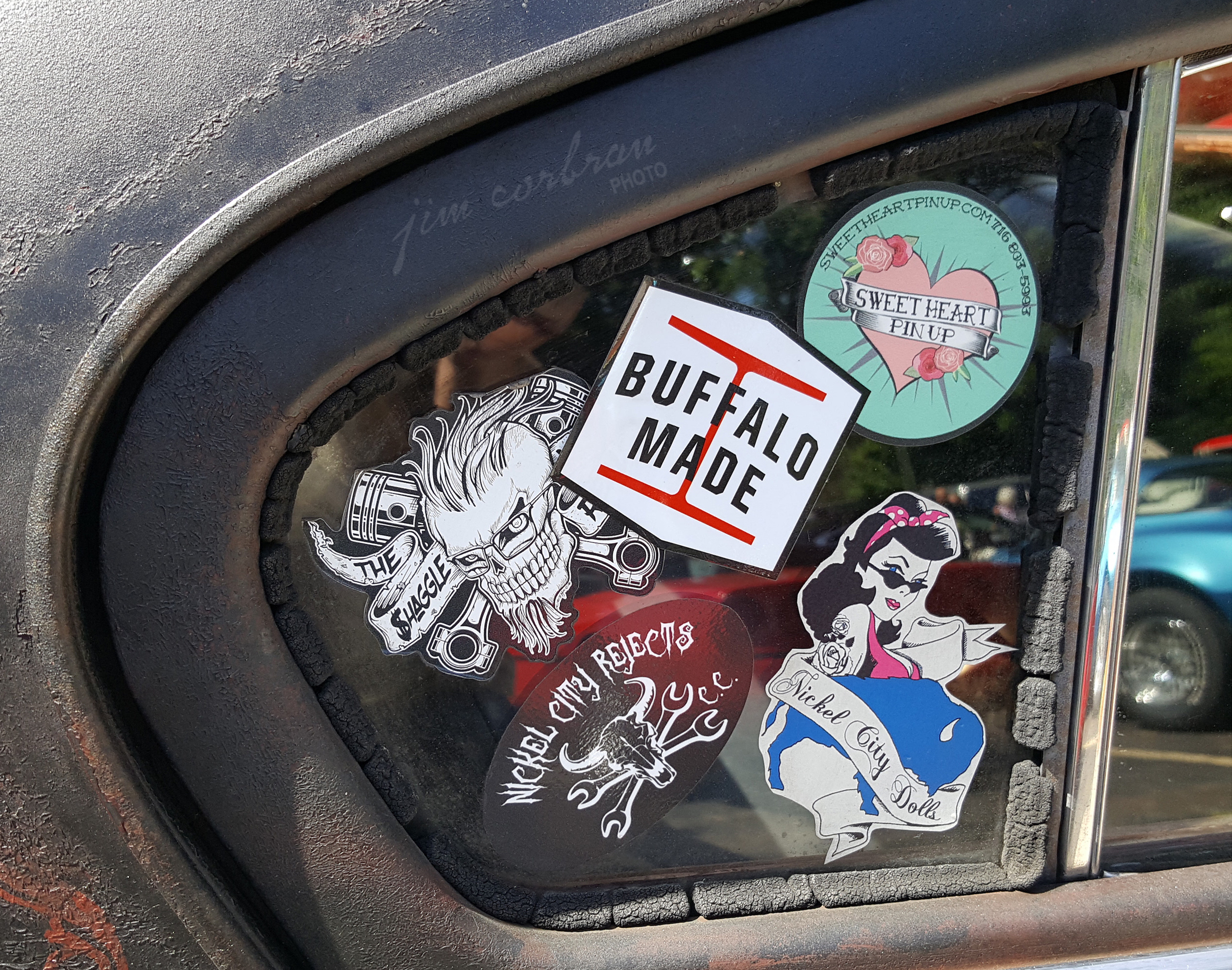 Before you ask, no, West Seneca’s Kasia Jones (pictured above) doesn’t drive this 1950 Chevy Fleetline this low to the ground — although, it might be handy for evening-out some of those WNY “speed bumps” we all encounter every day. She does however, regularly drive this old beauty, fondly known (as the plate says), as Kat’s Rat. And she doesn’t only drive it; the non-factory mods you see in the photos were all done by her in the past couple of years — including the carpeting (who wouldn’t want a replica of Grandma’s dining room carpet in their rat rod?, lol), faux wood paint on the doors (along with the other interior work, including a new headliner), and body work. The powertrain is a 5.3-liter V-8 out of a Chevy Tahoe, while the transmission is a modern GM 4L60 automatic. Miss Kat found the car a couple of years ago in Arkansas on eBay. The engine has about 70k miles on it, while the mileage on the car itself, unsurprisingly, is unknown. What is known, is that she'll be putting not only many more miles on this daily driver, but also smiles onto the faces of most everyone she encounters on the road. We saw Pinups and Hot Rods' Kasia and her car last weekend at the Cars & Cigars Car Show at the Sandy Beach Yacht Club on Grand Island.