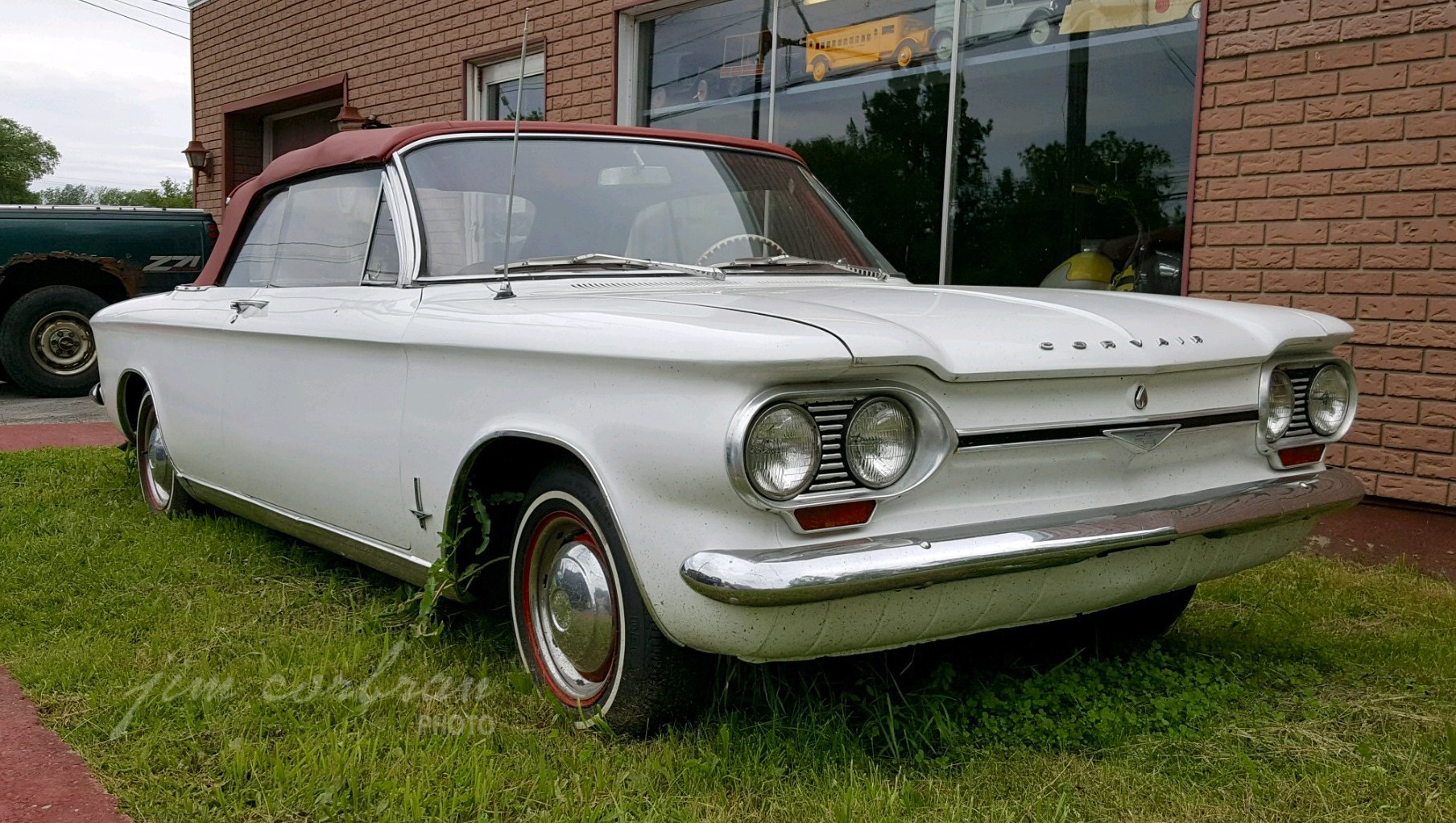 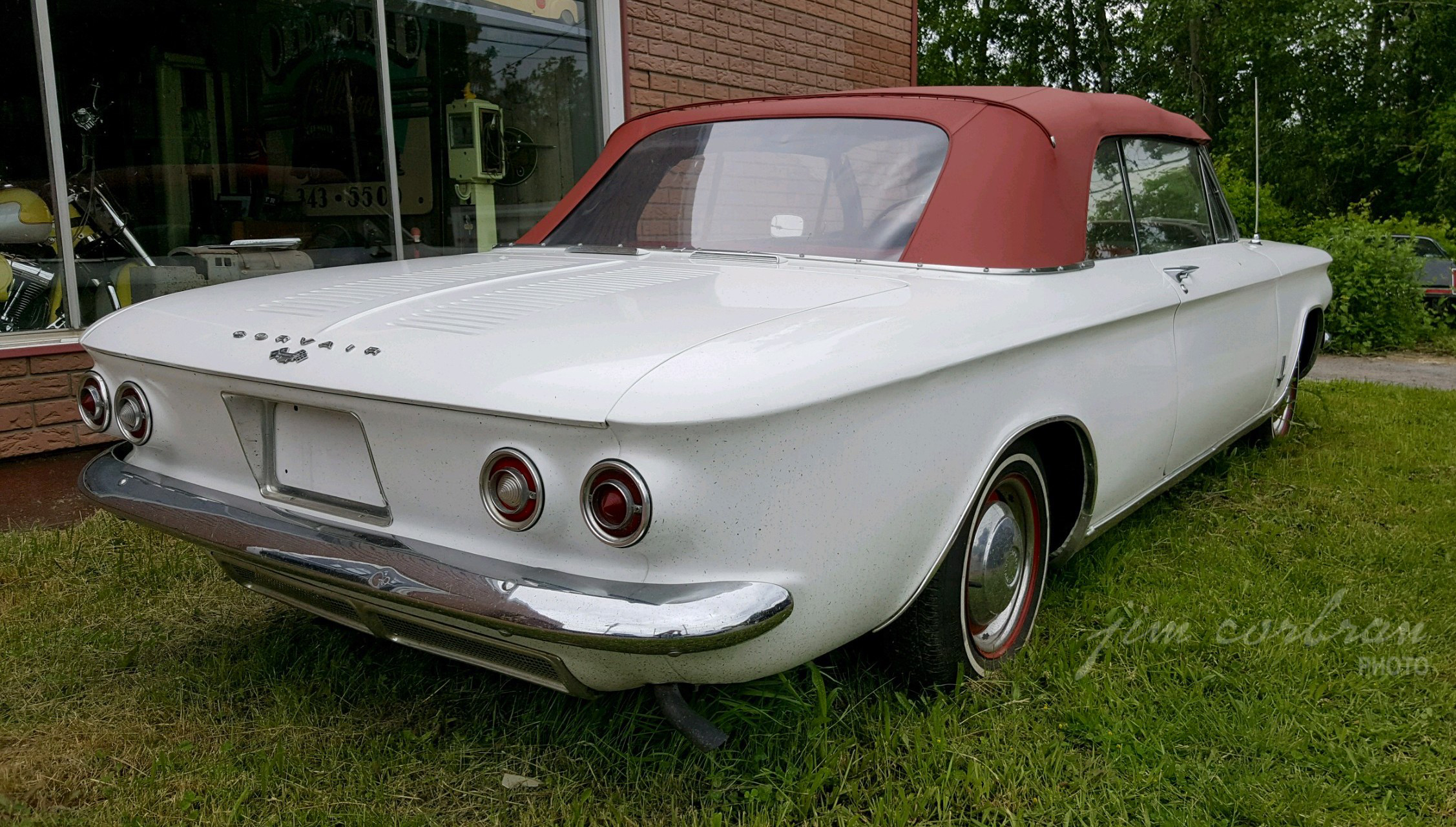 Brochure copywriters for the 1964 Chevy Corvair Monza had some strange priorities. Here’s how they started the new Monza’s description: “Driving kicks are still standard on the ’64 Monza. For a moment, however, try forgetting about that rambunctious new engine and look inside the ’64 Monza. First, there’s a new horn ring.” A new horn ring?! Be still my beating heart, Lol… The Monza, previously Corvair’s top-of-the-line model, was available as a Club Coupe and four-door sedan as well as the pictured convertible. The new turbocharged Monza Spyder (Club Coupe and convertible) was now at the top of the Corvair lineup. Non-Spyder Monzas came standard with Corvair’s 164 cu.in. 95-hp air-cooled, rear-mounted flat six; optional was the 110-hp version (Spyders’ engines were rated at 150 hp). Saw this white drop-top last weekend in Batavia.