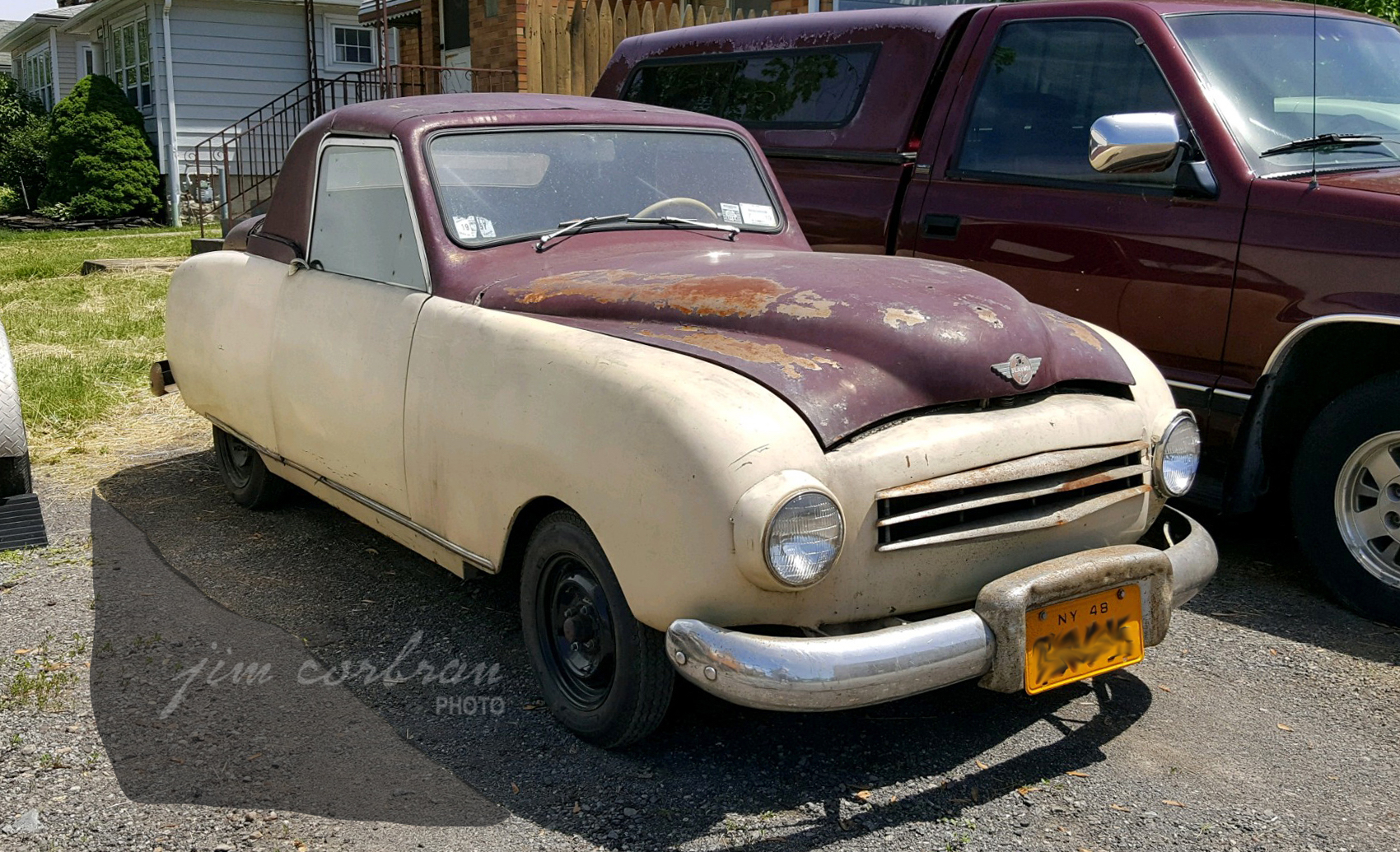 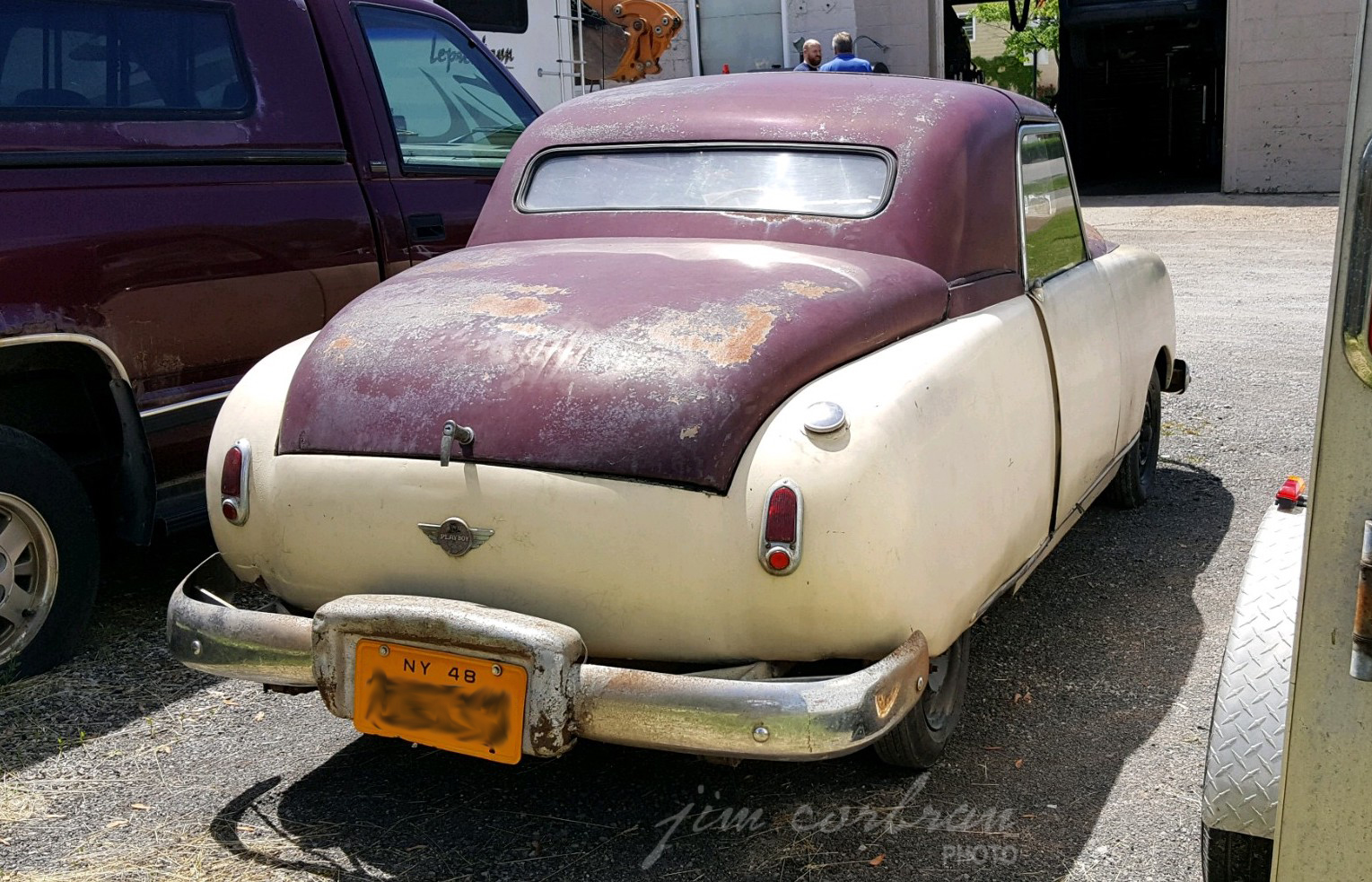 You know you’re in Buffalo (or at least, in one of the suburbs) when you turn a corner and find a 1948 Playboy in a neighborhood parking lot! Built just minutes from where we found this one a few weeks ago while bicycling through Kenmore, this two-toned retractable hardtop convertible is one of only 51 or so still thought to exist, out of the 99 or so (depending on which source you look at) which were produced. According to playboymotorcars.com, this one appears to be car #68, and from everything we’ve looked at, it seems to be the only one wearing what looks like a pair of 1949-50 Chevy taillights.