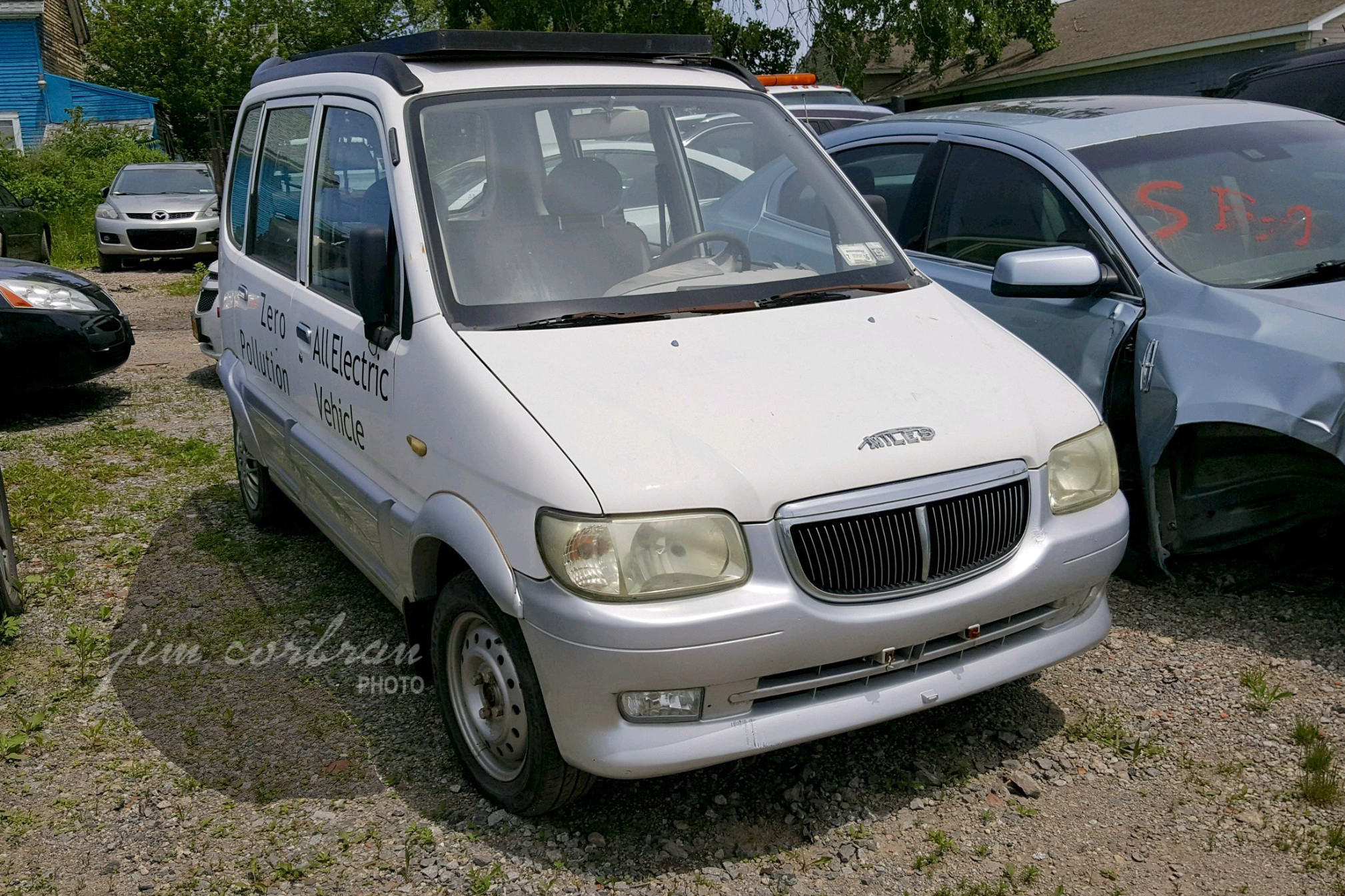 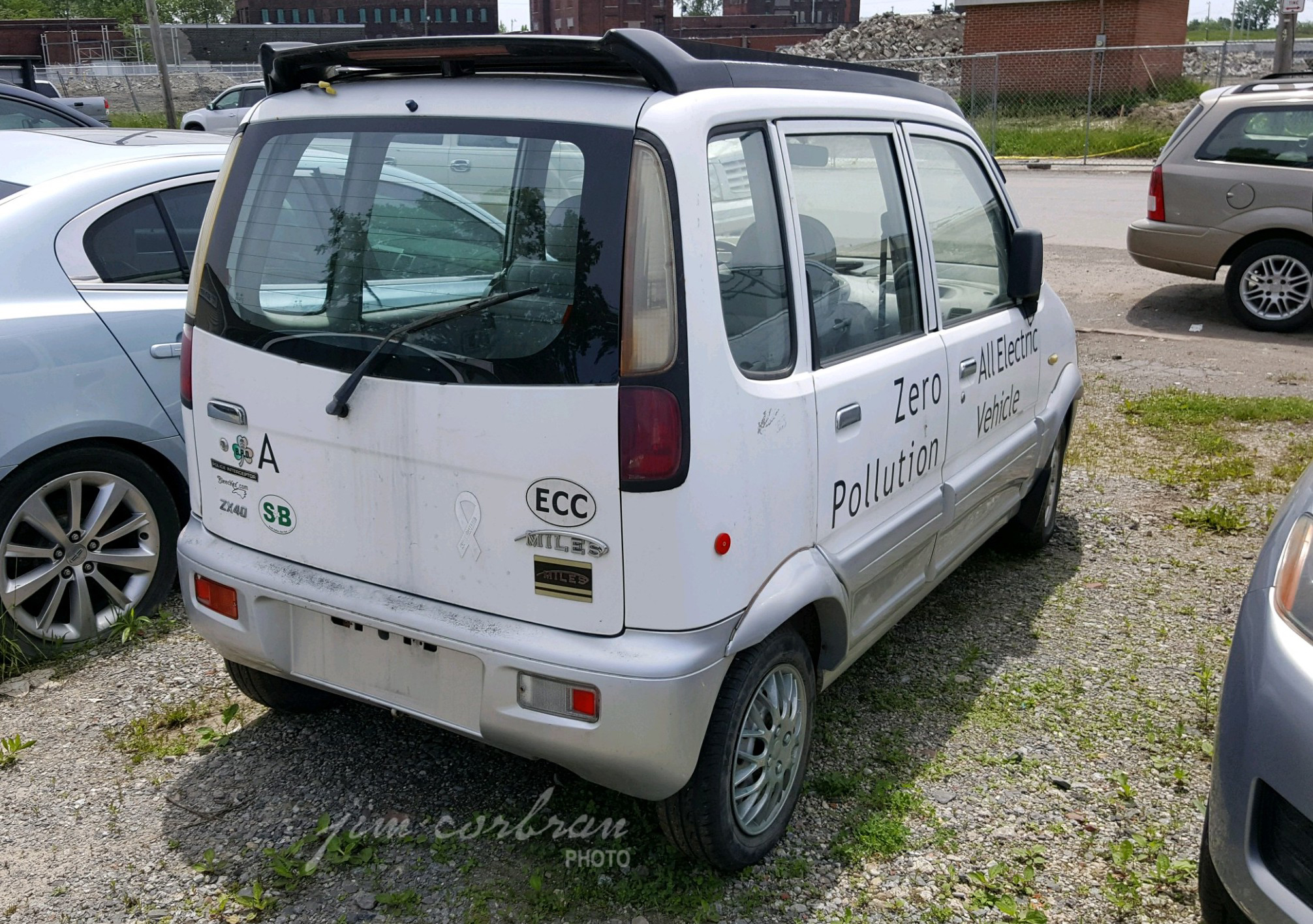 Finding this 2007 Miles ZX40 on a recent drive through South Buffalo just goes to show you that every once in a while you can still come across something you didn’t know even existed. The ZX40 was an all-electric vehicle built in China. Its confusing family tree has it based on a Japanese Daihatsu Move, which was sold in China as the Xingfu Shizhe (Happy Messenger), built by Tianjin FAW Xiali Automobile Co., Ltd. in Tianjin, China and marketed in the U.S. by the Los Angeles-based Miles Electric Vehicles. The "Miles" name slapped onto an all-electric vehicle isn’t as ironic here as it seems, as the company was started by a chap named Miles Rubin. (I guess the Rubin ZX40 wouldn’t have had the same zing.) Promotional literature called the ZX40 “A multipurpose, green solution for safely transporting people and sensitive equipment.” The American distributor filed for bankruptcy in 2013; I imagine that the ZX40’s top speed of 25 mph, making it illegal to drive on many American roads, didn’t help sales.