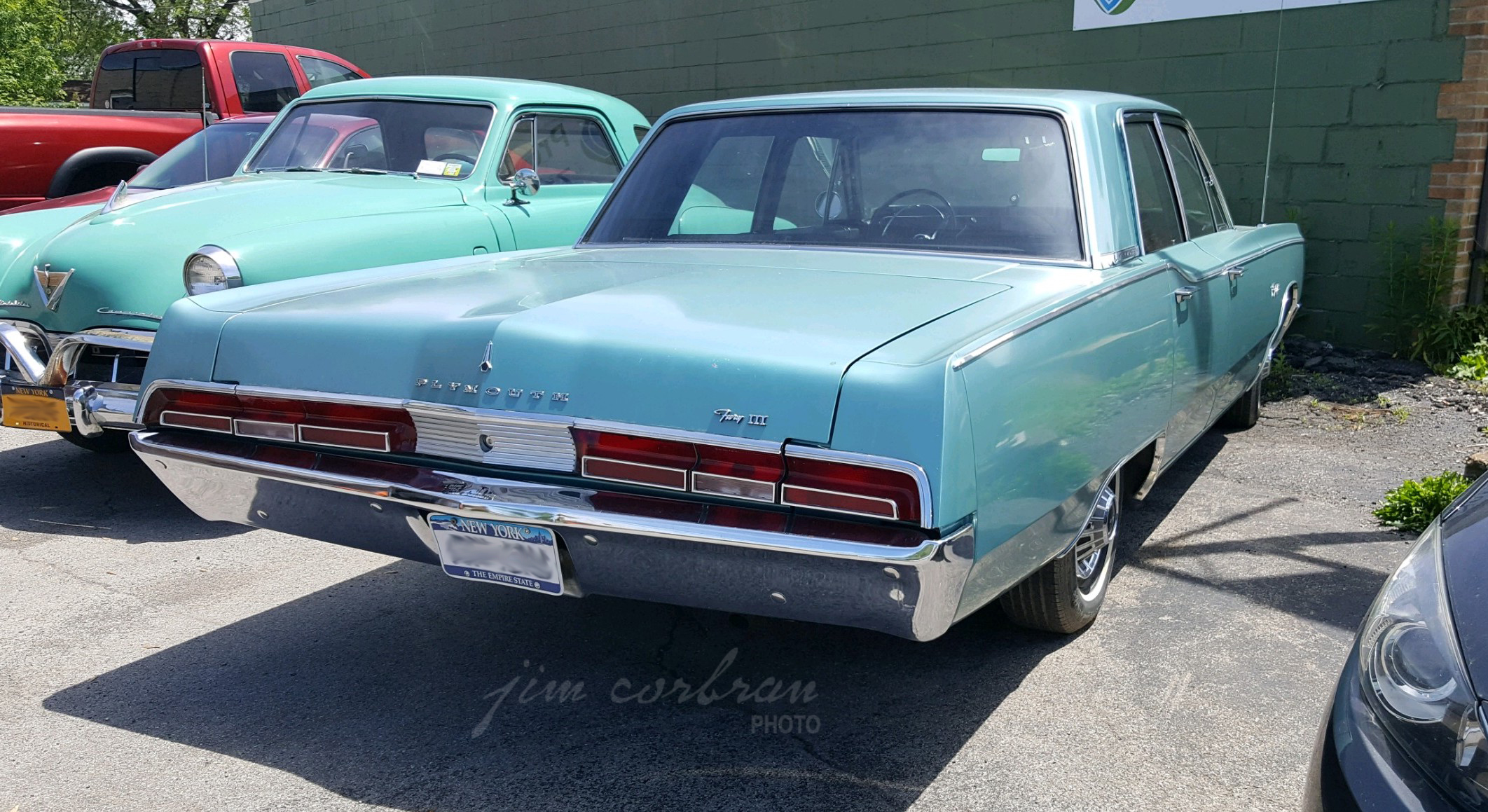 This 1967 Plymouth Fury III takes us back to a time when Detroit’s Big Three matched each other pretty much model-for-model in an effort to not be left out in the cold. This Fury III did battle with Chevy’s Impala and Ford’s Galaxie 500. All of Chrysler’s styling was rather angular back then, while GM’s was more flowing and Ford’s rather boxy. Something for everybody! Plymouth was rather proud of some of its interior appointments as well, for example urging us to “Now look at (their) Safe/Flight instrumentation. You can’t call this a dashboard anymore. It’s all toggles and roller-type controls. Lit by non-glare miniaturized floodlights. All hooded over by a panel of thick foam padding. Not only can you read the dials by night, but you can find the controls and the ashtray — without groping or breaking a fingernail.” Wow! Saw this Light Turquoise Poly example a few weeks ago in Kenmore. 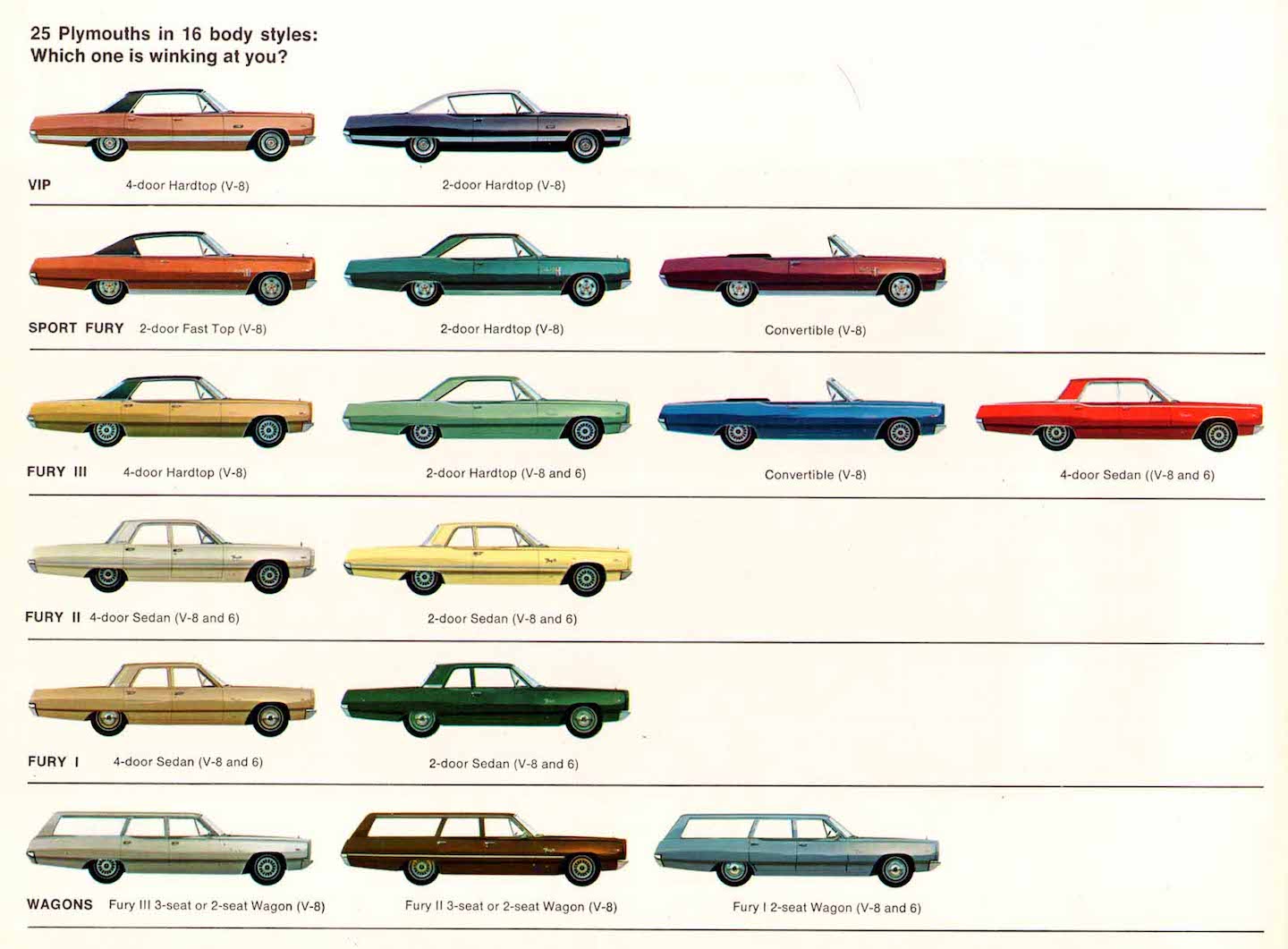