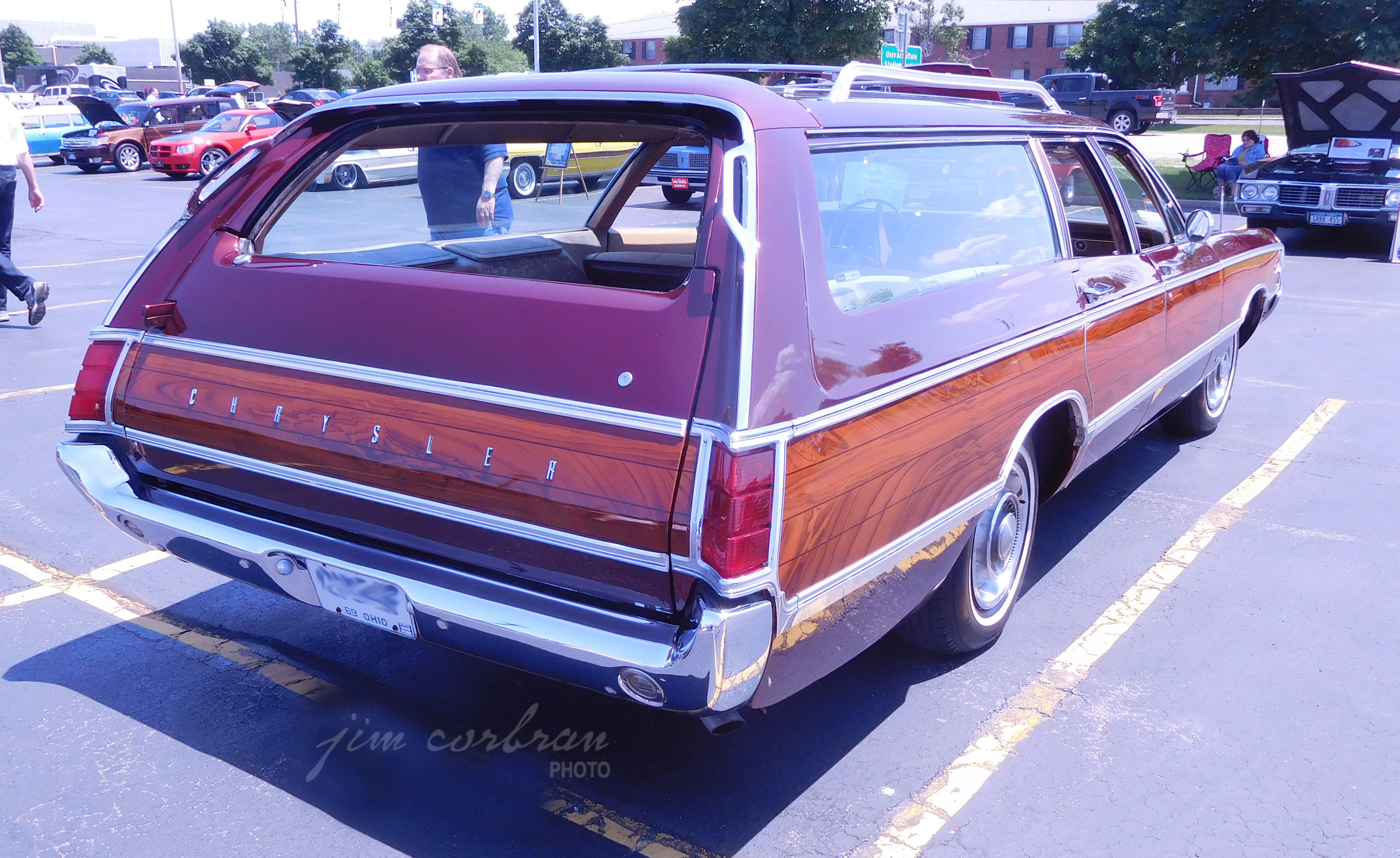 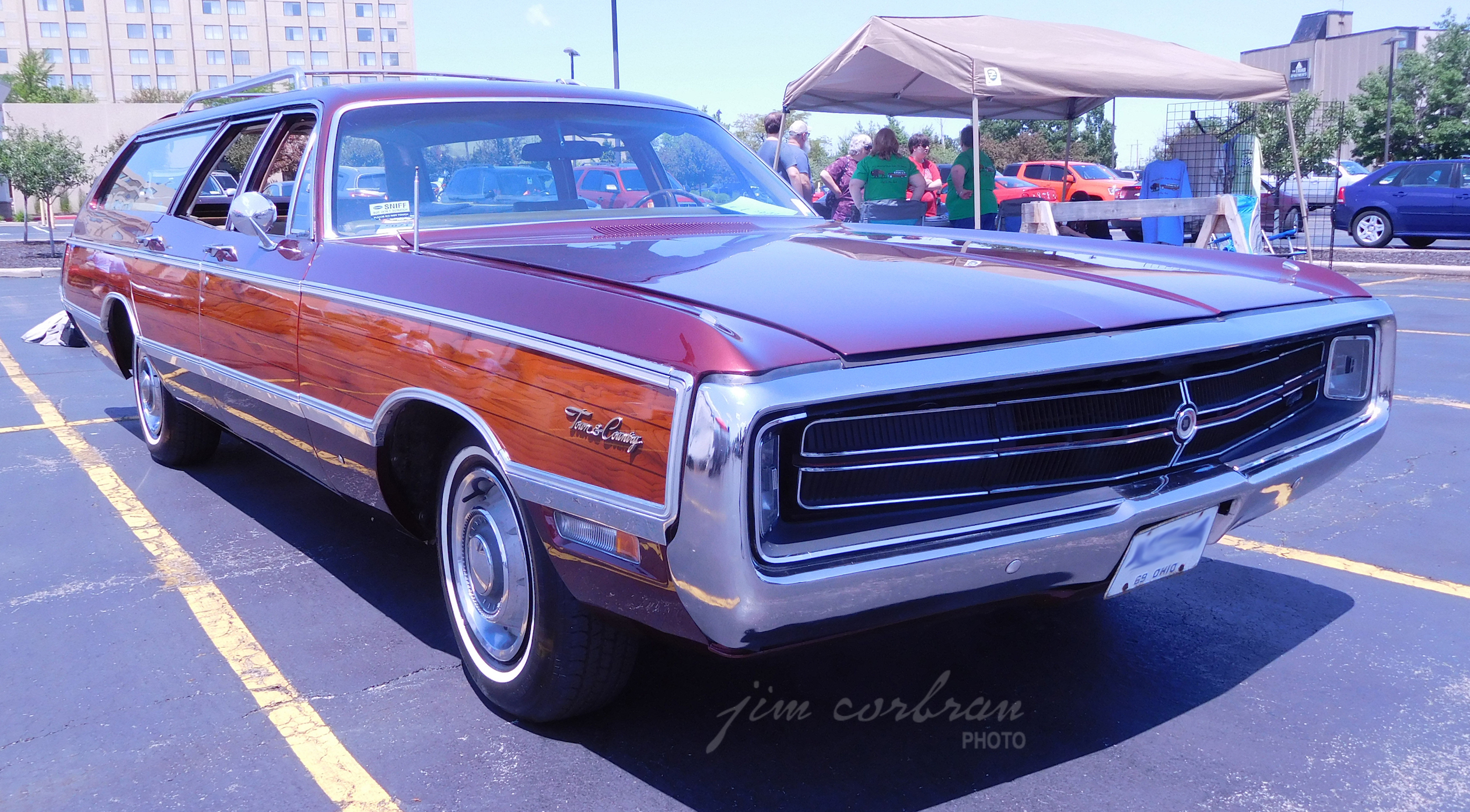 The brochure called the 1969 Chrysler Town & Country “The world’s best equipped station wagon.” Some of it was standard, including: “beautiful, scuff-resistant, Cherrywood vinyl apliqué; double-action tailgate; 3-speed concealed windshield wipers; 8.85 x 15 tires; rear roof airfoil vane; electrically-operated rear window; and a new double-action tailgate.” Needless to say, there were gobs of options to help drive up the MSRP ($4,583 for the 6-passenger model, $4,669 for the nine). Under the hood, Chrysler’s 383 cu. in. V-8 was also standard, connected to their TorqueFlite three-speed automatic transmission. Saw this one, which had traveled here from Columbus, Ohio, on Saturday at the show which helped wind down the International Station Wagon Club Convention, held at the Buffalo Marriott Niagara in Amherst.