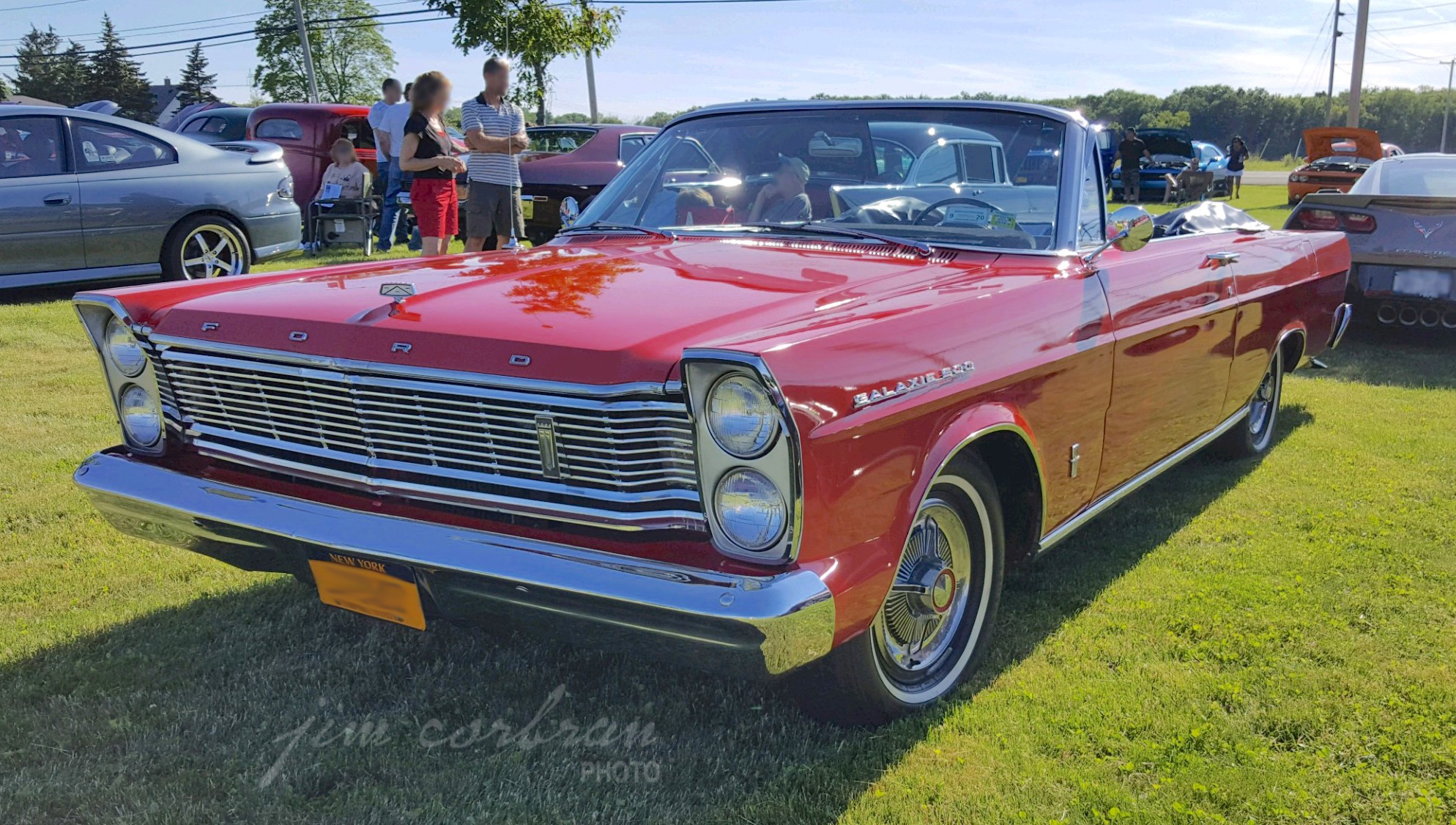 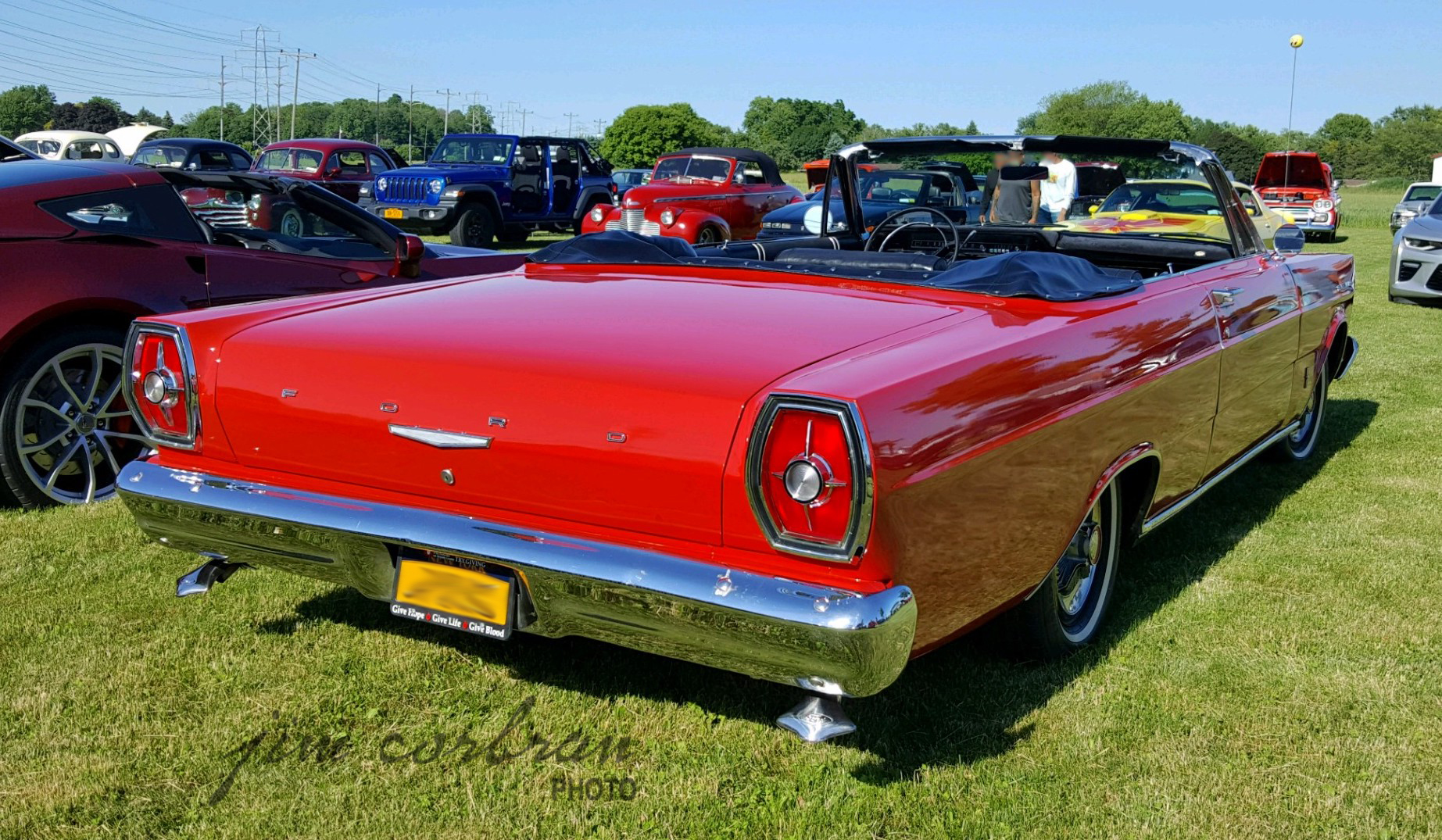 This 1965 Ford Galaxie 500 looks like it drove right out of the brochure onto the grounds of last Sunday’s weekly cruise night at Hoover’s Restaurant in Sanborn. Perhaps Ford’s copywriters weren’t quite schooled in political correctness when they penned this description of one of the features of its retractable roof: “Side-mounted top latches, easy enough for the most petite woman driver to operate.” Maybe petite men weren’t allowed behind the wheel of the new ’65 Fords, Lol. New on the outside this year were vertically stacked headlights, and a departure from the round taillights seen on most Fords dating back to 1952. Today’s RealRide has the optional 352 4-bbl engine with dual exhausts, which Ford advertised as the Thunderbird V-8.