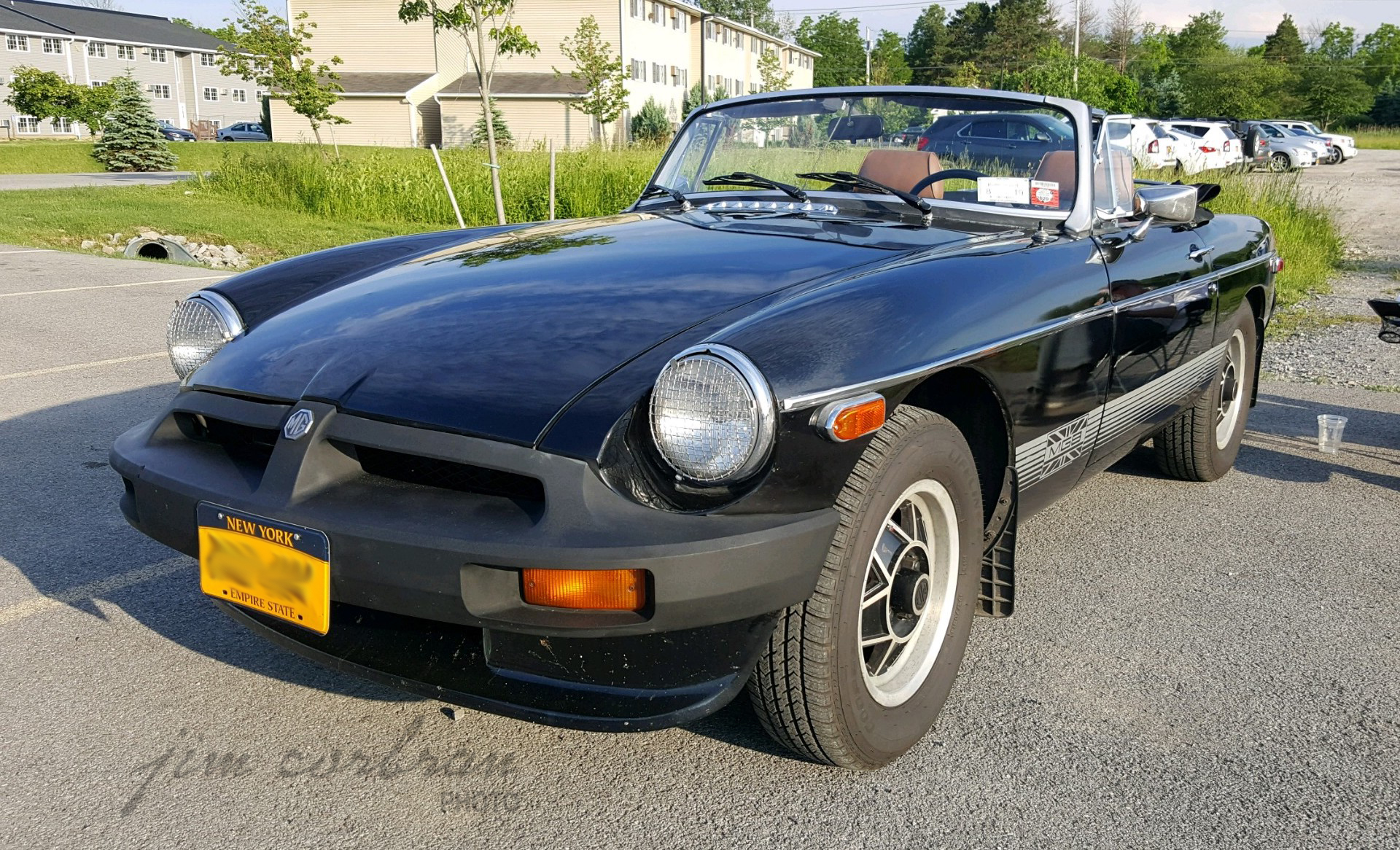 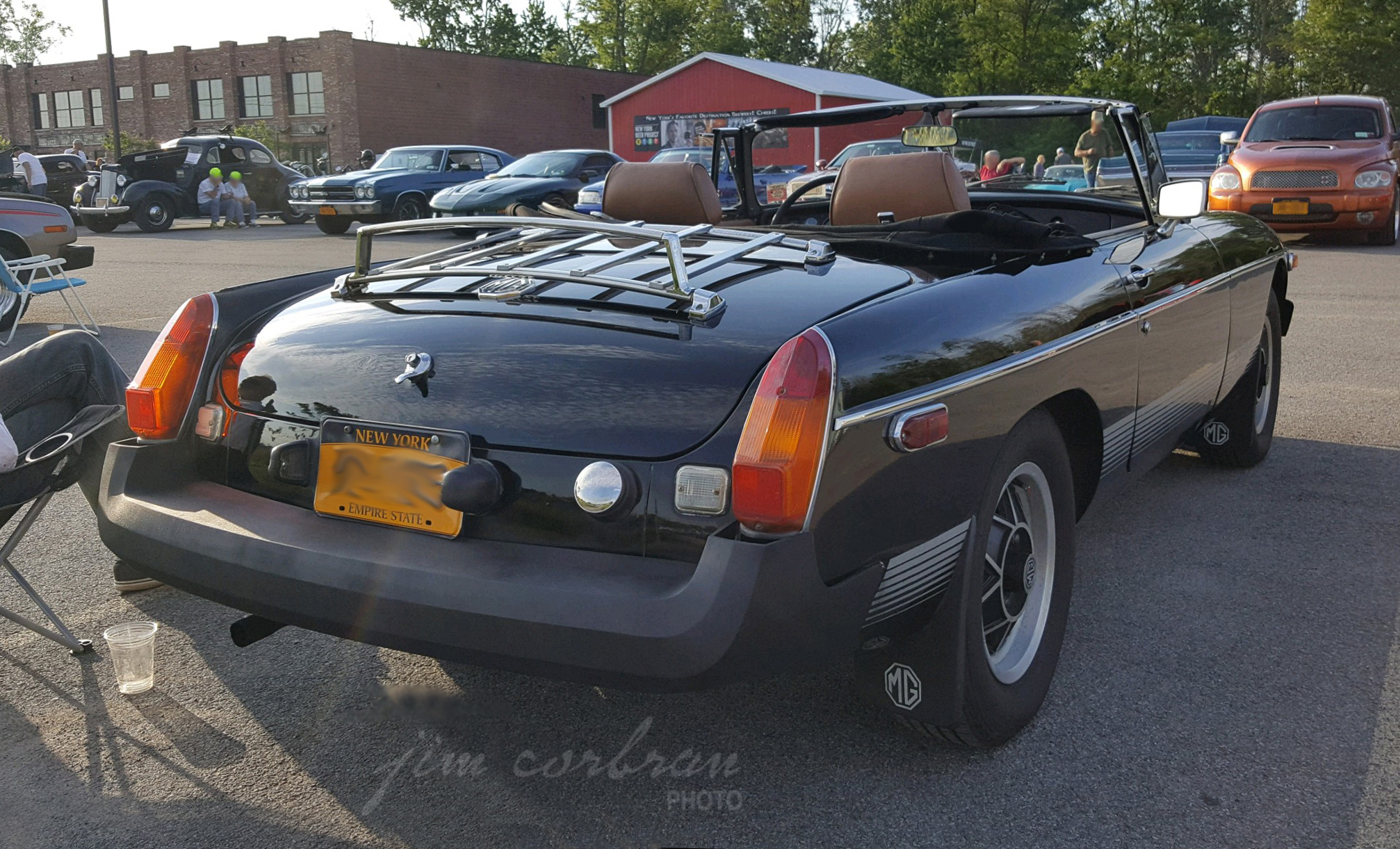 This 1980 MGB LE is one of only 6,668 which were produced for model years 1979-80. Available only in black in the North American market, extras which made it a Limited Edition model were:

MG was proud of the fact that for 50 years their sports cars had been “…coming out of (their) brick factory at Abingdon-on-Thames and into the record books of motor racing.” The LE was an effort to boost sales, which had been lagging for some time, not at all helped by U.S. safety- and smog-related regulations. Came across this one last Wednesday at a New York Beer Project weekly cruise night in Lockport. It was accompanied by new owner Kevin Lawniczak, along with his daughter Shannon, both of whom also hail from the Lock City.