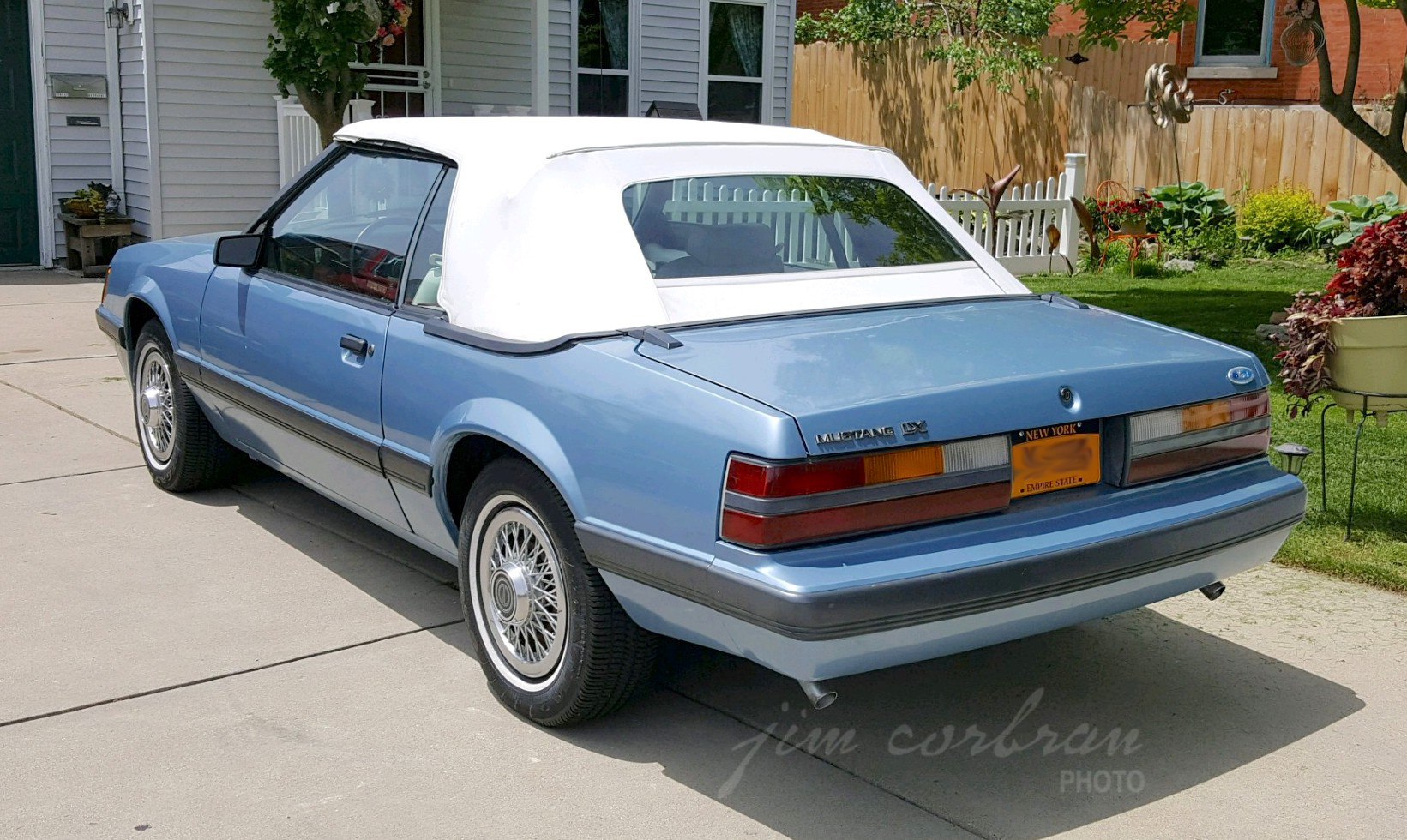 I’ll admit to not being a fan of most of the modern Mustangs. That being said, I’ll also admit that if I were old-car shopping, and someone waved this 1984 Ford Mustang LX in front of my face wearing a For Sale sign, I’d be all over it! Depending on your source, the ’84 was either a member of the third or the sixth generation of the original pony car. Still rear-wheel-drive, it was based on Ford’s Fox platform, which was originally developed for the Fairmont. For 1984 there were four series: the base model (L), LX, GT (& Turbo GT), and the high performance SVO. Ford described the LX as being “Designed for the person who wants to drive a performance oriented car that also provides an extra degree of comfort and convenience.” Saw this nice Light Academy Blue Glow convertible a couple of weeks ago while bicycling through the West Side of Buffalo.